A view of English Harbour, Antigua and Barbuda. Photo: IPI.

Nearly 90 percent of registered voters in Antigua and Barbuda went to the polls last week to elect a new government, and just about 58 percent of those voted for the opposition Antigua Labour Party (ALP). Its leader, Gaston Browne, was sworn in last Friday as the country’s new prime minister.

In April 2013, the International Press Institute (IPI) and its regional strategic partner, the Association of Caribbean Media Workers (ACM), visited Antigua and Barbuda as part of the organisations’ ongoing Campaign to Abolish Criminal Defamation in the Caribbean. During their visit, IPI and ACM delegates spoke with members of the United Progressive Party (UPP), as well as members from the ALP, including Browne. The latter pledged: “If the present government does not repeal this legislation by 2014, the ALP will do so within 90 days of taking power.”

Today, IPI calls on the newly elected prime minister to keep to his promise and repeal criminal defamation within the first three months of his administration.

“We are glad that Prime Minister Browne understands the importance of abolishing a law that represents a sword of Damocles for journalists covering issues of public interest in Antigua,” IPI Press Freedom Manager Barbara Trionfi said. “Should he keep the promise he made to us last year, Antigua and Barbuda would join the ranks of other Caribbean nations that have made substantial advances in press freedom in the last two years by abolishing criminal libel, including Grenada and Jamaica.”

During IPI’s visit to the twin-island nation, Browne referred to the current criminal defamation legislation in his country as “inimical” and gave his resounding support to IPI’s campaign, which, over the past two years, has supported journalists in the region in their efforts to abolish criminal defamation.

Indeed, representatives of the previous administration had also indicated to IPI that they were in favour of repealing the country’s Libel and Slander Act. In particular, then-Attorney General Justin L. Simon emphasised that “civil remedies are the proper consequence [for defamation], not imprisonment” and assured IPI: “You won’t have any difficulties in the repeal of criminal defamation here.”

Unfortunately, Simon’s reported efforts to garner enough support for the reform prior to Parliament’s dissolution on April 26 eventually failed. Antigua and Barbuda traditionally dissolves its Parliament prior to the holding of general elections.

As the new Antiguan government prepares to define the priorities of its term in office, IPI urges Prime Minister Browne to hold true to his commitment and, by abolishing criminal defamation, bring the laws of the country in line with UN and OAS standards and recommendations in this area. 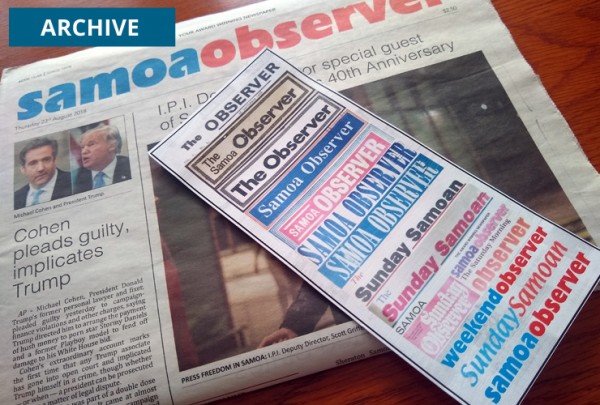