One year after an International Mission to Mexico, the government has failed to fulfil its commitments, and the freedom of expression situation in the country is worsening.

– In November 2019, a coalition of 17 international organisations dedicated to defending and promoting freedom of expression and information (ISCO SOJ Coalition[1]) undertook a mission to Mexico to address the situation of impunity in cases involving crimes against journalists

– One year after this International Mission to Mexico, the government has failed to fulfil its commitments, and the freedom of expression situation in the country is worsening.

Throughout 2020, the freedom of expression situation in Mexico has been worsening. ARTICLE 19 has documented a 45% increase in attacks against the press in comparison to 2019.[2] Since the mission to Mexico, at least seven journalists have been assassinated, with the crimes having possible links to their journalism work.[3] In addition, Reporters Without Borders (RSF) reports that at least 21 journalists have disappeared since 2003, representing the highest figure in the Americas.[4] Moreover, in 2020, Mexico rose one spot on the Global Impunity Index of the Committee to Protect Journalists, now occupying sixth place – just below open war zones.[5]

The authorities in Mexico have continued both their stigmatising discourse around journalists and the criminalisation of journalism, despite warnings about the risks of doing so. Both the federal executive branch and government representatives in various states have undermined those who question, criticise, or report on the actions of public officials. In his September and October morning press conferences, President Andrés Manuel López Obrador publicised a series of “reports” in which the press were labelled as “adversaries”, based on whether they covered the president in a “positive” or “negative” light. These actions exacerbate existing polarisation and antagonism toward the work of the press, and represent a form of intimidation. On October 22, ARTICLE 19, the Committee to Protect Journalists (CPJ) and RSF called on the president to fulfil his commitment to stop stigmatising the press.[6]

During their visit, members of the Mission met with a wide range of authorities. As a result, the Mexican government made a commitment to comply with the recommendations of the United Nations Office of the High Commissioner for Human Rights (OHCHR) regarding the country’s Mechanism for Protection of Human Rights Defenders and Journalists (Mecanismo de Protección para Personas Defensoras de Derechos Humanos y Periodistas). In October, however, the Mexican Congress voted in favour of an initiative to eliminate 109 government trusts and other public funds. The Comprehensive Aid, Assistance and Reparations Fund for victims of crime and human rights abuses, and the trust fund that supports the Mechanism for Protection of Human Rights Defenders and Journalists, were among those eliminated.

This decision breaks the commitment made by the Mexican government during the Mission, serving instead to accomplish the opposite: it weakens the sustainability and operational functioning of the Mechanism, and increases the vulnerability and exposure to risks experienced by journalists and victims of crimes and human rights abuses. The move also lacks transparency and clarity, failing to provide information regarding measures that will be taken or financial mechanisms that will be put in place to ensure availability of the necessary resources for the programmes that lost funding.

In 2019, according to CPJ’s Global Impunity Index,[7] Mexico was in seventh place worldwide, with the second highest number of cases of journalist assassinations where justice has not been served. In the various meetings held during the Mission, a call was made for the Mexican government to reduce impunity in crimes against journalists by 2% per year. Impunity in these types of cases currently stands at 98%.[8] Investigations into freedom of expression crimes, however, are at a standstill and the impunity index remains unchanged.

The government and media outlet companies have also failed to provide guarantees to journalists and media outlets during the Covid-19 pandemic. Media personnel are particularly vulnerable during the pandemic, as they are responsible for providing coverage of press conferences and undertaking reporting in high risk environments such as hospitals. According to ARTICLE 19 Mexico, 32 journalists[9] have died since April after contracting the virus, the majority of whom contracted the virus during journalistic coverage. In addition, from March to September, ARTICLE 19 Mexico documented 73 attacks on journalists who were covering issues associated with the pandemic.

A year after the visit to Mexico, the demands made during the Mission, and the need to attend to the adverse conditions experienced by those who practice journalism and those who exercise their right to inform, are more urgent than ever. The growing stigmatisation, the weakening of institutions, the increasing violence and the undiminished impunity, all provide a clear message: the press in Mexico is under siege, and the obligation to create conditions conducive to journalism without threat of violence remains outstanding.

The member organisations of the ISCO SOJ Coalition once again call upon the Mexican federal and state governments to:

[5] Getting Away With Murder: CPJ’s Global Impunity Index 2020: https://cpj.org/reports/2020/10/global-impunity-index-journalist-murders/

[8] Figure obtained from Statistical Report of the Mexican Attorney General’s Office (Fiscalía General de la República, FGR), updated in September 2020. Since its inception, the Office of the Special Prosecutor for Attention to Crimes Committed Against Freedom of Expression (Fiscalía Especial para la Atención de Delitos Cometidos contra la Libertad de Expresión, FEADLE) has reported that a total of 1337 inquiries have been initiated, of which only 20 cases have resulted in sentencing. 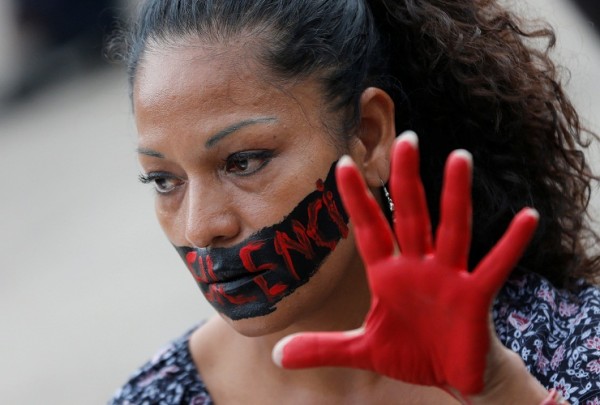