The International Press Institute – the global network of editors and media executives dedicated to protecting and promoting freedom of the press – is deeply concerned about the recent closure of the Swazi Observer group of papers. The closure is all the more disturbing as it would appear it is a direct reaction to the refusal of journalists to reveal their confidential sources of information.

We have been informed that the group’s board of directors announced on February 17 that the newspapers be closed immediately and that everyone should leave the building. The Swazi Observer group of papers, which is made up of the Daily Observer, the Weekend Observer, and Instantseli, is owned by the Tibiyo Takangwane Company, which in turn is owned by King Mswati III on behalf of the Swazi people. While the board claimed their decision was to facilitate restructuring and financial organisation, it is understood that the decision was prompted by the Royal Palace.

In the months preceding the closure, journalists from the papers had been put under great pressure by police and the attorney general to reveal sources of confidential information. A senior reporter, Thulani Mthethwa, was interviewed by the police and asked why he had written a story reporting that the police were hunting an unnamed suspect linked to a 1998 bomb explosion. The police claimed that the report had foiled their plans to make an arrest. They also wanted to know the source of the story.

On January 10 and 11, Mthethwa was called in again by the police and asked to reveal the source of an apparently confidential letter that was written about in the paper. The journalist again refused to reveal his source. The attorney general then brought the matter to court in an effort to oblige the journalist to reveal his source. The High Court judge declined to issue the order. On February 15, Mthethwa, along with his managing editor, Francis Harawa, news editor Musa Magagula, and fellow journalist Thulani Twala were called in front of the board of directors. The board demanded to know the identity of the source of the letter. When the journalists refused they were warned there would be devastating consequences. On the same day, the four staff members were called in by the prime minister who also, unsuccessfully, tried to get them to reveal their source. Two days later the papers were closed down.

IPI strongly condemns these actions. Freedom of the press is an essential component of a democratic society. The right of journalists to protect their confidential sources of information protects press freedom and the free flow of information. If this right is infringed upon, sources of valuable information dry up instantly.

It would appear that the newspaper has been closed purely to punish the editorial staff for refusing to give in to the pressure of the state. The Swazi state’s harassment of journalists and the decision to close down these titles is a flagrant violation of freedom of the press.

We urge you to ensure that the newspapers are reopened immediately and allowed to operate with full editorial independence; that journalists in Swaziland are permitted to practice their profession without harassment; and that the right of journalists to protect their confidential sources of information is respected as a right that serves the public’s right to know. We further urge you to make a firm public commitment on behalf of the Swazi government embracing the principles of freedom of expression.

We thank you for your prompt attention. 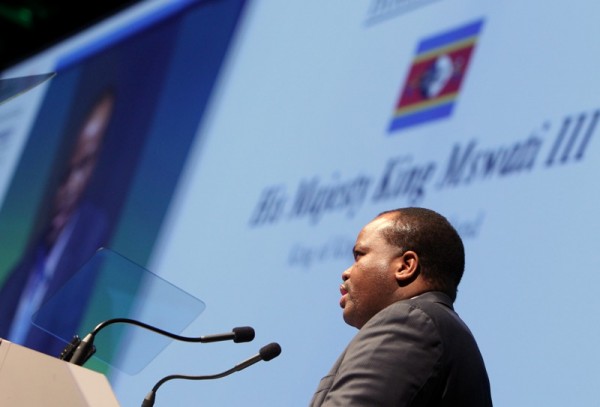