IPI publishes report on media capture in the Czech Republic

The International Press Institute (IPI) today published a new report on media freedom and independence in the Czech Republic. The report focuses on the spread of media capture under the former government of Andrej Babiš and sets forth recommendations for the new government of Petr Fiala to reform and strengthen independence and pluralism in the media sector.

Babiš, one of the Czech Republic’s richest men and owner of the Agrofert conglomerate, served as finance minister from 2014 to 2017 and as prime minister from 2017 to 2021 after purchasing the publishing house Mafra and using it to launch his political career. Babiš left government in November 2021 with a record of undermining the public broadcaster, steering government advertising to his media, and generally using his media power to promote and defend his government’s record.

As the report shows, media capture in the Czech Republic differs fundamentally from countries like Hungary. Rather than a state-led media takeover, the Czech Republic witnessed the acquisition of many of the country’s largest private media outlets by a handful of oligarchs for whom media could be used to promote their wider business interests. This development had serious consequences for media pluralism and the standards of journalism. Meanwhile, once in power, Babiš arguably sought to mirror certain media-capture strategies adopted in Hungary and Poland, while other oligarch-owned media limited their criticism of Babiš and his ANO party.

The report also examines how high-quality investigative journalism retreated from mainstream media to a community of small digital outfits that, despite their reduced resources, have been able to maintain a crucial check on power.

The report examines growing pressure on the public-service broadcaster Czech Television (CT) under the Babiš government. While the struggle for control of CT weakened its independence, the broadcaster ultimately held out against full capitulation, remaining a beacon of public-service journalism in the region. In this light, the report looks at key reform proposals to strengthen Czech public media’s defenses against future attempts to compromise its independence.

The report also details how government advertising funds were directed to benefit Mafra media owned by Babiš and recommends policy reform to end the abuse of government funds to reward positive media coverage.

The new Czech government now has the opportunity to strengthen the media sector through a robust reform of the rules on public media and the use of public funds as well as through policies ensuring the support of the quality journalism sector. The report provides key recommendations toward this end.

In July 2022 the Czech government will take over the Presidency of the European Union where it has already announced that media freedom will be central to its agenda.

The report is authored by Michal Klíma, who was the chair of the IPI Czech National Committee until February 2022 when he accepted a position as the advisor to the Czech prime minister on media issues and on countering disinformation.

The report was presented during the panel “Competing Models of Media Capture in Europe” at the Media Freedom Rapid Response Summit on March 24. 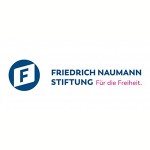