IPI welcomes the decision by Indian authorities, urges other countries to follow

On October 27, India’s Supreme Court ordered an independent inquiry into whether the government used the Pegasus spyware to illegally surveil journalists, political opponents and activists. The committee, consisting of three cybersecurity experts and led by former apex court judge RV Raveendran, will deliver their report in two months.

The order came as a response to cases filed by several Indian journalists and activists who were suspected victims of Pegasus spyware. The government offered to form its own committee of experts “to dispel wrong narrative”, but the Supreme Court refused the request.

The IPI global network welcomes the decision by India’s Supreme Court and calls for a swift, thorough investigation into the case, the results of which must be used to hold those responsible to account. The safety and privacy of journalists and their sources are cornerstones of press freedom and democracy, and the use of Pegasus spyware has is a serious threat to the ability of journalists and newsrooms in the country to do their job. State authorities are not above the law, and illegal surveillance of journalists and dissident voices must be investigated and prosecuted accordingly in every country where the spyware has been misused.

Pegasus is a tool designed to hack the target’s smartphone. Once installed, Pegasus can extract nearly any form of content as well as turn on microphones and cameras, including in real-time. The Pegasus Project, a global consortium of 17 news outlets led by Forbidden Stories, revealed suspected large-scale surveillance of journalists, politicians and activists around the world last July. According to the leaked data, India was one of the countries believed to have used Pegasus to spy on its own citizens.

The Indian government has refused to confirm if it uses Pegasus or not, and only provided a short affidavit on the matter claiming the allegations were based on speculations and that “there is no substance in the accusations”. The subject is highly sensitive, as India’s surveillance laws allow spying, but outlaw hacking, even if it is done by the state. “The state cannot get a free pass every time by raising national security concerns. No omnibus prohibition can be called against judicial review,” the judges said according to media reports.

The Hindu, a prominent English-language daily in India, was one of the newspapers whose journalists were found on a list of suspected targets of Pegasus spyware. “It is heartening that the Supreme Court has reiterated that privacy is a constitutionally protected right and any intrusion into privacy unrelated to a legitimate state interest would be unconstitutional”, Narasimhan Ravi, editor-in-chief of The Hindu and the chair of IPI’s Indian National Committee, told IPI. “It is particularly heartening that the court has recognised that freedom of the press implies that both journalists and their sources need to function free from any fear of being under surveillance.”

He added: “On the specific issue of Pegasus, it is somewhat disappointing that the court was unable to arrive at any finding on whether there was in fact illegal surveillance of Indian WhatsApp users including journalists. It is not clear if the committee appointed by the court would be able to get at the truth on Pegasus and fix the responsibility for abuse of power.”

Neverthless, Ravi believes the inquiry will eventually have a positive effect on press freedom in India. “The court has declared that the claim of national security cannot provide a free pass for every state action, but it remains to be seen how far the court and the committee would push in the face of the government’s obduracy”, Ravi said. “Still, the committee’s mandate includes coming up with recommendations on measures to prevent illegal surveillance in the future, and some good will certainly come out of it. The Supreme Court’s judgement holds out the hope that the protection of privacy and press freedom would both be strengthened ultimately.”

Pressure is growing over Pegasus worldwide. On November 3, 2021, the United States government announced it will blacklist Israeli company NSO Group, the creator and distributor of the Pegasus spyware. The company is now banned from purchasing any type of American technology. NSO Group claims its technology is sold only to government and law enforcement agencies and solely for the purpose of fighting terrorism and tracking down serious criminals. The company said it has cancelled contracts with government customers after rights abuses came to light. 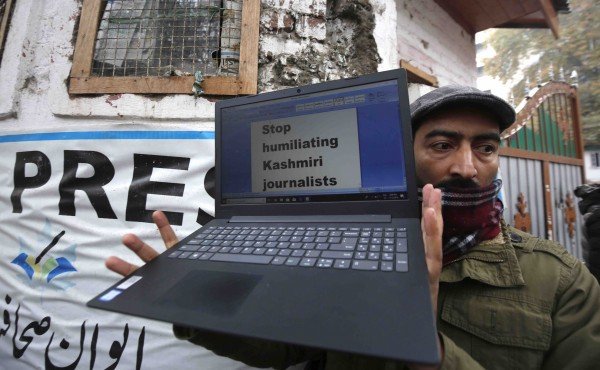 Two years ago, Kashmiri journalist Qazi Shibli sat in a prison cell not knowing when he wo…
Read More 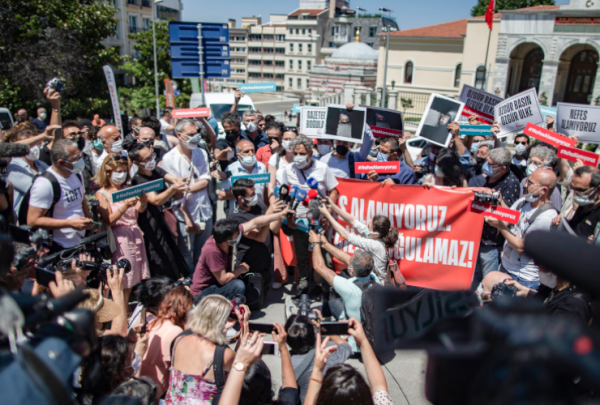