The International Press Institute (IPI), a global network of editors, media executives and leading journalists for press freedom, today condemned a Hong Kong court decision convicting Jimmy Lai of unlawful assembly and described it as another attempt by China to muzzle independent media.

The district court in West Kowloon in Hong Kong today convicted Jimmy Lai, founder of Next Digital media group, which publishes the Apple Daily, and six others  of unlawful assembly on August 18, 2019 with regards to the massive demonstrations in the region two years ago. The judge ruled that all those convicted will remain in custody until the sentencing, which will be announced at a later date. Lai was arrested on August 10 under the National Security Law and has remained in custody.

“While this case takes aim at the right to peaceful assembly, there is no doubt that the Chinese authorities are pursuing a campaign of intimidation against Jimmy Lai due to his role at Next Digital and Apple Daily, which has maintained a critical editorial stance toward Beijing”, IPI Deputy Director Scott Griffen said. “This is part of China’s accelerating efforts to abolish freedom of expression and press freedom in Hong Kong – basic rights that have been enjoyed by the territory’s citizens for decades. We condemn the conviction of Jimmy Lai and call for a strong response from the international community.”

Lai is the first publisher to be arrested under the new law, which has attracted widespread condemnation from governments and civil society around the world. He has been arrested in the past, too. Lai was arrested along with at least 13 other pro-democracy figures on April 18 on charges of joining anti-government protests in 2019 sparked off by the now-withdrawn extradition bill. 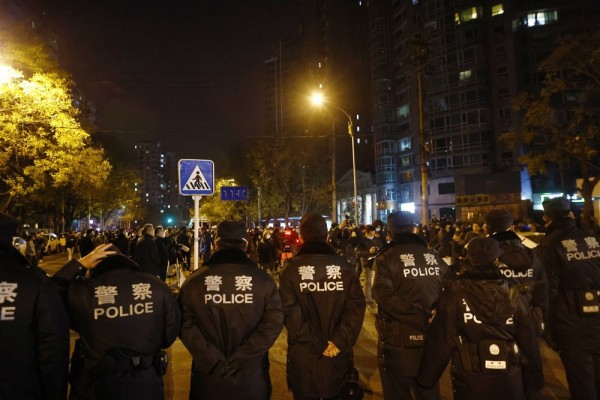