A democratically elected government led by the Communist Party of Nepal is doing its best to shackle the press through repressive laws. Nepali media outlets and journalists have thwarted the government’s several ill-intended moves so far, but they know the joy may not last longer.

Nepal has undergone major political changes in a short span of time. It resolved the decade-long Maoist insurgency in 2006; it moved from a monarchy to a republic, and from a unitary state to a federal state with the promulgation of its new constitution in 2015. Though the ruling Communist Party of Nepal was one of the major stakeholders in drafting the new democratic constitution, the state is now showing its uglier side after the media showed no mercy in exposing its corruption and irregularities.

Nepal’s prime minister, KP Sharma Oli, had become the darling of the press before the 2017 elections because he had taken a strong nationalist stance at the time of economic blockade imposed by India. But soon after forming the cabinet, the government proposed severe restrictions against political protests and rallies. This move put the press on alert and kept the PM and the mainstream media at the odds.

Despite being under severe pressure from the government, the Supreme Court rescued people’s freedom of expression by withholding the restrictions.

But PM Oli and his party would not give up so easily. The government introduced a new criminal code, which criminalized recording and listening to conversations between two or more people without their consent, prohibited disclosing private information without permission (including that of public figures), and criminalized satire that disrespects individuals. Due to strong opposition from the national and international media, the government had to agree that those provisions would be waived for journalists. However, the sword still hangs above the media’s head because the government can change its stance at its will.

The IT Act has provisioned huge fines and severe penalties for the “misuse” of social media. Under this Act, the government is capable of closing all social networking sites if they are not registered in Nepal. Experts have termed it a blatant violation of freedom of expression. The government had already taken several actions against media houses on the basis of the Electronic Transactions Act, including one against Tandav media from Pokhara. But the government had to blink again due national and international pressure. So no further action has been taken against the press under the Electronic Transaction Act, and the IT Act has not yet been imposed.

The Media Council Bill is lingering in the parliament due to protests from the opposition party, media and civil society. If it is passed, the press will be controlled by the Council, which will be mainly governed by bureaucrats and party’s henchmen.

Having failed so far to gag the press, the prime minister has publicly blamed editors as not having the heart to praise the government. Interestingly, the premier criticized the press for not being objective and conspiring against his government in a public message delivered on May 1, Labour Day. He did not give any message on May 3, World Press Freedom Day.

Prateek Pradhan is a Nepali journalist and the editor of the online portal www.baahrakhari.com. This article is a guest blog. Any views expressed here do not necessarily represent those of IPI. 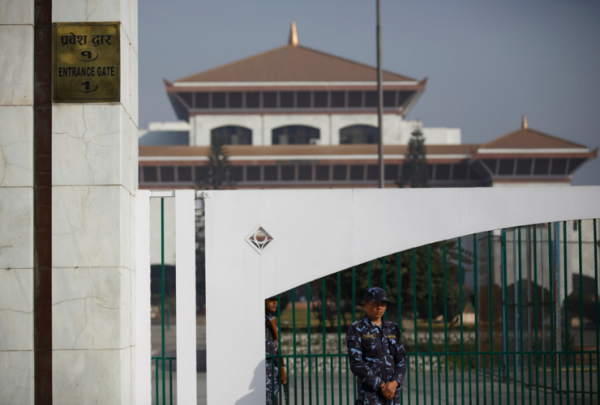