As part of the Media Freedom Rapid Response (MFRR), which tracks, monitors and responds to threats to press and media freedom across Europe, we are concerned by attempts of the UK Government to restrict media scrutiny of its policies and discredit critical reporting. An independent media is vital to hold governments to account, inform the public and share information that strengthens civic debate.

However, a number of decisions by the UK Government have severely undermined this principle. This includes the attempt to change Government policy, brought forward without consultation, to be able to select which media outlets it would brief, resulting in a number of outlets losing access to ministers, advisors and the civil service. The Head of Communications for the Prime Minister, Lee Cain told reporters: “we’re welcome to brief whoever we like, whenever we like.” This selective approach threatens to reward positive coverage, irrespective of the detail and factual basis of the reporting and isolate and punish critical coverage.

Further to this, the Government has declined to put forward ministers or representatives to be interviewed on BBC Radio 4’s Today show and BBC One’s Newsnight, alongside ITV’s Good Morning Britain and Channel 4 News. This apparent boycott severely restricts the ability of media outlets to adequately scrutinise Government policy and by extension the ability of the public to access reliable information. This is even more problematic during the COVID-19 pandemic, where accessing impartial and accurate information could improve public knowledge and health, and potentially save lives.

On 20 May, James Cusick, editor of openMedia at openDemocracy was told by Pippa Crerar, the Chair of the Parliamentary Press Gallery that openDemocracy would not be invited or allowed to ask any questions at the daily UK Government COVID-19 briefing. This followed reports that Downing Street has also barred The Sunday Times from these briefings due to recent critical reporting . Any public health crisis has the potential to become a public information crisis if the state restricts the flow of information, refuses to engage with media outlets and only speaks to outlets that promise favourable coverage. It is imperative that all media outlets can scrutinise, explain, criticise or dissect government policy and actions to inform the public.

Explaining the banning of James Cusick, the UK Government referred to openDemocracy as a “campaigning” organisation. This wording has also been used to discredit coverage from The Guardian and The Mirror in relation to Dominic Cummings’ potential violation of the pandemic lockdown. In response to this report, The Government stated “we will not waste our time answering a stream of false allegations about Mr Cummings from campaigning newspapers.” The use of this term to discredit critical reporting as politically-motivated and justify the government’s refusal to engage with the substance of reporting, significantly damages the government’s responsibility to inform the public, encourage independent scrutiny and protect the ability of journalists and media workers to continue their work free from threats or unjustified impediments.

The ability to “receive and impart information and ideas without interference” is a vital aspect of Article 10 of the European Convention on Human Rights and the Human Rights Act 1998. To ensure this right is preserved, it is vital that the state fulfills all necessary roles, obligations and functions to ensure journalists and media workers are protected from acts to discredit or target their work, or dissuade critical reporting through the manipulation of access or accreditation.

We call on the UK Government to  lift the bans against openDemocracy, the Sunday Times and any other outlet prevented from asking questions at the daily news briefings and commit to acting in a transparent manner that respects press and media freedom in the UK.

We await your response with great interest. 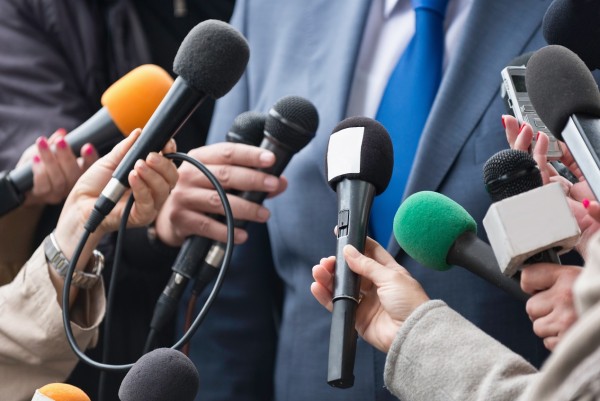 Threats against journalists in Northern Ireland must stop