But despite disapproval of the law by a majority of the Spanish public and by the political opposition in unison, authorities didn’t wait long before launching proceedings against journalists based on some of the most controversial provisions. 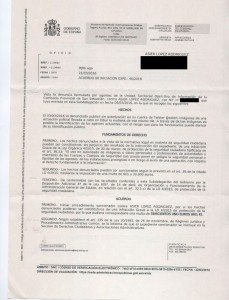 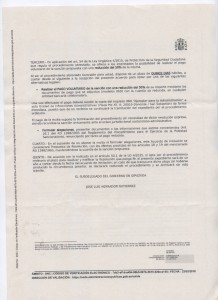 In March, Axier López became the first journalist fined by Spain’s central government (in the case, by the central government’s local representative office in Guipúzcoa, in the Basque Country) for taking photographs of a police officer.

López was fined €601 for a tweet in which, according to officials, he “published without authorisation … images of a police operation carried out in Eibar on the same morning. Through these images it is possible to identify the officers taking part in the operation, with the risk that for the officers can result from their public identification.”

The incident takes back to March 3, 2016, when the journalist photographed the arrest of a young girl accused of blocking a highway as part of a protest in 2007.

In a telephone interview with the International Press Institute (IPI), López said he had refused to pay the fine, explaining: “It is an unjust fine, just as the [Public Security] law is unjust.”

He added: “The worst part about this law is that it leads journalists, or people, to think twice about whether they can talk about something they have witnessed, especially when we are talking about a police operation in the light of day.”

“And,” he continued, “I think that reporting on that is an exercise in transparency”.

Criticism of ‘gag law’ continues at home and abroad

Critics of the Public Security Law, including IPI, have frequently cited a potential chilling effect that could lead to self-censorship. In their report “The State of Press Freedom in Spain: 2015”, IPI and four other international press freedom organisations criticised the vague and imprecise language in Article 36.23, the basis for the fine against Axier López, which foresees monetary punishments of up to €30,000 for:

23. The unauthorised use of images or personal or professional data of officers or members of security forces or bodies that could endanger the personal or family security of said officers, or protected installations or the risk of success of an operation, without prejudice to the fundamental right to freedom of expression.

IPI Director of Press Freedom Programmes Scott Griffen said the case of Axier López confirmed fears that the Public Security Law would be used against journalists attempting to do their jobs.

“In this instance, the grounds for the fine seem extremely spurious, given that the officers’ faces aren’t even visible,” Griffen observed. “But more broadly speaking, the application of the Public Security Law against journalists threatens to weaken the media’s watchdog role over the actions of public bodies, including the police, as innumerable national and international observers have pointed out.”

The Madrid-based Platform for the Defence of Free Expression (PDLI), a broad-based coalition of media houses, journalists, lawyers, consumer activists, and academics, condemned the fine in a statement last week.

“While until now one could photograph police officers without any type of prior authorisation, so long as the images were taken during a public act, or in places open to the public, according to Article 8 of the Law on Civil Protection of the Right to Honour, Personal and Family Privacy, and Personal Image, the current law creates a situation of legal uncertainty,” observed Carlos Sánchez Almeida, PDLI’s legal director.

The online news site for which Axier López works, Argia.eus, has already filed an appeal against the fine and is waiting to see whether a judge will grant a hearing “even though the fine is, strictly speaking, legal”, as López admits.

The ‘gag law’ makes its debut in Burgos

Lopez’s case is not the only one in which authorities have made use of the so-called ‘gag law’. On March 1 of this year, Spain’s Guardia Civil charged photojournalist Juan Carlos Pérez Díaz of the newspaper Diario Burgos with disobedience, resisting authority and failing to produce identification in accordance with Article 36.6 of the Law.

According to the paper, Pérez Díaz had refused to erase images that he had taken outside of a factory in Cojóbar where a workplace accident had taken place. The central government’s local representative office in Burgos opened up accelerated disciplinary proceedings against the photojournalist, who faces a fine of €601.

The Public Security Law, one of the most controversial measures approved under the government of outgoing Prime Minister Mariano Rajoy, hadn’t even been born yet when opposition parties announced their firm intention to repeal it were they to become part of the government following Spain’s general elections on December 20, 2015.

However, the first serious challenge to the controversial law came in the form of an initiative launched by three news websites. La Directa (Barcelona), Diagonal (Madrid) and Ahötsa (Navarra), all of which belong to the platform Defending Those Who Defend (DQD, according to its Spanish acronym), filed a triple complaint before the European Court of Human Rights on December 22, 2015. Anaïs Franquesa, DQD’s lawyer, told IPI that the complaint is based on the charge that the law “violates the right to freedom of expression and goes against Articles 10 and 13 of the European Convention on Human Rights”.

For their part, the political parties in opposition during Rajoy’s Popular Party (PP) government have taken steps to carry out their preelection promise. On April 5, the Congress of Deputies approved a bill calling on the government to repeal the Public Security Law. The initiative was led by the pro-independence Catalan party ERC and supported by the Socialist Party (PSOE). The PP and Ciudadanos voted against the bill. 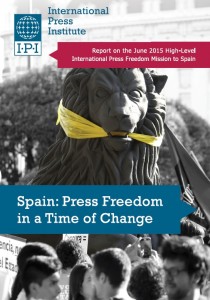 The votes by PP and PSOE are consistent with the positions that representatives of both parties gave to a high-level international press-freedom delegation, led by IPI, that visited Spain in June 2015. The PP’s Parliamentary Spokesman, Rafael Hernando Fraile, defended the law on that occasion in part by suggesting that it was less restrictive than critics charged, given that possible sanctions were of an administrative rather than a criminal nature.

Notably, however, critics of this claim, as well as independent legal experts, have pointed out that administrative sanctions preclude judicial oversight necessary to ensure a balance of rights.

Fraile’s counterpart in the PSOE, Antonio Hernando Vera, accused the Rajoy government of “proactively trying to ensure that journalists and others fear doing their jobs”. The POSE, together with four other parties represented in Parliament, later launched a challenge to the law before Spain’s Constitutional Court.

Protests in support of Axier López

Griffen said the López case should serve “as a useful reminder to Spain’s political parties of the urgent need to repeal the Public Security Law, in particular in accordance with commitments given to IPI and other international press freedom organisations last summer”.

While Axier López awaits handling of his appeal, members of the public are holding street protests to support him, including one this week in San Sebastián, capital of Guipúzcua.

“From the beginning we decided to make this case public so that the debate returns to the media and the street,” López told IPI. “Because, obviously, the worst consequence that this law can have for journalists is the sensation of being unprotected and the risk of becoming your own censor.” 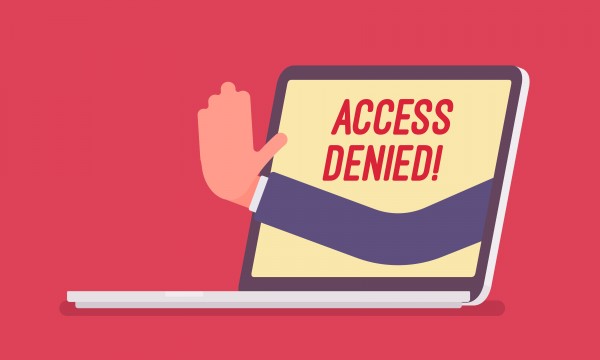