How can Mexican journalists – living and reporting in an area that has seen violence against journalists skyrocket in the last decade, leaving a death toll on par with that seen in Syria and Pakistan – do their job safely? What steps can they take to protect their physical security while safeguarding their emotional health?

Periodistas de a Pie (Journalists on Foot), a network of working Mexican journalists, has sought to answer these questions since 2007. The group’s groundbreaking efforts led the International Press Institute (IPI), with support from International Media Support (IMS), to honour the group this week as its 2015 Free Media Pioneer.

The award recognises news or media organisations that have made innovations that have promoted news access or quality, or benefitted journalists and the media community.

IPI spoke with freelance Mexican journalist Marcela Turati, part of the group, about its work and the dangers that journalists in her country face on a daily basis. The full text of the interview is below.

Periodistas de a Pie will receive the award during a special ceremony on March 28 in Yangon, Myanmar during IPI’s annual World Congress and General Assembly. Registration for the World Congress is still open, and more information, including the full programme, is available at 2015.ipiworldcongress.com.

IPI: How does your organisation feel about achieving IPI’s Free Media Pioneer Award?

Turati: We are very honoured and very happy that our efforts since late 2006 are seen with affection and admired by others. It is a little respite to many years of collective work in which we sometimes had to bury colleagues and are always in a constant search for new strategies so that not a single journalist more is threatened, killed or physically attacked, and so that crimes against the press are not seen as normal.

IPI: Describe the work that you have done to improve media freedom and journalist safety in Mexico, and the impact that it has had.

Turati: Periodistas de a Pie is an organisation founded in 2007 by working journalists to organise training courses so that Mexican journalists are better prepared for the difficult situation, fraught with danger and violence, that we face. We decided to step out from our traditional, passive role in order to raise awareness of the situation in which reporters on the street live, the conditions that generate risks, which the government obscures as much as the media companies themselves do. We also perform acts of solidarity and awareness in support of journalists who have had to suffer displacement or exile; missions to research certain crimes; reports on the situation; campaigns against normalization of attacks on journalists or we accompany journalists to risky areas. In some of the most dangerous areas we have helped create collectives of journalists, so they know how to face threats by themselves without having to flee, or we offer them support from the country’s capital, and we are trying to coordinate efforts among groups and networks from different regions in order to create channels so that they can publish research that they have been prohibited from publishing.

IPI: Why are these pursuits necessary for free media in Mexico?

Turati: At this time in Mexico we are waging in many parts of the country a struggle against forced silencing. Organised crime groups seem to pursue the same goal as much as government officials: to silence journalists so that they don’t report on the violence and corruption that exists. In recent years, Mexico has reached a record number of attacks on newsrooms and assaults, harassment, threats, killings and disappearances of journalists, and as a result citizens in many regions are no longer informed about what is happening. We need to do everything we can to stop this restraint, which spreads quickly, because we are convinced that where silence prevails, death wins, and that the struggle against silence is a struggle for life.

IPI: What is most important for people around the world to know about what is happening in Mexico?

Turati: It is a country where, in the last 15 years, 103 journalists have been killed and 25 have disappeared, and from 2010 on Mexico has been considered as deadly as Iraq. These crimes are not investigated, not punished, continue with impunity. Killing a journalist has no punishment. The sources of risk are mainly government officials and organised crime groups, often acting in collusion. Corruption in the allocation of advertising has corrupted a large number of media outlets, which now serve as government spokesmen, silencing the problem and not caring for their journalists. The status of Mexico, according to Freedom House, is that of a country without freedom of the press.

IPI: What significance does this award have for you? What will it mean for your future work?

Turati: The award is very important because it highlights the work of anonymous journalists who go out day by day to cover news from the street without knowing if we will return to our homes. It is very important because it means that you looked at the work we do with so much effort, setting aside egos and rivalries, looking at us as colleagues, as partners, to organise and design all kinds of possible strategies to protect one another in defence of our right to free expression and knowing that in taking care of one another we also protect the right of the people to be informed. It is important that the whole world hears our cry that silencing a journalist has consequences. We hope that this recognition gives us momentum so that more journalists form their own groups and we can coordinate efforts among everyone to take care of one another, publish prohibited investigations and come out of this situation alive in order to continue informing the people. 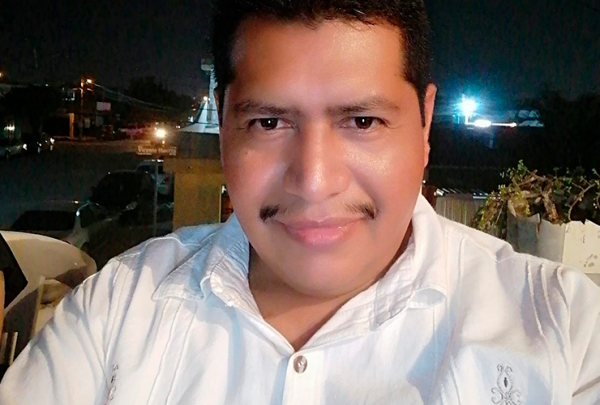 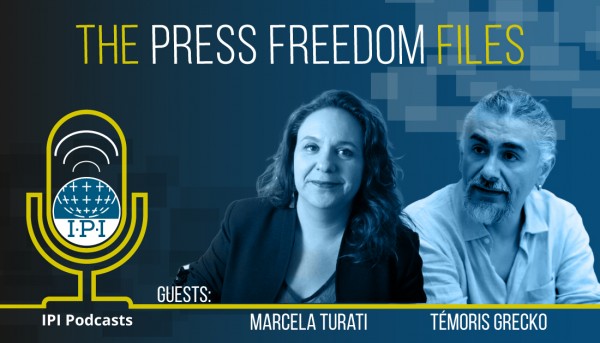 In the first six months of this year, 11 journalists have been killed in Mexico, overtakin…
Read More