Can independent journalism in Russia survive the Kremlin’s crackdown?

Since the invasion of Ukraine, independent media in Russia have undergone the most wide-ranging and severe crackdown yet under the authoritarian rule of President Vladimir Putin.

Over the past two weeks, over 150 journalists have fled Russia and multiple media outlets including leading broadcaster Ekho Moskvy and Dozhd have been forced to close, while leading foreign media have pulled out of the country over fears of a new law criminalizing “fake” information about the country’s military.

As pressure on dissenting voices continues to escalate, will independent journalism as we know it in Russia survive? This was the question posed to Galina Timchenko, the CEO and founder of Latvia-based Russian media outlet Meduza, and Kirill Martynov, deputy editor of prominent independent newspaper Novaya Gazeta.

“It is a ruthless attack on independent voices. The whole media industry is destroyed. We have very few islands of resistance”, Timchenko said during an online event organized by IPI in cooperation with Presseclub Concordia and the Forum for Journalism and Media Vienna (fjum) on March 10.

“The Russian state just passed a new law which puts our journalists to grave danger. Reporting about the war can lead to 15 years in prison”, she explained. Timchenko said the current war against independent journalism started well before the war, but that the effort to stamp out the few remaining independent media has since increased.

Multiple media outlets have been blocked by Russia’s internet and media regulator, Roskomnadzor, including Meduza. Timchenko said Meduza received almost 50 letters from the regulator with demands to delete content. Minutes after they received the letters, Meduza’s news website was blocked within Russia. However, Timchenko says they continue to work and broadcast on all platforms.

Novaya Gazeta – one of the country’s most iconic independent newspapers – has had to change its reporting due to the new law. “We really can’t write about the war itself, but we can cover what is happening in Russia, the humanitarian and the social crisis that is going on”, Martynov explained. 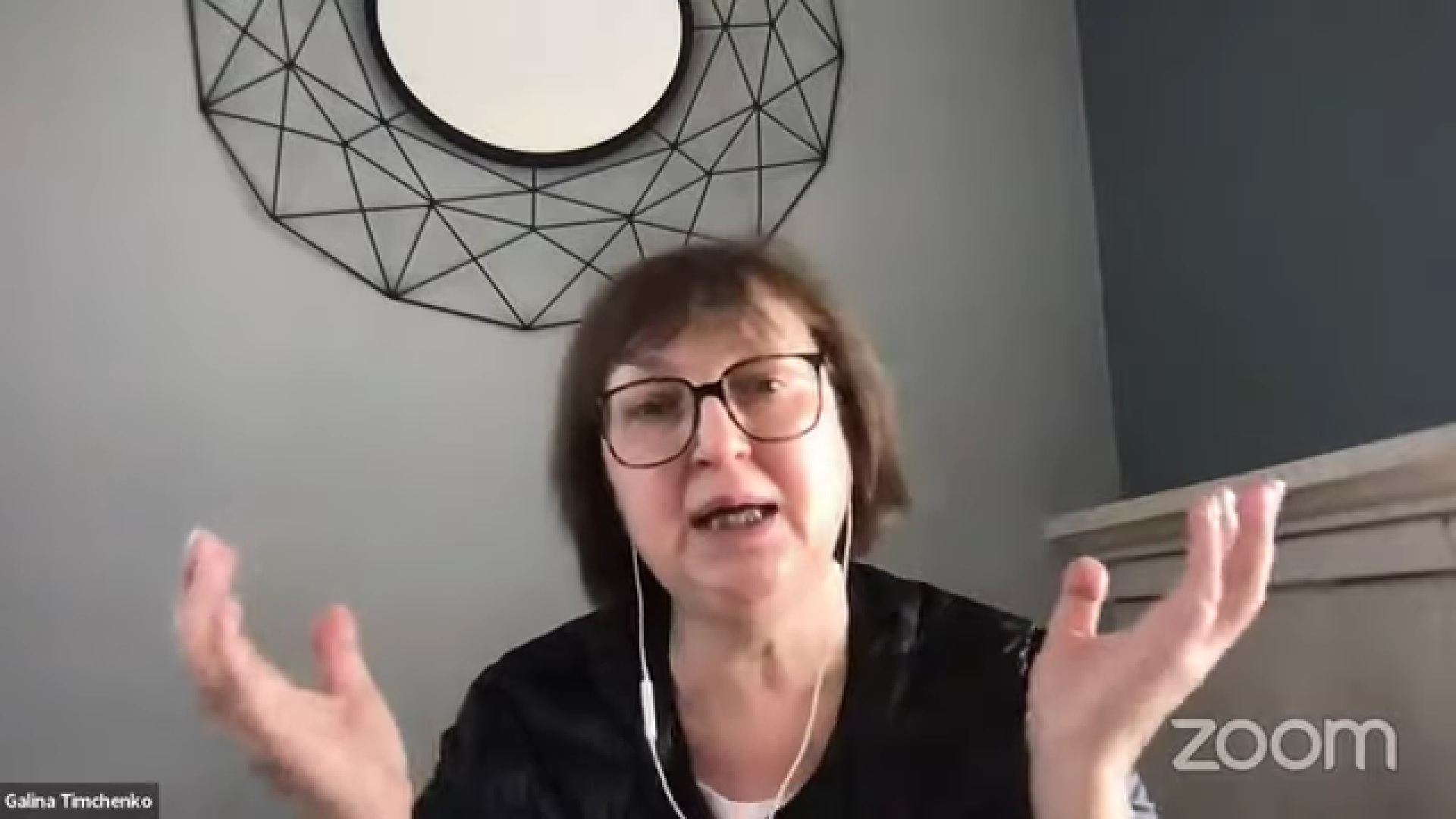 Both Meduza and Novaya Gazeta have had a record number of visitors to their websites since the war started. Timchenko pointed out that even though Meduza is blocked in Russia, they have one million users on Telegram. Readers can still access the website through VPNs, she added.

“There are millions of Russian people who desperately need independent information. Our audience needs us every day, every minute”, Timchenko said.

Martynov believes Russia will have to put some kind of “digital iron curtain” to restrict the public’s access to information. “If they don’t do it, more and more Russian will become aware of what is happening in Ukraine”, Martynov said. “There is already some distrust in the government. I believe the only thing they can do is to cut off the young people from any source of independent information.”

Martynov and Timchenko both fear for the safety of Russian journalists as the crackdown of independent journalism intensifies. “We have a huge number of journalists in Moscow”, Martynov said. “They are real people with real names and addresses. Russian authorities know where we are. We try to keep our journalists safe in Russia.”

Yielding and ceasing to work are not an option for either of the media outlets. “I believe we will survive, and we want to fight. We want to recreate Russian independent media in any circumstances”, Martynov said.

Timchenko says Meduza is expecting the information war to continue: “We have three scenarios for the future, bad, worse, and even worse. They blocked us, but they could also declare us extremist. The worst scenario is that they could also charge us with state treason. Seems to me they started to fill the blacklist of journalists already.”

“Our independent journalists are in danger and are desperately asking for help”, says Galina Timchenko, founder of @meduzaproject. She calls for #EU countries to step up their support Russian journalists & provide visas to those ae fleeing country fearing criminal prosecution. pic.twitter.com/jEA8IfvgIk