Robustly defending the “collective right” to self-expression, the Supreme Court of Argentina has upheld legislation establishing limits on the number of broadcasting licences a particular company could hold.

The Oct. 29 ruling brings an end to a five-year legal battle between the Argentine government and the Grupo Clarín media conglomerate, which had argued that the controversial limits represented an unconstitutional infringement on both press freedom and the company’s lawful business interests. The licencing restrictions were part a media law passed by the National Congress in 2008.

The court found that the Argentine government had a legitimate interest in preventing the rise of broadcast monopolies in order to maintain a “free and universal exchange of ideas.” The 392-page ruling cited the Declaration of Principles on Freedom of Expression of the Inter-American Commission on Human Rights.

The court wrote that the right to free expression had both an individual and a collective face, including the right to receive a variety of ideas and opinions. A majority of the seven-member bench concluded that, therefore, it was “necessary to guarantee equal access of all groups and individuals to the instruments of mass communication.”

Justifying congressional interference in the broadcast sector, the court said: “In contrast to what happens with freedom of expression, where, as we have said, the regulatory activity of the state is minimal, the collective aspect demands active protection on the part of the state.”

While the justices acknowledged that there could be alternative ways of protecting that collective right, they suggested that deciding which measures to take was a matter for Congress, not the courts.

The ruling sharply rejected Grupo Clarín’s claim that the articles in question — 41, 45, 48 (paragraph two), and 161 of Law 26.522 (Ley de Medios) — would severely damage the company’s profitability. “A detailed examination of the plaintiff’s report,” the justices said, “makes clear that this claim is a dogmatic affirmation that has not been duly established.”

But the court said Grupo Clarín could simply adjust certain variables — such as the number of employees, the price of its goods, and the amount of capital investment — to “reestablish a balance in the flow of funds.”

It is now expected that Grupo Clarín will be forced to divest of companies in excess of the limits, according to procedures established by Article 161. In a statement, Grupo Clarín said it would respect the Court’s ruling, but that it was considering the possibility of appealing the case at the international level. Grupo Clarín maintained that the four articles in question violated “not only the Argentine Constitution, but also the American Convention on Human Rights” as well as recent decisions by the Inter-American Court of Human Rights.

The statement also criticised the court for failing “to consider the value of independent journalism as a prerequisite for freedom of expression” and warned that the media’s ability to critique political power would come under increasing threat. Grupo Clarín highlighted what it called “government colonisation of the media.” Some 80% of broadcast media now followed directly or indirectly the government line, it said.

Barbara Trionfi, press freedom manager at the International Press Institute (IPI), said IPI had long urged both sides in the seesawing battle between Grupo Clarín and the administration of President Cristina Fernández de Kirchner to allow the justice system to do its job.

“In IPI’s view, diversity of media content is an important indicator of press freedom and, in an ideal world, editorial independence should provide sufficient guarantees for it, independently from ownership structures.” Trionfi said. “If legal remedies are believed to be necessary to preserve diversity of content, it is critical that such laws are implemented for the sole purpose of improving people’s access to different ideas and opinions, and not to punish certain media for expressing views critical of the government.”

She added: “All media in Argentina, including and perhaps especially public media, should continue to strive for editorial independence. Only in this way can the interests of democratic society truly be served.”

The Supreme Court also underscored that its findings would have no meaning if the news media “became mere instruments of support for a fashionable policy or a way of eliminating the design and pluralistic debate of ideas.” The same, it said, applied to public media that “become spaces serving governmental interests.” The justices also highlighted the importance of transparent policies in the distribution of public advertising.

IPI continues to urge President Fernández and her political allies to refrain from public attacks on media critical of their actions and policies, including Grupo Clarín. Such attacks — which have included verbal harassment through official channels — are not in line with efforts apparently intended to increase respect for pluralism of opinion.

The court’s decision came just two days after mid-term elections handed a setback to Fernández’s party. While her Front for Victory retained a slight majority in both houses of Congress, the party came in a distant third in Buenos Aires province, where an estimated 37% of Argentine voters live. 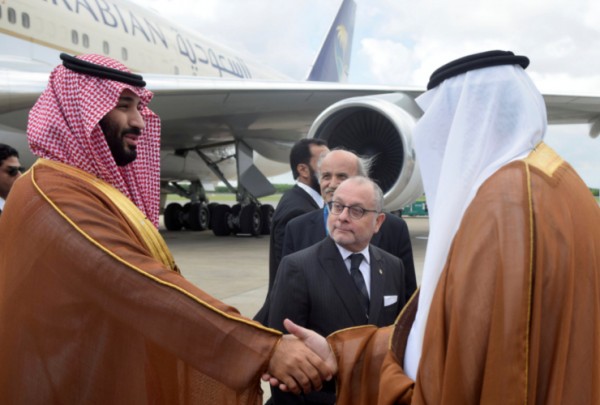