Relatives attend the funeral of Sadia Sadat, one of the three Afghan female journalists of Enikass Radio Television Network, in Jalalabad, Afghanistan, on March 3 2021. EPA-EFE/GHULAMULLAH HABIBI.

Journalists in Afghanistan fear their ability to work safely and freely will be at increased risk as U.S. and NATO troops prepare to leave the country. The impending withdrawal, combined with possible greater Taliban influence, throws Afghanistan’s uneven progress in free expression into doubt. The country’s journalists now face a deeply uncertain future.

That fear comes as violence against journalists is already on the rise in Afghanistan. At least four media workers have been killed due to their work already since the beginning of this year, compared to five in 2020, according to the International Press Institute’s (IPI) Death Watch data.

Bismillah Adel Aimaq, a journalist and the managing director of Ghor Gag Radio was shot dead by unknown gunmen in January. Later in February it was reported that a Taliban commander had killed three of his family members. 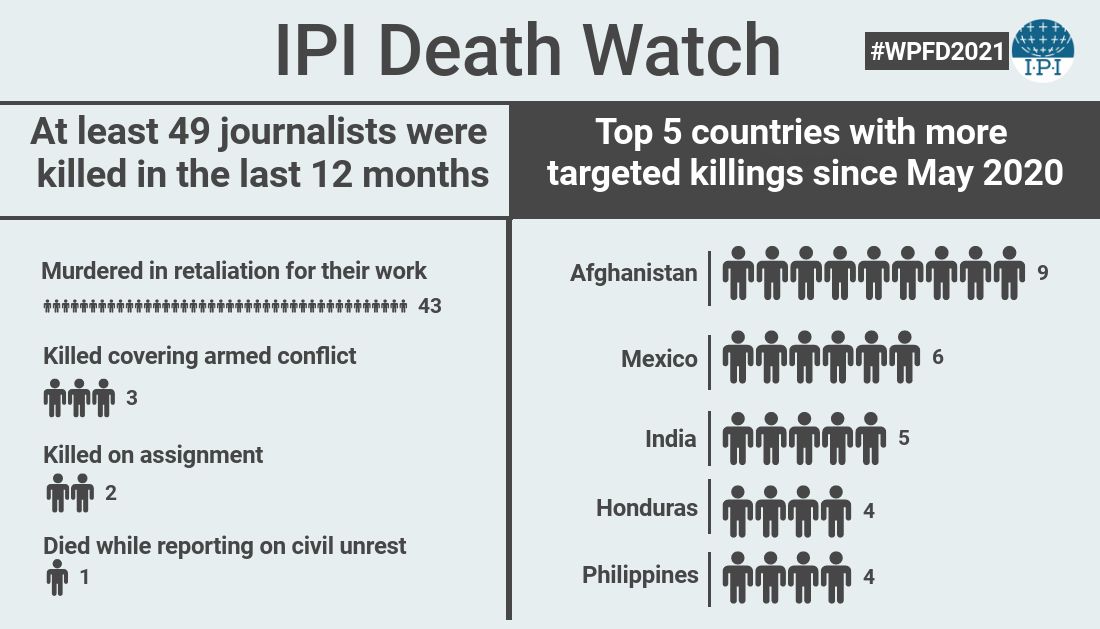 At the beginning of March three female employees of Enikass TV in Jalalabad were killed in two separate attacks as they were returning home from work. The killings came just a few months after Enikass TV journalist Malala Maiwand was shot dead in December. The Islamic State (IS) extremist group claimed responsibility for both attacks.

“Jalalabad was previously safer than now. Now we have reports of killing and more violence in these areas too”, Ahmad Quraishi, executive director of Afghanistan Journalists’ Center, told IPI. He said it appears that the Taliban has something to do with the IS-attributed attacks as well. “We think that there is a link between all these groups and in general their ideology is the same”, he said.

Afghan journalists who spoke to IPI say the situation may worsen with the troop withdrawal. Many are also worried about the future of the media in the country if the current Afghan government and Taliban don’t reach an agreement on a peace deal and the extremist Islamist group seizes power again. Negotiations between the government and the Taliban began last September. Since then, violence in the country has increased.

“One year after the U.S. and Taliban agreement, the situation has become critical. Every month many journalists are killed or wounded. Lots of journalist have left their jobs and some have gone out of the country. This is a bad future for freedom of Afghanistan”, freelance journalist Zainullah Stankzai said.

The U.S. and Taliban representatives signed a deal in February 2020 in which the U.S. said it would withdraw its troops from the country if Taliban keeps its promises to cease the bomb attacks and to start negotiations with the Afghan government. 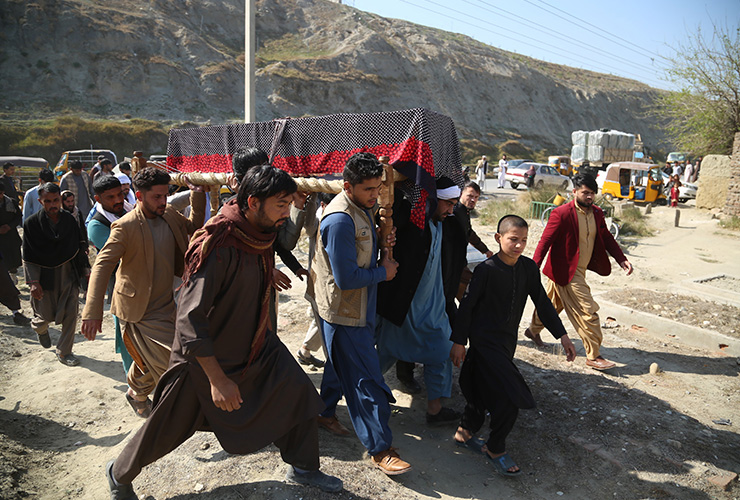 Relatives carry the coffin of Sadia Sadat during the funeral in Jalalabad, in Afghanistan on March 3, 2021. EPA-EFE/GHULAMULLAH HABIBI

In light of the recent killings, the safety of female journalists in Afghanistan is especially tenuous. “They attack them to tell the other women journalists to stay at home”, Sharif Hasanyar told IPI. He is the head of Ariana News TV, which is one of the Afghanistan’s biggest news channels.

Since the fatal attack in Jalalabad, some media houses have asked their female employees to work from home for their own safety. “It doesn’t mean that they stop working in the media. They are journalists, but they are working from their homes and they are struggling”, Hasanyar said.

Homaira Mohammadi, head of Naway-e-Zan Radio in Farah Province, said there still hasn’t been much work done in Afghanistan to prevent attacks on women journalists.

In Helmand province, for example, where women journalists were previously more active, only a few women are working in the field now, Stankzai said. According to the Afghan Journalists Safety Committee, 20 percent of Afghan women journalists have quit or lost their jobs in the past few months because of the attacks and killings.

During the past years, many journalists, men and women, have left Afghanistan in order to work freely. Experts fear this trend will increase after the U.S. and NATO withdrawal. Meanwhile, a Taliban takeover could mean the end of the free press in Afghanistan.

“They (the Taliban) may not directly attack journalists or the media outlets, but there will be more restrictions on information. A lot will change in the constitution or the media laws”, Quraishi said.

That would be a big setback for Afghanistan where the media landscape has become more independent and diverse in recent years. “One of the great achievements of the government is freedom of expression”, Mohammadi said. “Currently, in the province of Farah, where I live, eight private media outlets have started operating in the last four years, which shows that freedom of expression is developing,” 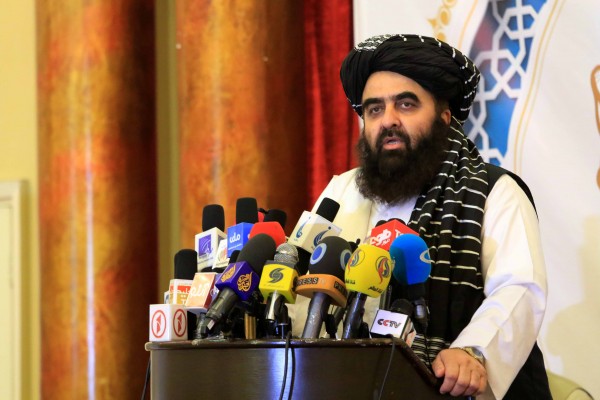