Two Afghan journalists were detained and ruthlessly beaten by Taliban security forces on September 7 while covering the women’s rights protests in Kabul. Journalists Taqi Daryabi and Nemat Naqdi from the Kabul-based news outlet Etilaat Roz were taken to the police station and beaten with cables in separate cells. Both reporters were released on September 8 and were hospitalized for severe injuries to their backs and faces.

“Two of my colleagues were detained by Taliban, beaten for four hours”, Zaki Daryabi, editor-in-chief of Etilaat Roz, told Sky News. “Under constant and brutal torture of the Taliban, the reporters lost their consciousness four times.”

Two other journalists from Etilaat Roz, Aber Shaygan and Lutfali Sultani, as well as the newspaper’s editor, Kadhim Karimi, rushed to the police station after they learned of the arrests of Naqdi and Daryabi. The three men tried to inquire about their colleagues, but the Taliban security officials physically attacked them and confiscated their belongings before detaining them as well.

Painful. Afghan journalists from @Etilaatroz, Nemat Naqdi & Taqi Daryabi, display wounds sustained from Taliban torture & beating while in custody after they were arrested for reporting on a women’s rally in #Kabul, #Afghanistan.#JournalismIsNotACrime https://t.co/jt631nRB69 pic.twitter.com/CcIuCy6GVw

After several hours of detention, Shaygan, Sultani and Karimi were released, but were issued a warning by a Taliban official to “not break the law again, as next time they wouldn’t be let out so easily”.

Women have been marching in Kabul and other cities in Afghanistan since early September demanding the Taliban respect women’s rights and protesting the formation of an all-male Taliban government. On September 7 the Taliban announced that protests are illegal unless approved beforehand. Journalists have also been told by Taliban officials that reporting on the protests is also illegal now.

“The IPI global network repeats its call on foreign governments to urgently protect Afghan journalists amid the Taliban’s rapidly evaporating promise to allow independent media to keep operating unharmed”, IPI Deputy Director Scott Griffen said. “We strongly condemn the vicious assault on the Etilaat Roz journalists, which is an indication of the immense danger that independent journalists now face under Taliban rule. No one should be under any illusion of the Taliban’s true attitude to media scrutiny of its actions.” 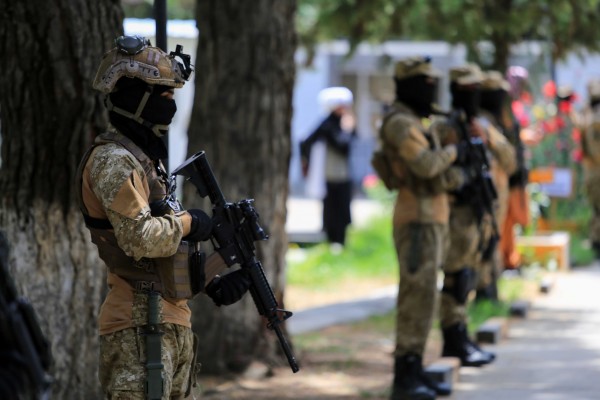