Authorities in Ukraine must conduct a thorough and transparent investigation to ensure those responsible for the arson attack on a car belonging to a leading investigative journalism program are swiftly brought to justice, the International Press Institute (IPI) said today.

At around 12.30am on August 17, unknown assailants set fire to a car in the town of Brovary, near Kyiv, that had been used by “Schemes,” an award-winning investigative project co-funded by Radio Svoboda and the Ukrainian public broadcaster. The project reports on high-level corruption of top Ukrainian officials and oligarchs.

The car was empty at the time and no one was injured in the blaze. The next morning, experts from the State Emergency Service conducted a preliminary investigation and concluded that the fire was a result of “a third-party ignition source”, according to media reports.

Police have opened a criminal investigation into “intentional destruction or damage of property” and said in a statement that material similar to an explosive substance was discovered on the charred remains of the vehicle, which had belonged to a driver employed by the program.

IPI Deputy Director Scott Griffen condemned the attack and said it was part of a wider campaign of harassment and intimidation aimed at cowing the program’s journalists into silence.

“Such blatant acts of intimidation against investigative reporters represent clear attacks on watchdog journalism and the institution of a free press in Ukraine itself”, he said. “We condemn in the strongest terms these cowardly attempts to threaten and ultimately silence the important investigative work of Schemes and stand in full solidarity with all those affected.”

Griffen added: “Unfortunately, all too often these kinds of attacks go unpunished in Ukraine, resulting in a lingering climate of impunity for attacks on the press. We call on law enforcement to thoroughly and transparently investigate these attacks to ensure that those responsible are brought to justice.”

The motive for the attack is currently unclear and no suspects have been named. However, Schemes editor-in-chief Natalie Sedletska suggested that one potential explanation for the attack was that in recent months, Andriy Portnov, an ex-official close to deposed president Viktor Yanukovych, has openly encouraged acts of violence against staff at Schemes. She said he had posted license plates of cars used by its filming crews on his Telegram channel, as well as the home addresses of drivers, and said he would fund legal aid for anyone who physically assaulted members of its staff.

Earlier in August, Mykhailo Tkach, an investigative journalist at Schemes: Corruption in Detail, had also reported what he said were clear signs of surveillance at his Kyiv apartment. Police searching his apartment found three holes possibly used for listening devices, however no surveillance equipment was found. At the time, national police filed a report for “violation of privacy.”

During that time the team had been working on a series of investigations which, among other things, revealed how high-ranking Ukrainian officials had been breaching quarantine and travel rules during the Covid-19 lockdown. 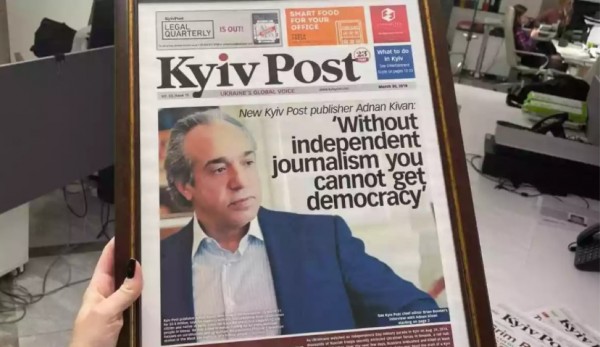