A smear campaign targeting Aktuality.sk, the news portal for which slain journalist Ján Kuciak worked, has been unleashed by the former chief of Slovakia’s national police.

According to Peter Bárdy, a member of the International Press Institute (IPI) and the editor-in-chief of Aktuality.sk, over the last two weeks he and his journalists have been targeted by Tibor Gašpar, who was the chief of police at the time of Kuciak’s murder.

Gašpar was among a number of top government officials forced to step down in the face of large-scale protests following the murder of Kuciak and his fiancée, Martina Kušnírová, at their home in Veľká Mača on February 25, 2018.

Earlier this year, Slovak media reported that a few months before the murder, Gašpar had ordered the chair of the intelligence unit of the financial police to use the force’s database to screen Kuciak. The former police corps president has denied involvement.

Rather than keeping a low profile, Gašpar has become a vocal critic of independent media in Slovakia. According to local media, he has also given exclusive interviews to the Slovak conspiracy theory website Hlavné Správy.

In a pair of widely shared Facebook posts dated September 6 and 12, Gašpar accused Aktuality of spreading lies and “disinformation” and claimed that the site was a political “propaganda tool” commissioned to spread liberal ideology and silence opposing voices.

Gašpar’s allegations came days after Aktuality published articles accusing him of misleading his followers about the administration of his personal Facebook account. The report by investigative journalist Martin Turček revealed that the page, created in July 2019 ahead of a suspected return to politics, was actually being run by an individual at a digital agency called Chillix. Gašpar has repeatedly claimed he is the real manager of the account.

In response, the former police chief alleged on Facebook that the journalists were being funded by Hungarian-born billionaire George Soros, a common trope to discredit critical information. His first post, entitled “Conspiracy Tandem”, published images of Bárdy and another colleague alongside Soros. In fact, Aktuality is owned by Swiss-German publishing house Ringier Axel Springer.

Bárdy told IPI that the accusations were an example of the wider campaign by Gašpar and high-profile critics of Aktuality to discredit the news website’s work by spreading conspiracy theories.

“The attempt to undermine Aktuality by linking us to George Soros is the same tactic used by Victor Orbán in Hungary, and other populist and illiberal politicians in Europe”, he said. “They use a figure viewed as controversial in their country to try and make people see us as shadowy or untrustworthy. In Slovakia and Hungary this figure is George Soros.”

Such tactics, Bárdy added, fit a pattern of similar attacks by former figures in the government. In March 2018, then-Prime Minister Robert Fico, known for anti-journalistic rhetoric, accused the protesters demanding his resignation of being funded and organized by Soros.

Many officials who lost their jobs in the protests over Kuciak’s murder continue to hold a grudge against newspapers involved, Bárdy said, adding that Aktuality’s reporting into links between officials and mafia continues to provoke attacks against the website and its journalists.

“Gašpar’s accusations are clearly meant as a retaliation against our investigative reporting,” he added. “Unfortunately, these kinds of attacks have been aimed at Aktuality for a long time. It’s nothing new for us. Since Ján Kuciak’s murder more of our journalists have been threatened and attacked online.”

Despite government promises to improve journalists’ safety and working conditions after Kuciak’s murder, Bárdy said, there had been little change since.

“In my view, things are the same,” he added. “Unless we see things change after the general election in February 2020, press freedom in Slovakia will see no improvement.”
Ján Kuciak worked as an investigative reporter and editor at Aktuality from 2015 until his murder in 2018. 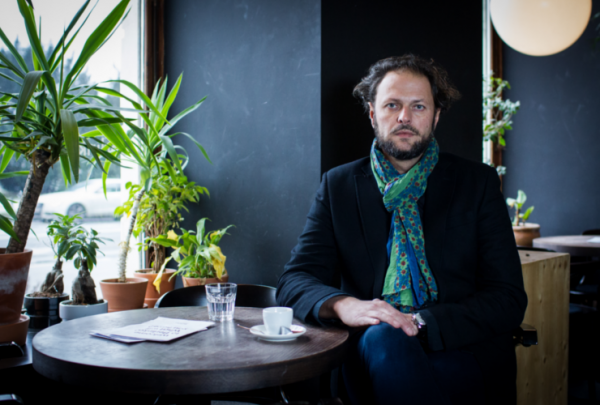