epaselect epa09667767 Riot police officers block a street during a protest rally over a hike in energy prices in Almaty, Kazakhstan, 05 January 2022. Protesters stormed the mayor's office in Almaty, as Kazakh President Kassym-Jomart Tokayev declared a state of emergency in the capital until 19 January 2022. EPA-EFE/STR

The IPI global network today expresses sadness over the death of media worker Muratkhan Bazarbayev from the Kazakh broadcaster Almaty TV who was reportedly killed from gunshot wounds sustained while covering protests with his television crew. IPI urges an end to all attacks on journalists and calls on Kazakh authorities to ensure the freedom of the press is fully respected in the wake of ongoing unrest.

On January 7, Almaty TV management confirmed the death of its employee to various local and international media and said he died from injuries sustained when his crew came under fire while on duty in the city of Almaty. It added he received medical attention but that doctors had been unable to save his life. The TV station blamed violent rioters for his death.

Media reported that a camera operator for Almaty TV was hospitalized and required surgery on his fingers after the attack, which reportedly took place during clashes between protesters and security forces. Amidst simmering violence and national internet blackouts, media reporting from inside Kazakhstan is limited and the exact details of the death have yet to be confirmed.

“IPI expresses our deep sadness at the death of Kazakh media worker Muratkhan Bazarbayev and urges authorities to swiftly shed light on the circumstances of his death”, IPI Advocacy Officer Jamie Wiseman said. “Journalists across Kazakhstan are currently working in extremely challenging conditions while documenting the unrest, from indiscriminate attacks by protesters to detentions and brutality from security services. It is vital that the safety of all journalists and media workers is guaranteed and that the freedom of the press is fully respected in the wake of the unrest.”

IPI joins international press freedom organizations in calling on President Kassym-Jomart Tokayev to lift the internet blackout, restore access to independent media websites and to allow media safe and unhindered access to reporting in the field.

IPI also calls on international bodies such as the United Nations and the Organization for the Security and Co-operation (OSCE) to immediately engage with Kazakh authorities to ensure that further violence against the press is halted and that all serious attacks are properely investigated.

After an address by President Tokayev on Friday in which he blamed “so-called free media outlets” for allegedly helping incite unrest, IPI calls on the President and state authorities not to use the current unrest as excuse to clamp down on press and media freedoms.

#Kazakhstan: IPI is deeply concerned by the death of Almaty TV media worker Muratkhan Bazarbayev. His employer said that the driver died after he and his reporting crew came under fire ‘while on duty’ covering protests. Another journalist was reportedly injured during the attack. pic.twitter.com/vluE3Pje7b

Journalists in Kazakhstan have come under severe pressure in recent days due to their reporting on anti-government protests which have resulted in dozens of deaths and hundreds of arrests. As protest rallies over fuel price hikes in the province of Mangistau morphed into wider protests in the capital Nur-Sultan and the country’s largest city Almaty, the government imposed a two-week state of emergency and major restrictions on internet access, creating an information blackout and leaving media unable to properly report news to the wider world.

The same day, the Kazakh Ministry of Information issued a warning to the media that the emergency regulations authorized stronger penalties for the crime of “knowingly spreading false information”. Independent media websites including Orda.kz and KazTag were then blocked on January 4 after refusing to comply with demands to take down articles containing allegations of police violence. Mobile communications were also blocked by state authorities and access to social media channels such as Telegram, Signal and WhatsApp were also restricted within Kazakhstan. Many domestic media websites are still inaccessible.

Reporters have also been detained by riot police and other security forces, despite carrying press cards. On January 4, two journalists with the Kazakh service of Radio Free Europe/Radio Liberty (RFE/RL) were detained and questioned while documenting protests. Darkhan Umirbekov, an editor in Nur-Sultan, was detained and held for several hours for questioning, while Almaty bureau chief Kasym Amanzhol was arrested while filming protests.

Three journalists were also detained by police in the city of Taraz on January 4 while they were filming the arrest of protesters. While Channel 7 reporter Daniyar Alimkul and Channel 3 reporter Nurbolat Zhanabekuly were released, police detained and questioned Vremya newspaper reporter Aizhan Auelbekova. In Oral, police detained and questioned Uralskaya Nedelya editor Lukpan Akhmedyarov over his alleged “implication in extremist activities.” Multiple other arrests have been documented.

Protesters in Almaty also reportedly stormed the headquarters of Russian multinational state television broadcaster Mir TV, which is based near the epicentre of protests near Republic Square, ransacking the building and destroying equipment. According to reports, the building of several other channels in Almaty, including Qazaqstan, Khabar, Eurasia and KTK TV channels, were attacked. Qazaqstan said one of the employees suffered injuries. Kazakhstan’s state TV channel building in Almaty was also reportedly set alight. 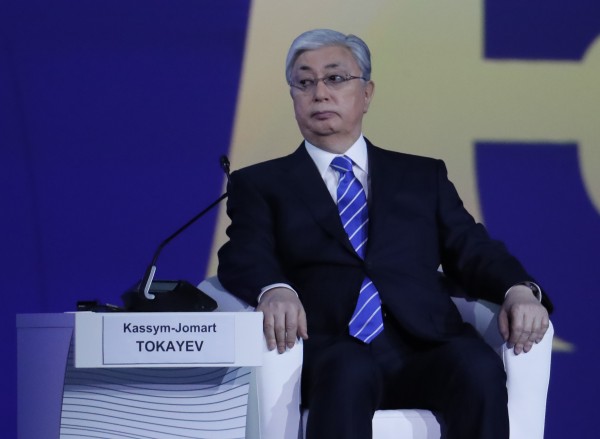