Police men in the old quarter on February 11, 2015 in Hanoi. Photo: Shutterstock

According to media reports, Truong was arrested by the police on December 17 in Can Tho, a city in southern Vietnam, and charged with “abusing democratic rights to infringe upon the benefits of other individuals and/or organizations,” under Article 331, the Vietnam 2015 Penal Code.

“Truong’s arrest demonstrates the desperate attempts by the Communist Party to hold on to power despite growing resentment against it”, IPI Director of Advocacy Ravi R. Prasad said. “By silencing critical voices and independent journalists the government hopes to crush all forms of protests. Authorities should immediately release the journalist and allow independent media to function without the fear of reprisal.”

The authorities in Can Tho have approved Troung’s detention for three months, pending investigation. “Danh owns a Facebook page with nearly 168,000 followers and has got several anti-state posts, causing division of national unity,” the Ho Chi Minh City police newspaper reported.

Truong contributes to the Facebook page Bao Sach or “Clean Newspaper” that focuses on social issues. He recently criticised the government for the toll gates set up on highways under the build-operate-transfer (BOT) system, which had sparked protests from motorist over collection of tolls for the use of highways. The criticism led to his arrest.

According to Vietnam Human Rights Defenders some 20 journalists, publishers and social media users are amongst 258 human rights activists currently under detention in the country.

Meanwhile, a new decree that came into effect on December 1, approved by the National Assembly in October, has further tightened control over freedom of expression on social media. Under this new decree anyone posting or dissemination information, which authorities deem harmful, can face a fine of up to 200 million Vietnamese dong (€7,000), and those found defaming individuals or organisations face penalty of up to 40 million Vietnamese dong (€1,400).

In April, a new law was introduced that prohibited sharing alleged ‘fake news’ on social media to control what the government described as misinformation about the spread of COVID-19. As there is no clear definition of misinformation, any social media post contradicting the government’s narrative could be construed as violating the law, which provides for fines of 10 million to 20 million dong (€350 to €700) and empowers authorities to compel the users to take down the post. 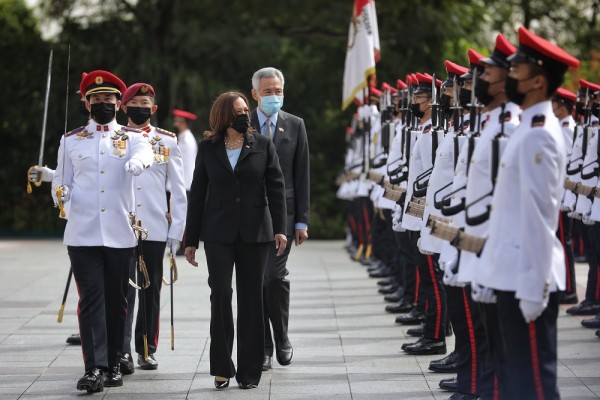