The International Press Institute (IPI), a global network of editors, media executives and leading journalists for press freedom, today condemned recent violence against journalists and TV stations covering demonstrations in Iraq and called for an investigation into raids on several broadcasters.

As many as 24 reporters were beaten with electric batons, live bullets and tear gas while covering protests in Baghdad and Al-Diwaniyah last week. Journalists at the demonstrators were also detained, while a further 130 arrest warrants were issued against demonstrators and journalists covering the protests.

Media outlets also faced obstructions to reporting due to the widespread shutdowns of internet service throughout Iraq on October 2 and 3.

On October 5, the offices of six different national and international TV stations in Baghdad were stormed by unidentified gunmen, according to the National Union of Journalists of Iraq (NUIJ).

The next morning, the Baghdad headquarters of the Al Furat satellite channel was also seriously damaged by a missile strike.

“These attacks on Iraqi journalists and media organizations are a clear attempt to stifle reporting on the protests”, IPI Director of Advocacy Ravi R. Prasad said. “We call on the Iraqi government to immediately open an investigation into the raids and ensure the safety of media workers.”

Last week the country was rocked by deadly protests as thousands took to the streets to express their anger at the government, leading to curfews, internet blackouts and a crackdown on demonstrations, which left over a 100 people dead and thousands injured.

As violence escalated and the government scrambled to regain control of the situation, journalists and media outlets increasingly became targets of violence and attacks.

Dijlah TV, one of the most watched news channels in Iraq, was set on fire and its security guards were attacked by black-clad masked men. Other reporters were robbed, and journalists had their mobile phones seized, the NUIJ said.

Haider al-Maytham, a monitoring officer at NUIJ, told IPI that the stations had been targeted for their coverage of the demonstrations, an act authorities viewed as an implicit endorsement of the protesters.

While it was still unclear who ordered the raids, “it was certainly an act carried out by an influential authority”, he said, adding that an estimated 17 vehicles and over 100 unidentified men were involved in the raids on the larger satellite channels.

Al-Maytham said the climate for press freedom in Iraq was “deteriorating” and said the union still had major concerns for journalist’s safety. 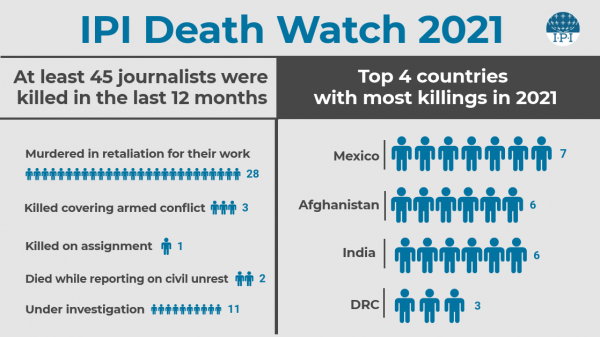 In 2021, a total of 45 journalists were killed in connection with their work, IPI research…
Read More 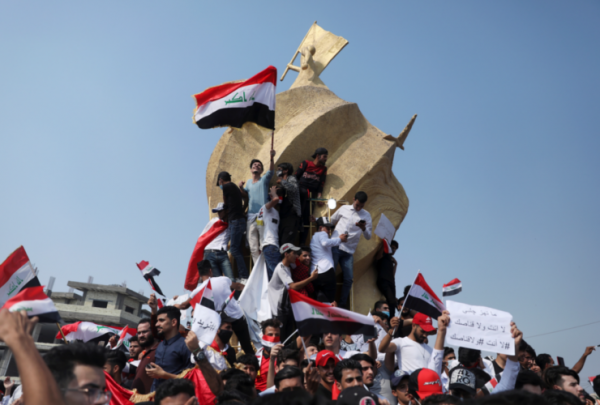