The chairman of the International Press Institute, a global network of editors, journalists and media executives, will join a high-level delegation of political, business and media leaders on a study tour to Senegal and Gambia from April 22 to 28, officials announced today.

John Yearwood, president/CEO of Yearwood Media Group, will use the visit to meet with representatives of various journalism organizations to promote the June 21 to 23 IPI World Congress in Abuja, Nigeria.

“At the IPI World Congress, we’ll discuss some of the exciting innovations in journalism being practiced in Africa as well as confront important issues facing journalists on the continent”, Yearwood, former World Editor of the Miami Herald, said. “I’m looking forward to discussing these issues and inviting colleagues in Senegal and Gambia to join us in Abuja.”

En route to West Africa, Yearwood will stop in Madrid to meet with leading Spanish journalists at a lunch hosted by former Spanish Foreign Minister Ana Palacio. After the mission, he will travel to Doha, Qatar to speak at the Al Jazeera Forum and meet with heads of journalism organizations in the Middle East and Africa.

The West African tour is part of the African Renaissance and Diaspora Network’s “Pathway to Solutions” initiative that seeks to popularize the United Nation’s Sustainable Development Goals”, ARDN President and CEO Djibril Diallo, who will lead the delegation, said.

“ARDN is committed to working with various stakeholders to achieve the 17 development goals by 2030”, Diallo said. “The goals are critical to ending poverty, protecting the planet and ensuring that all people enjoy peace and prosperity.”

The ARDN initiative to promote the goals has partnered with the Office of the United Nations deputy secretary-general, the UN Senior Africans Group, the Sustainable Development Solutions Network at Columbia University led by economist Jeffrey Sachs, the National Newspaper Publishers Association and the National Association of Black Journalists.

The mission will be named in honor of Les Payne, an NABJ founder and supporter of the organization’s outreach to Africa. Payne died March 19.

NABJ founder Joe Davidson, a columnist with The Washington Post, will be a member of the delegation to West Africa. Yearwood is former board member of NABJ.

“Les Payne, a Pulitzer Prize-winning journalist, was deeply committed to accurate and fair portrayals of Africa in the American media”, NABJ President Sarah Glover said. “Naming this mission in honor of Les is a fitting tribute to his memory.”

The mission is supported by the Ford Foundation, InterContinental Hotels Group and Michel Sidibe, executive director of the Joint United Nations Programme on HIV/AIDS (UNAIDS).

The delegation will meet with academics, journalists, civil society and senior government officials in Senegal and Gambia. Members will also participate in field visits to various projects, some supported by the United Nations and other agencies. 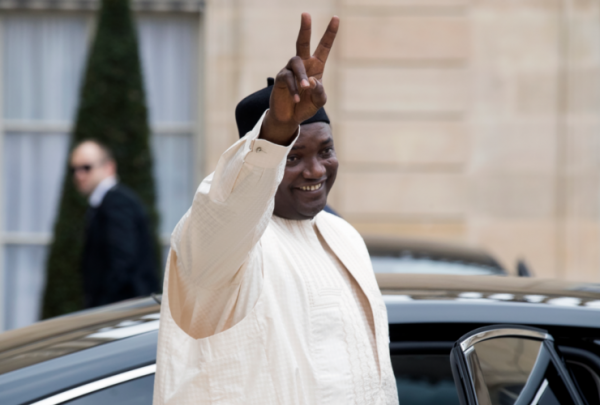