Prominent Nigerian journalist and IPI member Kadaria Ahmed: ‘You can't pick and choose which bits of democracy you want to practice’

Nigeria's President Muhammadu Buhari poses before the opening session of the Summit on the Financing of African Economies in Paris, France, 18 May 2021. EPA-EFE/LUDOVIC MARIN / POOL MAXPPP OUT

Nigerian authorities blocked Twitter on June 4 after the platform deleted a tweet by the country’s president, Muhammadu Buhari, which the company said violated its policy on “abusive behaviour”. The ban has affected an estimated 40 million users.

Since the ban, users have been able to access Twitter only by installing a VPN on their devices. But Ahmed said that not everyone has the ability to get a VPN as buying one with a good connection can be expensive.

“It [the ban] has had a huge impact on our work and on the right of people to access information”, Ahmed said. In that sense, she said, it has the potential to damage democracy.

But concerns about free expression and press freedom in Nigeria don’t stop at the Twitter ban, Ahmed said. For her, it’s clear that Nigeria’s media landscape is currently facing a broader repression

“We like to think there’s an improvement but recent moves by this particular government to ban Twitter and to use the cybercrime act to go after people are beginning to clamp down on the press”, she said.

Nigeria’s cybercrime law was adopted in 2015 and has since been frequently used against journalists and government critics. Although the law’s claimed intent was to secure Nigerians’ online privacy, in recent years it has become a tool for the authorities to target unwanted speech.

Now, proposed new amendments to Nigerian Press Council (NPC) and the National Broadcasting Commission (NBC) acts are raising further concern. Local media workers see the proposals as an attempt to regulate the media even more than before. In a statement last week, the Nigerian Guild of Editors said the bills “aimed at criminalising media practice in Nigeria”.

“It’s a shame that a government that was elected using the constitution, which guarantees our work, is actually clamping down on the press”, Ahmed said. “You can’t pick and choose which bits of democracy you want to practice. You’re either a democrat or you’re not.”

Even though the current situation in Nigeria regarding freedom of speech and press is alarming, Ahmed doesn’t want to speculate what will happen in future. “We are hoping it will not be a long-term ban and common sense will prevail”, she said.

Ban won’t hold up in court

Nigeria’s government has said that if Twitter wants to operate in the country, it should register locally. Ahmed thinks that in the case of Twitter and other social media platforms, the government’s aim to treat them as a regular business and be able to regulate their content.

“I don’t think that the way the government reacted to this was the right way. I think it lost a big opportunity to actually lead a conversation that is measured with this tech company. I think a ban was the wrong way to go”, she said, referring to the issue of how to curb hateful speech online without banning platforms like Twitter.

While Ahmed hopes the government will listen to the public and lift the ban soon, she also believes the ban should be challenged in court. “We believe based on advice we’ve received that their action is totally illegal and that no court of law will actually uphold it.” 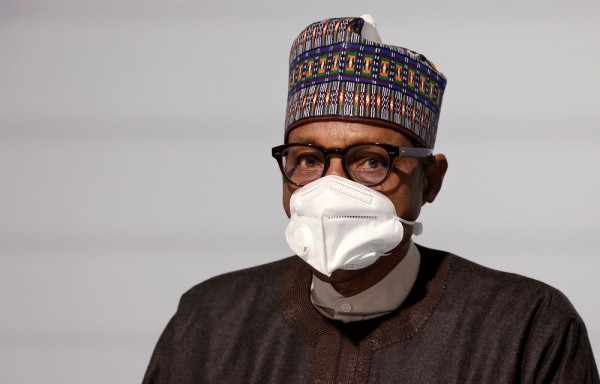