US President Donald J. Trump talks to the media on the South Lawn of the White House in Washington, DC, USA, 30 September 2020. EPA-EFE/Yuri Gripas / POOL 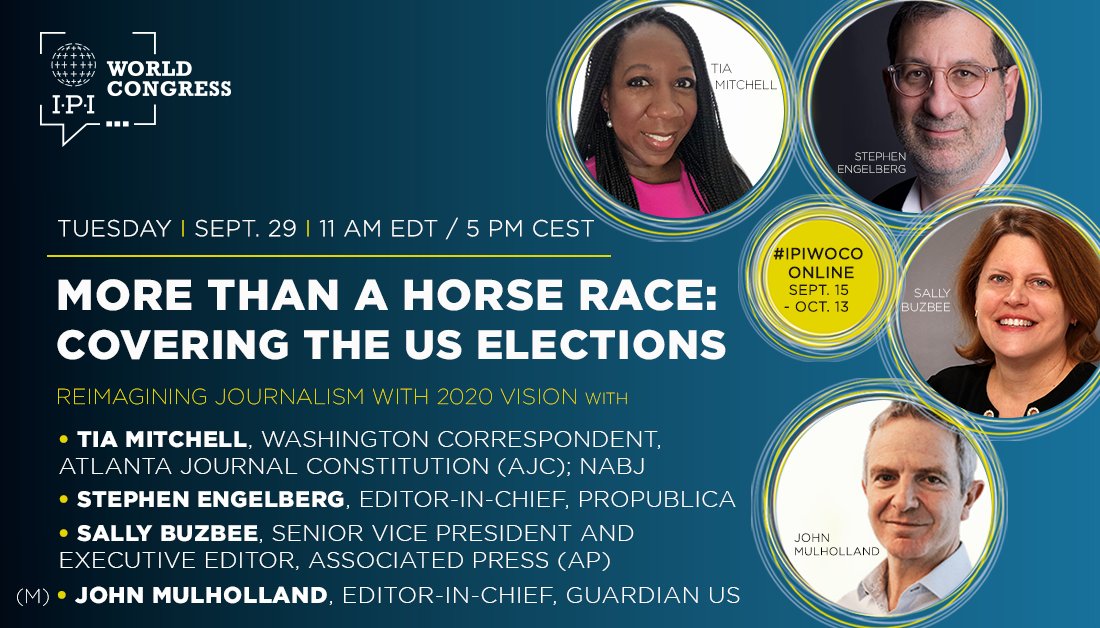 Giving an example of The New York Times’s investigation into Donald Trump’s tax returns, Buzbee said: “People in America are so polarized that they won’t believe incredible investigative journalism. They just switch off.”

Mitchell said that bridging this gap was a challenge due to “news deserts” – rural areas in which the closure of newspapers has left no source of local information. “This means their outlet is Fox News”, she explained. “But unless people actively seek and make the effort to read other news, they won’t get it.”

Another issue, she added, was that journalists themselves often did not seek to move outside their bubble and speak to marginalized or under-represented voters, both black and white.

Click here to explore the programme for IPI’s World Congress 2020.