Giulio Milani is a 41-year-old Italian freelance journalist with a fictional name and a real story. Before the Covid-19 crisis, he made just over a thousand euros a month. In early 2020 he was able to get two jobs which would significantly increase his monthly income and make his activity financially sustainable once and for all. Or so he thought.

“I had imagined that 2020 would have finally been the year of the breakthrough I had been waiting a long time for,” he says. But then the pandemic hit and things worsened for him and many other freelance journalists in Italy.

In the last decade self-employment has become a major part of many production sectors in Italy. Journalism is no exception. At the end of 2011, only 20% of the reporters regularly enrolled in the National Journalists Register had a fixed salary, and this percentage has progressively decreased. Yet, the entire regulatory framework governing employment agreements in the country has not been adequately updated and is still largely focused on salaried jobs.

A survey conducted in June 2020 by Acta (an Italy-based sister organization of the freelancers union) found that even before the pandemic, 68% of Italian freelance journalists earned less than €10,000 gross per year, with 48% of them earning less than €5,000 per year.

Acta’s councillor Mattia Cavani explains that surveys have shown how conditions have worsened over time due to distortions in the world of work and the Italian welfare system, which is only tailored for employees. “Those who work as independents often do not benefit from the institutional shock absorbers but can only access support from short term emergency measures,” he told IPI.

The lack of protection for independent workers – including the majority of journalists – means there is little support during periods of low income or moments such as illness or pregnancy. “The Italian welfare system leaves the self-employed behind, even if they are more and more important for the country,” said Cavani.

There are three main reasons for the impoverishment of freelance journalists: the cancellation of events, the non-payment of work already delivered, and the reduced rates paid by newspapers 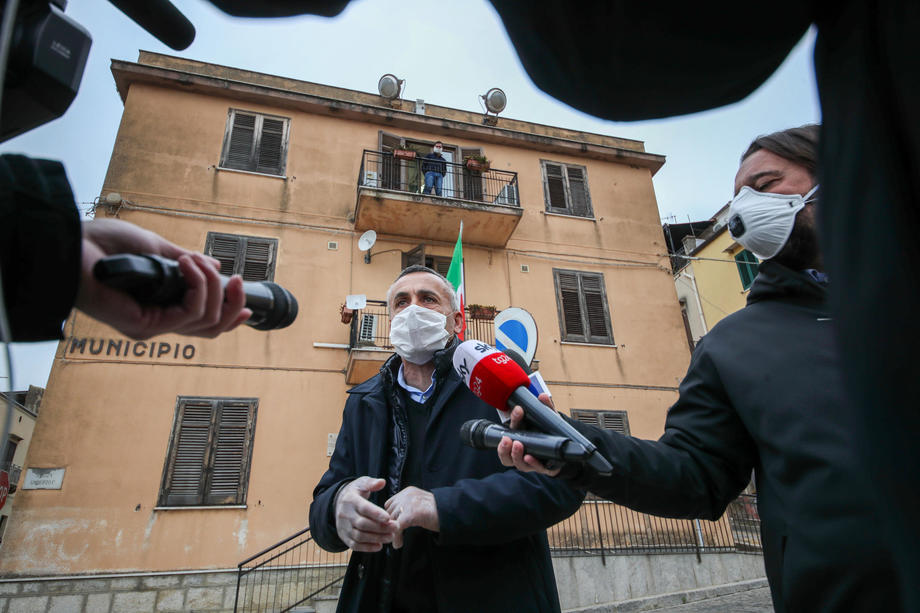 “Before the health crisis exploded, I obtained two major collaborations with well-known national newspapers. I created and delivered the commissioned works, but their content was no longer newsworthy because everything was dominated by Covid” said Giulio Milani.

The outlets decided not to pay Milani, even though the work had been turned in. One of the studies conducted revealed how payment upon publication rather than delivery is standard practice for 66% of freelance journalists. Three other freelancers, who preferred to remain anonymous, told IPI they also received no payment for pieces delivered just before the Covid-19 crisis.

“Overcoming such a mechanism would be one of the fundamental minimum steps to make the work of independent journalists at least dignified,” said Soru.

This is corroborated by the fact that many Italian freelancers have seen their chances of collaborating with national newspapers decrease. Important national and international events have been cancelled and there is less work as a result.

Antonio Piemontese, spokesperson for Acta Media, explains what the association is working on: “We published an appointment letter that should help freelancers get a reasonable fee in a reasonable time and upon delivery rather than publication.”

Freelance reporter Claudia Zanella, who was unable to earn any money during lockdown, says that reporting in a context where people were confined to their homes was almost impossible. “On the one hand it was difficult to go out, on the other hand when you went out there was no one to talk to,” she said

Giulio Milani lost approximately €2,000 during the two-month lockdown. But something changed in the meantime. “Once back to work, when new proposals were accepted, I was told by some editors that fees would be reduced by 30% due to the decrease in advertising income.”

Newspapers dependent on falling advertising revenue have generated debates on the sustainability of freedom of the press for some time. The Covid-19 crisis, however, has exacerbated the crisis. According to Alberto Puliafito, media business model expert and co-founder of Slow News: “the Covid emergency has accelerated the dynamics that have been in place for some time, highlighting many of the problems in the world as we know it.”

Puliafito argues that the ads-based model has reached the end of the line at the very moment of greatest interest and demand for the news for two main reasons, namely cuts to advertising budgets and the drop in newspaper sales.

In this already problematic context, Italian freelancers are now facing an additional source of economic uncertainty.

Anna Soru commented: “Such low wages mean that on the one hand the quality of the pieces produced is lowered, on the other the formats of journalism are decreasing. It is clear that if I am paid €20- or €30 gross per piece, I certainly won’t pull off a big investigation against those in power. It is not a question of censorship, but of the financial unsustainability of freelance activity. And the public eventually pays for it”.

Click here to read more of IPI’s reporting series, Media Freedom in Europe in the Shadow of Covid.