Blog: Restricting free speech to combat online harassment is not worth the risk

IPI is launching a set of video tutorials as part of its Ontheline programme to combat online attacks on journalists. The tutorials, covering the emotional impact of harassment as well as legal measures, can be found on IPI’s Newsrooms Ontheline hub along with other resources for newsrooms to defend their journalists.

The growing phenomenon of online attacks against journalists – which include threats, insults and smear campaigns as a means of silencing them and challenging their credibility in the public arena – has escalated the perceived tension between the protection of media freedom as a precondition for independent journalism and calls for strong tools to limit the dissemination of hateful and harassing comments on social media.

New laws with a clear potential to limit free speech, such as rules scrapping anonymity or mandating the removal of content by private companies without judicial oversight, are often presented as necessary remedies to counter online harassment, with little appreciation of the collateral risk for independent journalism that such legal remedies bring with them. Media freedom advocates have found themselves under attack for their opposition to disproportionate “online safety”, hate speech and so-called “anti-fake news” laws, which have proliferated around the world, often riding a wave of widespread frustration about growing levels of online harassment targeting politicians, activists and journalists, in particular women and members of minority groups.

IPI’s years-long research into online harassment against journalists and our work to identify effective solutions to counter it have shown that the purported tension between the protection of media freedom and the fight against online harassment is a false dichotomy. In fact, presenting online harassment as an unwanted product of excess free speech that needs correcting with new legal remedies is misleading and problematic, for a number of reasons.

First of all, IPI’s research has shown that harassment and smear campaigns against journalists are in most cases orchestrated by holders of political, economic and other forms of power, often operating with the aid of paid trolls and bots. They should therefore not necessarily be taken as an expression of society’s feelings. Limiting everybody’s rights on account of a handful of individuals abusing their powers is undemocratic. Working to identify and prosecute those responsible would be a more effective approach.

Further strengthening existing restrictions on media freedom and passing new laws specifically limiting online content is not only counterproductive but has also proven too complex an avenue to counter online harassment, failing to offer a rapid enough response and overburdening the judiciary.

Furthermore, journalists and media freedom advocates have always accepted that there are legal restrictions on what can be published. Typically, defamation and privacy laws, if clearly worded and with due public interest exceptions, are considered legitimate restrictions. And yet they are often abused to silence journalistic investigations exposing corruption and abuses of power. Further strengthening existing restrictions on media freedom and passing new laws specifically limiting online content is not only counterproductive but has also proven too complex an avenue to counter online harassment, failing to offer a rapid enough response and overburdening the judiciary.

And finally, laws prohibiting harassment, threats and cyber-stalking already exist in most jurisdictions and would be the most effective tools to tackle online attacks if properly implemented, which requires a long learning process by the police and the courts.

At IPI, we are constantly confronted with the frustration of the journalistic community at the hate they receive online and we have often recommended to not consider this as “the new normal”. We need to expose it, investigate its sources and fight it. But the question remains, how? IPI’s work with journalists and newsrooms on this topic has shown that the tools and strategies journalists have long known and used are still the best defence: solidarity, integrity and powerful journalism.

On one hand, these defences encompass solidarity and peer support. Newsrooms Ontheline helps journalists, editors and managers develop structures and internal protocols aimed at promoting a conversation within the newsroom about online attacks. At the same time, it provides information on how psychological and practical support mechanisms can be gradually set up to give targeted editors and journalists the confidence that being affected by online attacks is not something to be ashamed of but rather reflects the relevance of their journalism; and that they will be given the support they need by their colleagues and supervisors in the understanding that this professional evil is particularly malicious and we need to join forces against it.

Independent journalism has always had powerful enemies who have gone to great lengths to silence it. Online harassment and smear campaigns are nothing but the newest strategies to muzzle journalistic coverage.

On the other hand, they involve moderation and community-building. Independent journalism has always had powerful enemies who have gone to great lengths to silence it. Online harassment and smear campaigns are nothing but the newest strategies to muzzle journalistic coverage. The two strongest weapons that independent journalism has in its arsenal have always been integrity and popular support. Keeping conversations on news outlets’ discussion forums free from hate and smears through thorough moderation, while simultaneously building a community of readers and listeners who will support journalists when they are targeted are the best forms of prevention to limit the effects of online harassment against journalists.

Two newly launched sets of videos produced by IPI with two of the world’s leading experts in this area give journalists, editors and newsroom managers insight into existing legal remedies to fight online harassment as well as tools to recognize and address the trauma that online harassment can cause. The legal tutorials highlight not only the type of laws that may be used to defend targets of online harassment, but also the pitfalls that legal action itself can entail. The psychological tutorials propose strategies to implement peer-support networks, to reduce moderators’ exposure to violent content and a self-care plan for journalists, among other remedies.

And finally, we need to understand who is orchestrating online campaigns against our community. Investigative journalism has long been the best tool to hold powerful people accountable and expose wrongdoings. To this end, IPI will soon launch a new programme promoting journalistic investigations into online harassment.

Online harassment is a scourge of our times. But compromising our rights to fight it is not the solution. We cannot afford to undermine the journalism that we need more than ever. 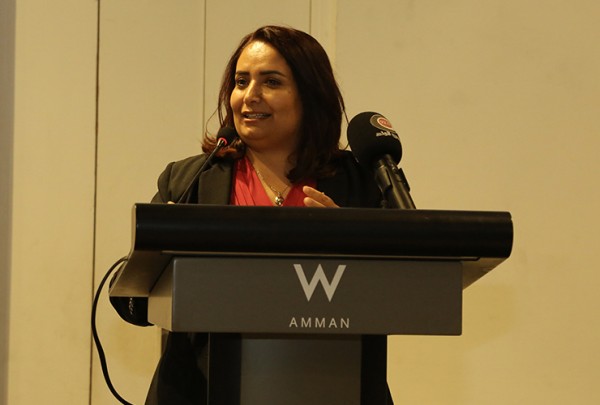 This interview is part of IPI’s series profiling our 10 new Executive Board members.  E…
Read More

How can journalists in Belarus carry on reporting in extreme conditions? How can internati…
Read More