As pandemic grows, Slovak media struggle to fight the infodemic

Slovak mainstream media have stood at the forefront of public education about the dangers of the COVID-19 pandemic this year. With disinformation campaigns growing and pandemic getting worse, however, the media also face new challenges in their quest of protecting the truth.

On September 27, a few weeks after the second wave of the coronavirus pandemic hit Slovakia, Marian Kotleba, leader of the neo-fascist People’s Party Our Slovakia (LSNS) and a known promoter of conspiracy theories about COVID-19, appeared in a televised political debate at RTVS, the Slovak public broadcaster, refusing to put on a face mask. Breaking the internal rules of RTVS and ignoring the host’s appeals to put it on, Kotleba went on to claim that wearing masks was “dangerous”, because “lungs produce various toxins during exhaling”.

The simple episode in one of the mst watched weekly political programmes in Slovakia ignited a wave of criticism from the public. “The dangerous stuff that Marian Kotleba says can really influence people’s behaviour, and that’s why he can’t be ignored”, said Juraj Šeliga, an MP for the party For the People (Za ludi), who filed a complaint against Kotleba at the regional public health authority office for not following official epidemiologic measures. “Kotleba has the right for his own opinion, but not for his own facts,” said Šeliga in a statement. “It’s our responsibility to fight against conspiracies and lies that can endanger people’s health”, he added.

Marek Makara, host of the RTVS debate, argued that Kotleba didn’t spread any outright conspiracies on the programme. “His opinions were confronted by the coalition MPs, as well as by the doctor and former minister of healthcare Richard Rasi, so the opinions were properly represented and balanced, RTVS can’t be blamed in this sense”, he said in a reaction. “If we threw [Marian Kotleba] out, I would turn him into a victim and a hero. Although a lot of liberal journalists have criticized me for that, it has been confirmed that my decision was right, because he only remained a hero within his own Facebook bubble”, thinks Makara.

Experts on disinformation, however, don’t agree. “The host of the discussion has failed spectacularly”, thinks Tomáš Kriššák, a leading information security expert in Slovakia. “A host is like a conductor of an orchestra, he decides on whether the guests are sticking to the topic, whether they are sticking to facts. He has a right to intervene when someone hijacks the discussion and abuses freedom of speech”, said Kriššák. “If Kotleba was thrown out, it would immediately show the society that ignorance like this, and putting others in danger, is not tolerated. It would be a very strong signal”, thinks the expert, who says Kotleba would surely not be seen as a hero in this case. “By getting more space and saying whatever he wanted, Kotleba legitimised his own agenda”, added Kriššák.

Allowing the spread of disinformation narratives in influential media might be a slippery slope in Slovakia, where, according to the latest survey by Globsec Policy Institue, 56 percent people on average believe in conspiracy theories, the most in the Central and Eastern European region. And while the main channel for disinformation remains Facebook, various narratives have gradually spread to the mainstream, thanks in particular to extremist and populist politicians. “Many of the public statements of (former governing party) SMER and its representatives go in this direction, too”, said Daniel Milo, an analyst at Globsec, who says that more and more mainstream parties in Slovakia are trying to compete with the extremist LSNS, even by spreading disinformation narratives.

The only TV news channel in Slovakia, TA3, has struggled to balance information about the coronavirus this year, too. “It started with Soňa Peková, who first expressed her theory that COVID was created in labs in TA3”, said Vladimír Šnídl, a journalist with Denník N who dedicates most of his work to fighting disinformation and hoaxes. Peková is a Czech molecular biologist who became the rising star of conspiracy websites after she started questioning the origins and dangers of the coronavirus in spring. In September, TA3 hosts invited more conspiracy-prone guests to serious discussions about COVID-19, giving prominent space to a dietician doubting the pandemic or to two anti-vaxx promoters.

Politicians and experts agree that the ever-growing second wave of the coronavirus in Slovakia has been strongly influenced by the “infodemic” perpetrating the public space, from politics, to Facebook and media. As a result, support for wearing face masks and following other measures dropped from 94 percent in April, to 62.5 percent in September, according to a survey by Focus polling agency for Denník N and TV Markiza. According to another survey by Ipsos agency from October, 54 percent of Slovaks don’t know what information about COVID-19 they can trust.

In response to a growing information security crisis, however, many Slovak media stepped up their fight against disinformation, too. “Media themselves have the basic preconditions for the fight against disinformation”, said Šnídl, who started a special section called Krotime hoaxy (We’re taming the hoaxes) at Denník N in 2019, posting debunking stories and videos on the news site, Facebook and YouTube. “Media still have a big reach, they can get the message to a big audience. At the same time, they can understand how disinformation works, and they can break it down for the audience”, he added. “But it’s not enough to write articles, we need to do more”, said the journalist. 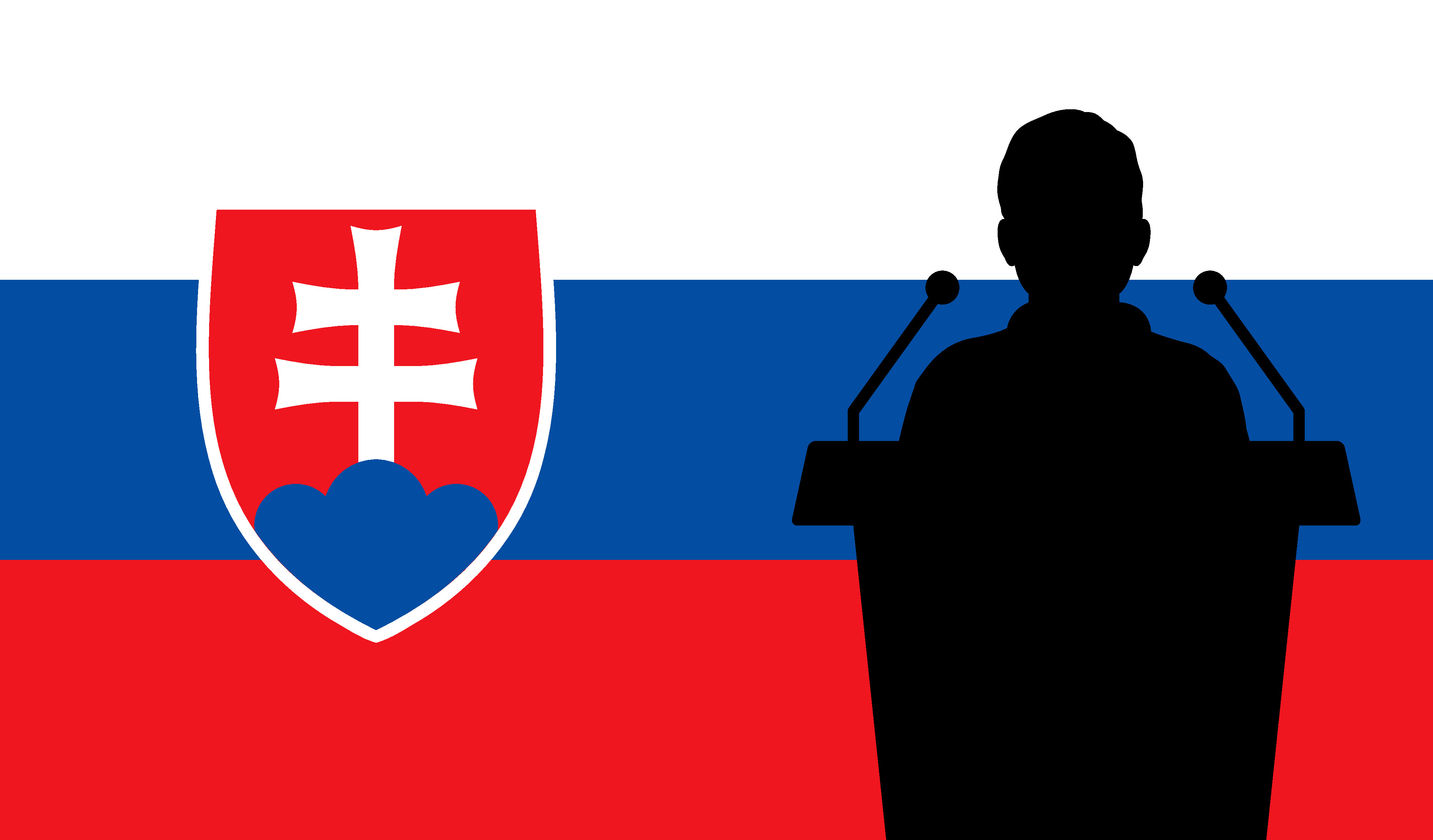 In 2017, Denník N created a special magazine dedicated to fighting hoaxes and disinformation, set to help teachers and schools with media literacy or critical thinking education. “I don’t see media as a main problem today. The problem is social networks, mainly Facebook, and low media literacy in society”, said Šnídl. “There was a huge interest in the magazine, hundreds of teachers wrote to us”, said the journalist, who went on to lead classes and workshops about disinformation in schools. Whenever he can, he talks about disinformation in other media with different audiences, and thinks that tabloid media also play a significant role in educating society during the pandemic. “When we debunk a hoax, it only gets to a certain bubble of our readers, but the tabloid can reach the people who are actually targeted by hoaxes, too”, he said.

The way in which tabloids approach the coronavirus conspiracies, however, is important as well. This month, Nový Čas pre Ženy, a popular weekly tabloid magazine, headlined with a question: “Are vaccines and masks harmful?” Inside the publication, journalists went on to debunk the most popular myths and conspiracies about the virus and invited experts to promote the facts, but the question in the title create room for doubt in the first place. “When you publish a headline like that, people have a tendency to rather remember the lie that they saw first”, said Kriššák.

In October, Slovak Radio, part of RTVS network, started a special programme dedicated to debunking popular hoaxes related to coronavirus, as part of its Monday morning show Dobré ráno, Slovensko (Good morning, Slovakia). Experts on disinformation became part of the production team, making sure facts and truth were given the utmost priority. “For example, we talked about the fact that you can’t beat the coronavirus with colloidal silver or that 5G technologies don’t spread the virus”, said Kriššák, who said that a group of medical experts or analysts were set to appear on the programme.

“Media should approach disinformation on principle and most of all, with responsibility”, said Kriššák. “Social networks already have a bad enough reputation, and people subconsciously feel that they shouldn’t trust what they see there, even though it’s really a ditch”, he added. “So it is all the more important that this ditch doesn’t reach the radio, television and other traditional media, so that they can become the pillars that people can rely on in times of uncertainty.”