The IPI global network today condemned what it called the biggest crackdown on independent media in Russia in several years and urged international condemnation of the escalating assault on media freedom by the Kremlin ahead of next month’s parliamentary election.

Pressure on media by authorities reached a new peak on Friday August 20 when the justice ministry listed the country’s largest independent online broadcaster, TV Rain (Dozhd), a “foreign agent”. Its chief editor, Tikhon Dzyadko, said it will appeal the decision.

The same day, investigative platform Vazhnye Istorii (IStories), its editor-in-chief and five journalists were also added to the growing list of “foreign agents”, a label which effectively blacklists the outlet, deters funding or advertising and leaves reporters facing possible jail time for their work.

On Saturday, several journalists who protested outside the headquarters of the FSB security agency in Moscow against the decision to label Dozhd TV as a foreign agent were detained by police. Some held placards with the messages: “Journalism is not a Crime” and “You are Afraid of the Truth”.

“The labelling of Dozhd TV and iStories represents the most outrageous use to date of this Soviet-style ‘foreign agent’ law by Russian authorities and another blatant attack on what remains of independent media within the country”, IPI Deputy Director Scott Griffen said. “While Russia says that media slapped with the ‘foreign agent’ moniker can continue working, the reality is that it can be a death sentence, as advertisers pull out and the outlet is slowly starved of financing. Numerous publications have been forced to close for fear their journalists will be prosecuted and more are likely to follow.

“As an organization committed to defending press freedom globally, IPI stands opposed to foreign agent laws used against the media by all governments, not just the law implemented by the Russian Federation. However, these most recent decisions show clearly that Russia’s foreign agent law is being weaponized beyond an international tit-for-tat and beyond any conceivable legitimate purpose to pressure media that publish critical content. Russia’s actions are in clear violation of Article 10 of the European Convention of Human Rights and place the future of independent media in the country in doubt. We strongly urge the Russian authorities to withdraw the ‘foreign agent’ label applied to Dozhd and iStories, and we call on the EU Commission and EU heads of state to raise media freedom with their Russian counterparts as a matter of priority.”

The law requires branded outlets to disclose sources of funding and put a disclaimer in capital letters above every text they publish, warning viewers they are about to read content from a “foreign agent”. If media do not comply, they face fines, criminal charges or even a complete publication ban.

Until now it has been used against smaller online publications and U.S.-funded media. The designation of Dozhd TV is the first time a broadcaster watched by millions has been targeted. The subscription-based channel, long critical of the government, was forced off the airwaves in 2014 after cable operators cancelled their contracts with the company following pressure by authorities.

Nadezda Azhgikhina, director of PEN Moscow, told IPI the addition of Dozhd TV to the list was the clearest illustration yet that “independent voices are not welcome”. “It is very bad for journalism in Russia and for journalists as a whole”, she said.

Sofia Rusova, co-chair of the Journalists’ and Media Workers’ Union (JMWU) in Russia told IPI that for such journalists being listed on the justice ministry’s register represented a de facto ban from the profession. The JMWU has submitted a request to the Moscow mayor’s office for permission to hold a protest rally against the foreign agent law on Saturday September 4; no response has yet been given by authorities. 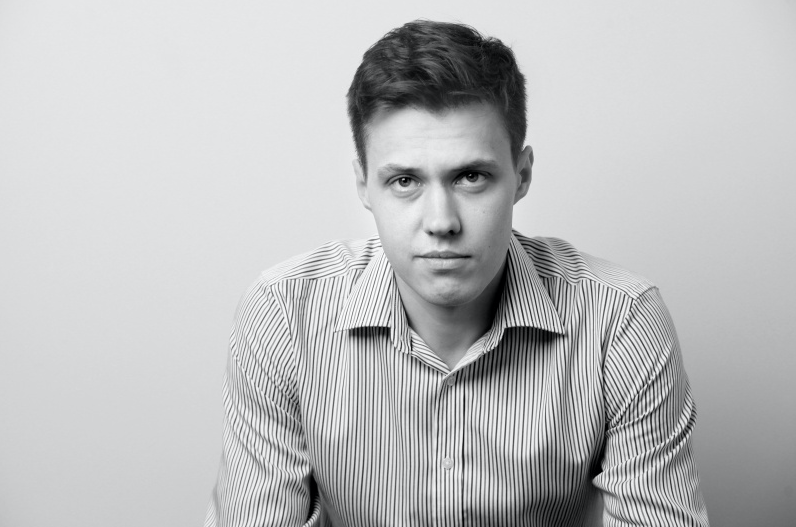 Russian investigative journalist Roman Anin, editor-in-chief of IStories, a member of the OCCRP

The designations are the latest in a slew of attacks by authorities against what remains of Russia’s investigative and critical media. The aim of the recent crackdown appears two-fold.

First, to further suppress media reporting providing oxygen to the political movement sparked by jailed opposition leader Alexei Navalny, which led to nationwide anti-government protests in January. With elections in September, authorities are scrambling to puncture any media capable of publishing damaging revelations or denting the country’s dominant pro-government narrative ahead of the vote.

Second, to cut down to size or silence the string of online investigative outlets that have sprouted up across Russia in last few years. The establishment of these small but professional outlets was one of the biggest booms in media critical of the government since the 1990s. Many have published damaging stories about Russia’s secretive security agencies, state-sanctioned assassinations, the downing of the Malaysia Airlines Flight 17 and high-level Kremlin corruption. This reporting has fuelled public anger and become a major thorn in the side of the government.

In response, the Kremlin strengthened the foreign agent law in March 2021 and deployed it along with an array of regulatory, economic and legislative tools. As IPI has documented, the result has been one of the worst years for independent journalism in Russia in decades.

– In January, dozens of journalists were detained or injured by police while covering protests in support of Navalny. Months later, the investigative arm of Navalny’s Anti-Corruption Fund was declared “extremist”.

–  In April, Latvia-based independent newspaper Meduza and Russia-based news outlet PASMI were added to the ‘foreign agent’ The home of award-winning iStories editor-in-chief Roman Anin was raided by the Federal Security Service (FSB).

– In June, Russian business newspaper VTimes was forced to close completely over concerns its staff could be prosecuted after it was designated a “foreign agent”.

– In July, investigative outlet The Insider was also added to the ‘foreign agent’ list. A week later, police raided the apartment of its editor-in-chief, Roman Dobrokhotov.

– In July, several reporters for U.S.-funded Radio Free Europe/Radio Liberty and Open Media were added to the “foreign agents” RFE/RL have refused to comply with the requirements and faces estimated violation fines of €821,000, which it is challenging in court. Its newsrooms have been raided multiple times by police and some staff have been forced to relocate abroad.

– In August, prominent investigative outlet Proekt was banned after being labelled an “undesirable organization by the Prosecutor General’s office. Eight journalists and its editor-in-chief were listed as “foreign agents”. Homes of its staff were raided by police in June 2021. Badanin fled Russia to avoid potential criminal prosecution.

– In August, Russian Ministry of Foreign affairs refused to renew the visa of the BBC’s Moscow correspondent, Sarah Rainsford, leaving her with no choice but to leave the country by the end of the month.

IPI global network condemns this move, which is a serious escalation of use of foreign agent law to harass media.https://t.co/hYIYPIgD4p