Kazakhstan President Nursultan Nazarbayev casts his ballot at a polling station during a snap parliamentary election in Astana, Kazakhstan on March 20, 2016. REUTERS/Mukhtar Kholdorbekov

The International Press Institute (IPI) today criticised a Kazakhstan court’s decision sentencing the head of the country’s Journalists Union and National Press Club and his son to lengthy prison terms on corruption charges that rights defenders have decried as politically motivated.

An Astana court convicted Seitkazy Matayev of tax evasion and embezzlement yesterday and handed him a six-year prison sentence. His son Aset, who heads the KazTAG news agency, was sentenced to spend five years behind bars.

“The circumstances of the case – including not only the charges themselves, but their timing just ahead of parliamentary elections – strongly suggest that Mr. Matayev and his son were targeted to send journalists a message,” IPI Director of Advocacy and Communications Steven M. Ellis said. “We are extremely disappointed by this decision and we call for them to be freed immediately.”

Matayev and his son were detained in February and accused of having defrauded the government of some 300 million tenges (approx. €800,000) in connection with money KazTAG received under a state subsidy program. Officers of the National Anti-Corruption Agency took them into custody shortly before they were set to hold a press conference to address the allegations against them.

The case arose less than a month before legislative elections held on March 20. Matayev and his son acknowledge accepting money from the state, but they claim that it was received legally and that they paid taxes on it. Matayev also has maintained that the case was orchestrated by former presidential administration head Nurlan Nigmatullin, who now chairs the lower house of Parliament.

Supporters of the pair have accused the government of seeking to curb operations of the National Press Club, described by Kazakh media freedom watchdog Adil Soz as “a place for political dialogue and discussion”, and to extend state control over KazTAG content. In a statement, Adil Soz rejected yesterday’s sentences as an “abuse of law and common sense”.

Others suggest that targeting Matayev – who served as President Nursultan Nazarbayev’s first press secretary following independence in 1991 and was not an opposition figure – was intended to send a message to potential government critics.

Media freedom in the central Asian nation is limited and observers have described a further clampdown on independent journalism in recent years.

Authorities, however, deny allegations that the case resulted from political pressure.

Trial in the case suffered from a number of delays due to health problems suffered by Mayatev, 61, who was hospitalised on multiple occasions with symptoms reportedly including high blood pressure. 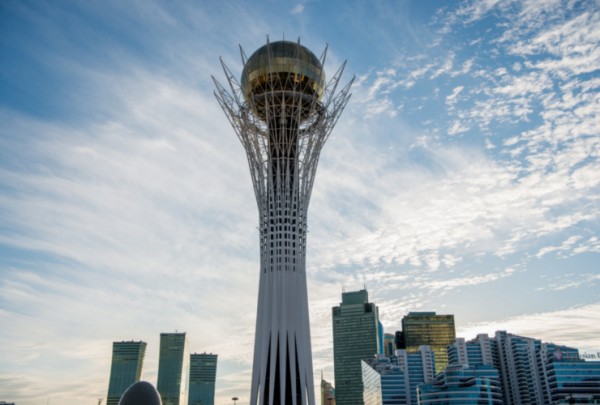