‘We are worried that journalists will continue to be targeted’

In Somalia, a nation of ever-shifting fortunes, the first few months of 2012 have been particularly deadly for the media. Four journalists have been killed in the war-weary East African state this year – one each month. Only Syria has been more dangerous.

Numerous other Somali journalists have been wounded in or narrowly escaped assassination attempts. Earlier this month, just days after the New York Times ran an article showcasing the peaceful renaissance of Mogadishu, a suicide bomber targeted the reopening ceremony of Somalia’s National Theatre, seriously wounding 10 journalists.

The world is mostly familiar with the suffering of Somalia, which descended into anarchy in 1991 following a decade of civil strife. The collapse also caused the country to split into three parts: the self-declared state of Somaliland in the northeast, semi-autonomous Puntland in the northwest, and the rump state with Mogadishu at its centre.

However, while the trials and tribulations of the Somali people have been well-documented – including a mass famine last year – the current plight of the country’s media has gone largely unnoticed. In commemoration of UNESCO World Press Freedom Day 2012, IPI talked to Mohamed Ibrahim, director of the National Union of Somali Journalists (NUSOJ) and a contributor to the New York Times, to discuss the state of Somali media.

Ibrahim told IPI that the greatest problem his country’s journalists face is impunity in cases of crimes committed against the media. The murderers of journalists in Somalia rarely, if ever, face prosecution. ”We are pushing hard to build a campaign to urge the government to take action and investigate,” Ibrahim said of NUSOJ’s work. “[But] so far no one has been brought to court – either because the police don’t have the capacity to do so or they don’t care about it.”

Political transition periods are particularly dangerous times for the media, Ibrahim said, noting that Somalia is currently attempting to move from a transitional government to a full, permanent government. “Most journalists are still unprotected at this time,” he indicated. “We are worried that journalists will continue to be targeted during this current transition period.”

Ibrahim pointed to 2007, after the expulsion of the radical Islamic Courts Union, as an example of a similar moment of political instability. According to IPI’s Death Watch, eight journalists were killed in Somalia in 2007 – compared to one the previous year.

After “just” two journalists were killed in 2008, a similar spike occurred in 2009, a third transitional period identified by Ibrahim. In that year, a coalition of militias, including Al-Shabab, drove Ethiopian troops out of the country and began an uprising against the transitional federal government. Nine journalists were killed in Somalia that year.

The safety of journalists, Ibrahim agreed, is partly contingent upon a stable political situation. “Fully operational institutions in a full government will help improve the situation of journalists,” he said.

In his conversation with IPI, Ibrahim expressed both at once frustration and hope at the situation of journalists in Somalia. “Press freedom in Somalia is currently in a bad condition,” he conceded, noting in particular an anti-terrorism law in Puntland under which journalists arrested under vague suspicions of conspiracy against the state are denied legal aid.

He also spoke to the effects of Al-Shabab, the murderous militia group linked to Al-Qaeda. “Al-Shabab continues to threaten journalists who cover the news of the government … they are angry because they are losing territory to the government and become even angrier when the media covers this.”

Press freedom has also deteriorated recently in Puntland and Somaliland, the latter widely considered one of the most democratic, stable regions in the Horn of Africa. In January, IPI reported on mass arrests and intimidations of journalists in Somaliland.

But Ibrahim appeared optimistic that the situation would improve, despite the recent killings. He pointed out that there are now over 20 radio stations in Mogadishu, at least four of which had been created in the last two months alone.

In the meantime, Somali authorities must work to break the cycle of violence and impunity that is creeping back during yet another period of political instability. According to IPI research, a deadly pattern has emerged in recent months, in which journalists are ambushed by unknown gunmen while walking home from their offices – and the perpetrators escape unscathed. All four murdered journalists this year were killed under similar circumstances.

Asked about the importance of UNESCO World Press Freedom Day – and whether press freedom is translatable to Somalia’s cultural context – Ibrahim said, “We believe that freedom of expression is a universal value and valid here in Somalia as well.” But right now, he lamented, “Those who are not willing to respect freedom of expression can do what they want against media [outlets] that express their own views.”

Journalists in Somalia, he noted finally, “are very brave to still be in the country and continuing to do their work.”

IPI reiterates its call to the Somali government to help guard journalist safety and the rights to freedom of expression and information – and thereby ensure that the media can play its critical role in helping the country rebuild itself into a functioning democracy after decades of authoritarianism and conflict. 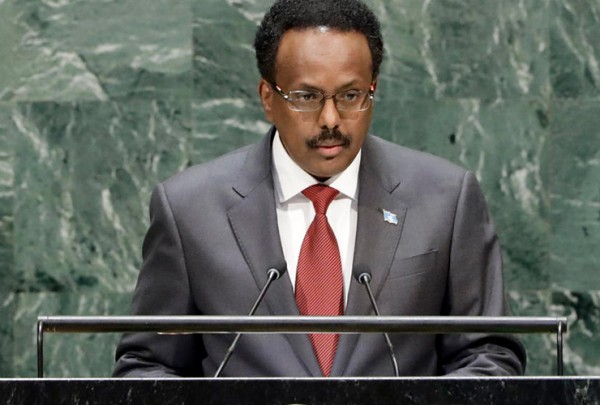