When Hazel Sheffield, a British freelance investigative journalist, heard that swathes of Estonian forests were being felled to feed Western Europe’s growing appetite for renewable energy, she was hooked.

“It was instantly kind of weird and interesting,” she recalled.

Sheffield was referring to western Europe’s booming biomass industry, which delivers a steady supply of wood pellets to be burned in former coal plants as renewable fuel.

Accounting for almost 60 percent of the European Union’s renewable energy needs, it’s an industry driven by subsidies and not known for transparency. And despite the bloc’s supposedly green ambitions, it’s ravishing once-pristine woodlands in the east.

Speaking in a joint interview with the International Press Institute (IPI), the two gave a behind-the-scenes glimpse of a project that has grabbed the attention of policymakers, energy experts and climate activists including Greta Thunberg.

“Carbon-neutrality is a fairy tale”

Essential read on how “bioenergy” is accelerating the climate crisis in the time span we have at hand. https://t.co/ifN3DOGcXN

Their team of 16 journalists from eight countries spent several months scrutinising Europe’s biomass trade, with a particular focus on its impact on Estonian forests.

Covering  Belgium, Estonia, Germany, Latvia, the Netherlands, Portugal, Spain and Britain, they looked at everything from lobbying and subsidies to certifications. They combined advanced geospatial tools with on-the-ground reporting.

In this way, they connected the dots between EU energy policy, powerful business interests and the destruction of eastern forests — an under-reported story in western European media.

Though Sheffield has a background in investigative journalism and Gijzel has worked on a number of cross-border projects, including setting up Are We Europe magazine, working on an investigation with a big international group was new for both.

“I think we were lucky, because we weren’t dealing with criminals — drugs, sex or, you know, corruption,” Sheffield said. “It was about energy subsidies. It’s not the scariest topic.”

Even so, there were plenty of challenges.

“At Are We Europe we usually work with a local team to find the story on location,” said Gijzel, who was recently appointed partnership developer for Dutch public broadcaster VPRO, the team’s leading newsroom partner.

“Here we had months of research that we needed to pull together into a storyline.”

The duo felt under pressure to make everything work out.

“We were very strategic in the way that we organised our time and very careful to meet all of our deadlines,” Sheffield said. 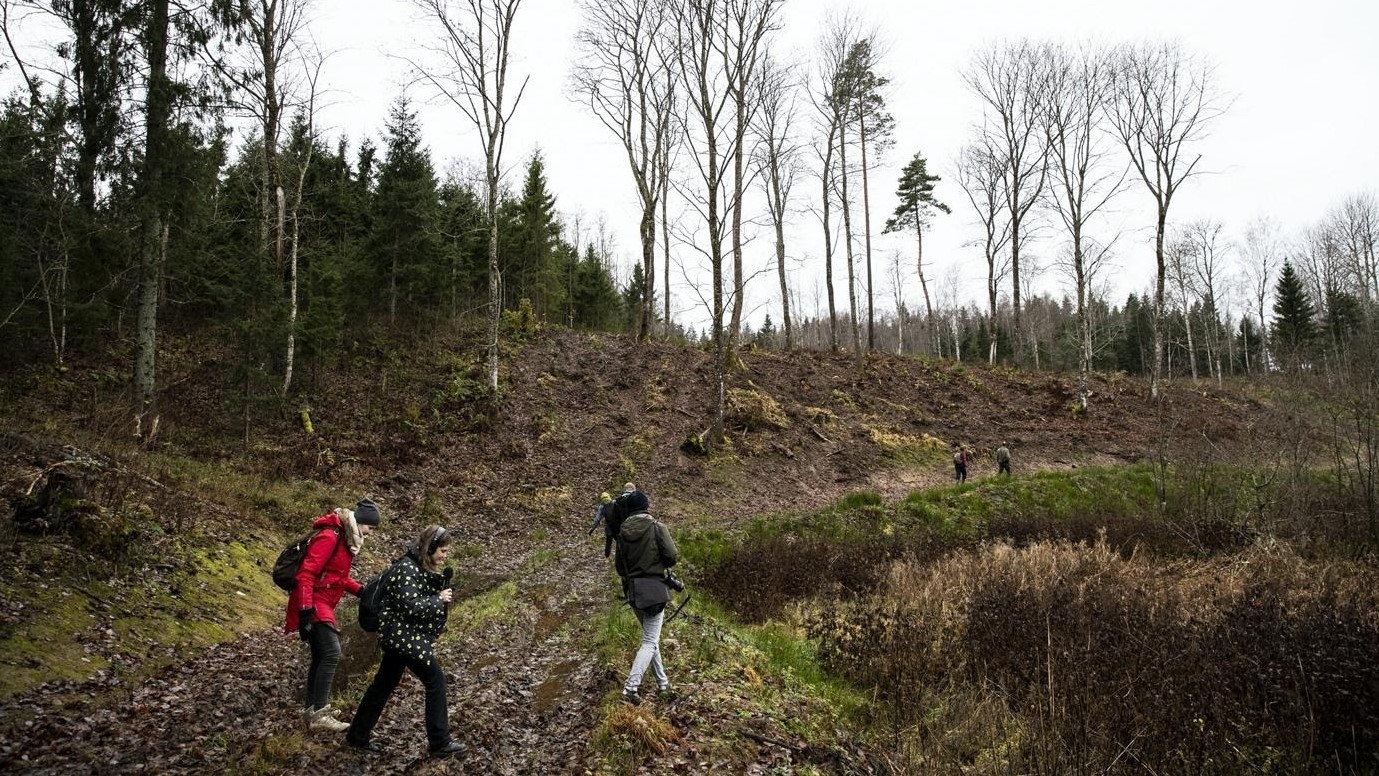 To keep everyone posted about each new development, the group used encrypted, open-source platforms such as Rocket Chat and Signal.

They also created their own “Wikipedia” for key documents — especially useful early on when everyone was exploring the state of wood pellet production in their own countries.

Some countries were easier to crack than others. In the Netherlands, for example, biomass is a political hot potato.

“A lot of organisations and entities didn’t want to talk to us because it’s such an explosive topic,” Gijzel said. “So we missed parts of the story because people refused to speak out on this before any political decision is taken.”

In February, in a tiny German village, @PiretReiljan told a group of journalists that forests in her native Estonia are cut down and exported to Western countries to burn in former coal plants as renewable fuel. Today our investigation is live @Guardian https://t.co/zvmkQu5emB

Sometimes, wellbeing was a concern.

“It was risky for my Estonian colleague, obviously,” Sheffield said, referring to Piret Reiljan, who initiated the idea of the investigation when she met Sheffield and other journalists at a workshop on collaborative journalism in Germany in early 2020.

“It’s a small country and she works as a business journalist. We worried about her getting threats or in some way being discredited. We knew that the lobby for the industry was very strong.”

But so far, so good, she added.

“It never escalated beyond a few email complaints, which you would expect.” 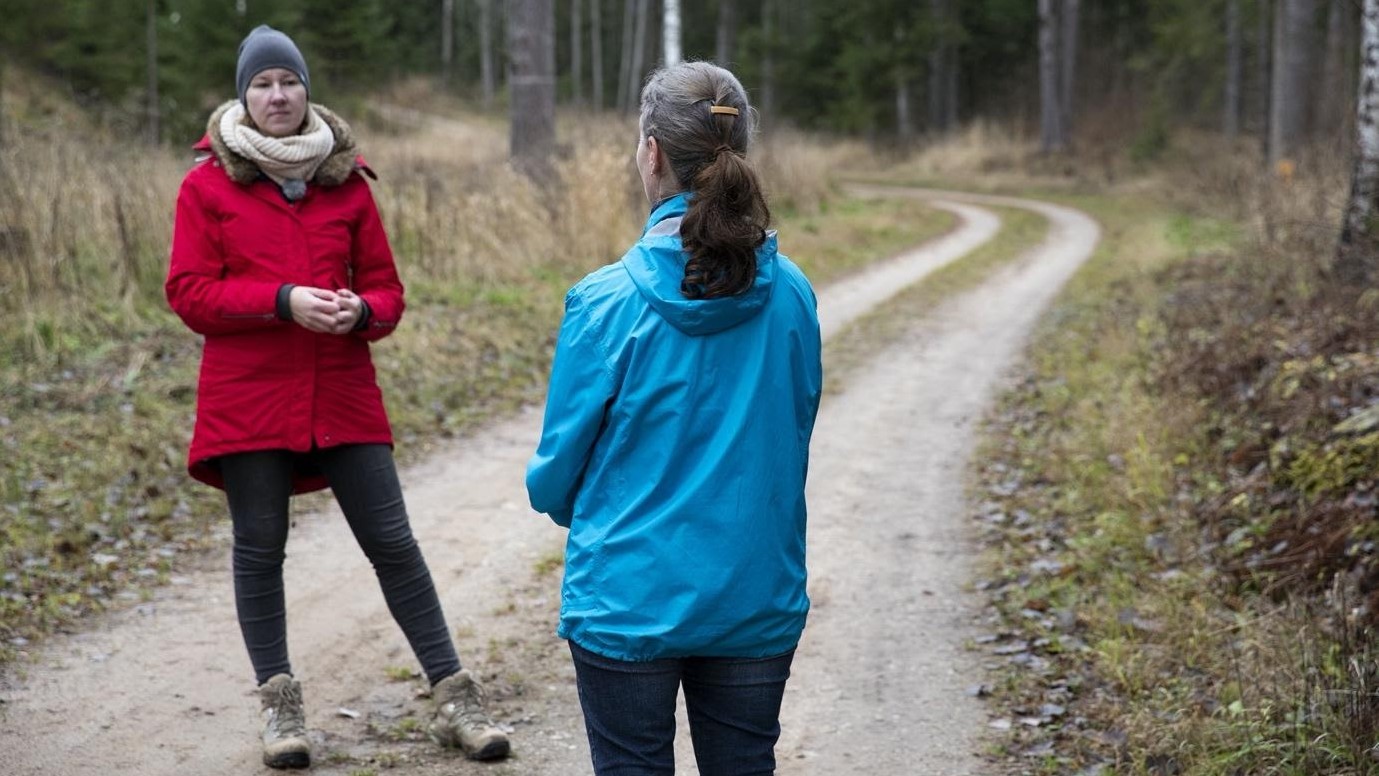 The COVID-19 pandemic posed extra challenges, preventing the group from travelling together to Estonia as initially planned.

“We wanted to take the reader to the site of environmental devastation,” Sheffield said. “To do that, we knew we needed to go there ourselves.”

They didn’t give up. In November, a few team members were able to travel to Estonia, keeping the others posted via the internet.

“We had all the tools for that, but it’s a shame,” she said. “It would have been nice to hang out with them.” 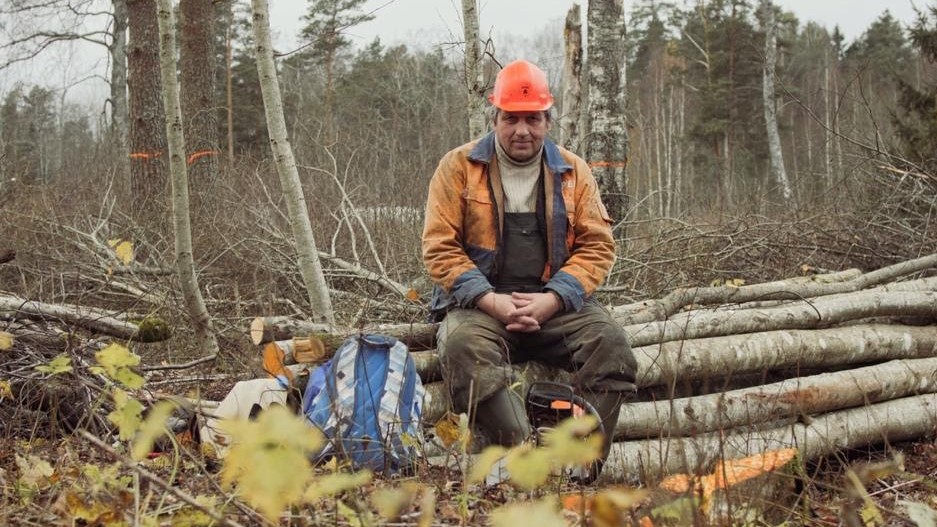 The team met members of the local community who are protesting against the clear-cutting of their forests. Photo: Nele Aunup

When it was time to publish, the group used a variety of media platforms. The investigation made headlines in print, audio, on TV and as an online interactive.

So far, the investigation has yielded 14 stories published by big newsrooms such as The Guardian and Die Zeit, reaching around 800,000 people, Gijzel said.

The cross-border investigation was so successful that the team already has plans for other projects.

“It’s always a roller coaster and I’m so happy that everybody was just so nice and so invested in the project,” Gijzel said. “We shared the same morals and we had a very strong foundation that we worked from and didn’t deviate from.”

Visit the IJ4EU site to see all the stories in Money to Burn. 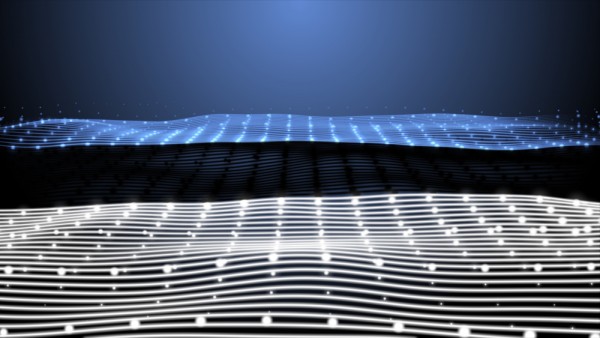 Estonia, one of Europe’s smallest nations, has been well known as a trailblazer glob…
Read More