IPI calls for release of all journalists behind bars

The International Press Institute (IPI), a global network of editors, media executives and leading journalists for press freedom, called today on Egyptian authorities to release all reporters still detained following a recent wave of arrests and condemned the government’s use of targeted cyberattacks on journalists.

At least 21 journalists have been arrested across the country since protests broke out on September 20, according to data provided to the IPI from the Egyptian Commission for Rights and Freedoms (ECRF). Of those detained, 17 are still behind bars or are being held in an unidentified location, the Cairo-based NGO said.

However, over the weekend, six more journalists were arrested, including Israa Abdelfattah, Ahmed al-Khatib and Ahmed Magdi, the ECRF said.

The wave of arrests comes amid reports that Egyptian government offices worked with intelligence agencies to carry out sophisticated cyberattacks against critics of the regime, which included breaching journalists’ communications and tracking their locations, further facilitating the crackdown. Among those targeted was Khaled Dawoud, a journalist and former head of the liberal al-Dustour party, who was arrested on September 25.

🔴 Six more journalists were arrested in #Egypt over the weekend. At least 21 journalists have now been detained since protests broke out on Sept. 20. #journalismisnotacrime #PressEgypthttps://t.co/8onHOcbxPd

IPI Director of Advocacy Ravi R. Prasad said the incidents were another stark example of the regime’s repressive attitude towards media and a further stain on its press freedom record.

“Egypt is already one of the biggest prisons for journalists in the world,” he said. “Locking up over a dozen journalists and photographers for reporting on the protests is an unacceptable attack on press freedom and yet another sign of the government’s heavy-handed tactics in crushing dissent.

“The government’s targeted surveillance and harassment campaign is a grave breach of journalists’ basic rights and their ability to conduct their work. We call on President Abdel Fattah al-Sisi to release all jailed journalists and allow the press to do its job.”

Many of the journalists were arrested while covering the protests and livestreaming events, while others were arrested at their homes, Mina Thabet, head of the policy unit at the ECRF, told IPI.

“The Egyptian security has launched an unprecedented crackdown since these protests began”, he said. “The only clear logic behind this is to spread fear and to punish those who criticized the government now or somewhen in the past.”

Meanwhile, journalists who had been publicly critical of the government were among many to have their Twitter accounts suspended during the protests.

Last month, major internet service providers in Egypt began to restrict access to international media outlets including the BBC, the Jordanian website Hibr, the U.S-funded Al-Hurra news website and the website of the Arab Reporters for Investigative Journalism, based in Jordan.

Small anti-government protests broke out in cities across the country on September 20 and continued over two consecutive Fridays, with thousands taking to the streets in a rare show of public dissent against the regime of the country’s strongman ruler.

The demonstrations were met with a sweeping crackdown as the authorities began one of the largest wave of arrests in the country in decades, with almost 3,320 people detained. 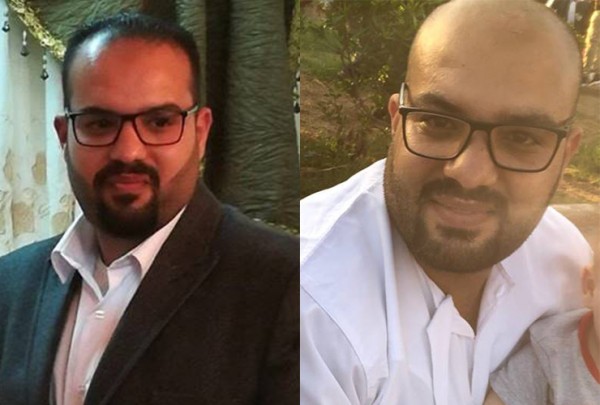