The International Press Institute (IPI) marked World Press Freedom Day 2021 with a discussion on press freedom in Europe organized in partnership with the IPI Norwegian and Finnish National Committees.

State capture of media in Hungary and now Poland is threatening the survival of pluralist independent media and, left unchecked, is likely to spread rapidly through Europe’s democracies. How do we confront this “illiberal” movement? And how can we best support our colleagues in the Visegrád region?

Meanwhile, the rapid growth in the use of vexatious lawsuits, or SLAPPs, to hound and silence investigative journalists across borders through litigant friendly courts threatens journalists everywhere.

And journalists across Europe are facing the scourge of online abuse, as well as the use of national security laws to limit legitimate journalistic inquiry.

Annelie Ostlund is an investigative journalist with the Swedish publication Realtid. Annelie and her colleague Per Agerman, and their editor Camilla Jonsson, are being sued for defamation in London by Swedish businessman Svante Kumlin, head of Eco Energy World (EEW), following a series of articles on the company in 2020 before its subsidiary was due to be floated on the Norwegian stock market. A Swedish media reporting on a Swedish businessman for a Swedish public is being sued for damages through UK courts. A figure of 13 million pounds sterling has been mentioned. This resembles a classic case of vexatious litigation designed to intimidate and silence media through the courts otherwise known as SLAPPs.

Kaius Niemi is the Editor of Helsingin Sanomat and is chair of IPI’s national committee in Finland. The Helsingin Sanomat and has been under investigation for publishing national security secrets since 2017 when it’s journalists home was raided by the police following the publication of an article on the signals intelligence facility of the Finish defense forces.

Márton Kárpáti is the CEO of Telex.hu established in September 2020 by journalists involved in the mass resignations from Hungary’s former leading media Index.hu after the firing of its editor in chief in the summer of 2020.

Adam Bodnar has been the Polish Ombudsman for Citizens rights since 2015. On April 15 2021 the Constitutional Court ordered his dismissal days three days after he won a court decision to suspend the takeover of the major regional publisher, Polksa Press,  by the Polish energy giant PKN Orlen on the grounds that it would expose the publishing house to direct political pressure. 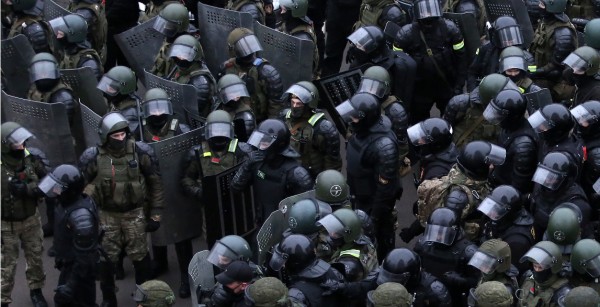