The International Press Institute (IPI) today called on the Nigerian military to release two Al Jazeera reporters it has confined to a hotel in northeastern Nigeria for over a week.

The military has accused the reporters, Ahmed Idris and Ali Mustafa, of working without accreditation or clearance.

But Al Jazeera said in a statement that the two men, who it indicated had been covering operations against the militant group Boko Haram ahead of Nigeria’s recent presidential elections,  had received “clearance to report from anywhere” by Nigeria’s national electoral commission.

Since Mar. 25 Idris and Mustafa have been confined to a hotel in Maiduguri, the capital of Borno State, which has been the site of numerous attacks attributed to Boko Haram, including the mass decapitation of 23 villagers hours before polls opened last Saturday. Borno, like other states in northeastern Nigeria, remains under government-imposed emergency rule.

The Nigerian Defence Headquarters issued a statement last Wednesday accusing the reporters of “loitering” during operations against Boko Haram and cited “increasing suspicion that their activities were aimed at interfering with the ongoing military operations”. It also indicated that equipment belonging to the pair had been confiscated for investigation.

The statement added that military officials had previously warned “foreign journalists” from unauthorised activity in the area. Both Idris and Mustafa are Nigerian nationals.

“IPI is disappointed in the Nigerian military’s apparently arbitrary decision to obstruct the work of Mr. Idris and Mr. Mustafa, a decision that is particularly damaging given the Nigerian public’s vital need for information in an election period,” Griffen said. “Both reporters should have their equipment returned, be freed without any further delay and be allowed to return to covering matters of obvious public and international interest without interference.”

Idris was said by Al Jazeera to have over 30 years of journalistic experience and previously worked for the BBC in Nigeria before joining the Qatar-based network in 2010. Mustafa has worked for Al Jazeera as a cameraman since 2011. 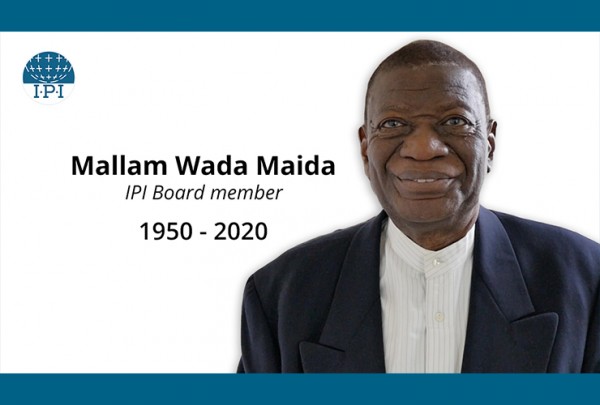 IPI mourns the death of Executive Board Member Wada Maida

Wada Maida, a member of the Executive Board of the International Press Institute (IPI), pa…
Read More