Czech Republic: The would-be president and the press (that he owns)

This text was originally published in the Columbia Journalism Review (CJR) on 24 January 2023.

Last September, Andrej Babiš, the former prime minister of the Czech Republic, appeared on the front pages of two major newspapers in that country. This was not in itself unusual—Babiš was about to stand trial on charges that he had fraudulently claimed European Union business subsidies (he was later acquitted)—but the front pages didn’t feature news but identical full-page ads, with images of Babiš peering, inquiringly, over his glasses, and the caption, “Do you believe the media?” in blocky text.

Smaller text underneath suggested that the mainstream press “only tells part of the story” and encouraged readers to instead tune into a weekly show that Babiš himself hosts on social media. And something united the papers that ran the ads—they are owned by Andrej Babiš. Many Czech journalists were furious about the ads. Robert Čásenský, the editor in chief of Reportér, an independent investigative magazine, wrote afterward that Babiš’s ownership of the papers had resulted in their “absolute humiliation.”

Čásenský would know: ten years ago, he was the top editor at one of the papers, Mladá fronta DNES, when Babiš acquired it. At the time, “Mladá fronta DNES was pretty known for investigative reporting… We uncovered something and it became the main political issue on the domestic scene,” Čásenský said. When Babiš took over the paper, he tried to convince Čásenský, over the course of several meetings, that the paper’s hard-hitting reputation wouldn’t change under his ownership, but Čásenský explained to Babiš that it would change, and that he’d decided to quit. “I think it’s impossible to do credible investigative journalism when your owner is also the owner of two hundred and thirty other companies and one political party,” Čásenský said. “Even if you are an angel, that wouldn’t be the same situation—and he is not an angel.” 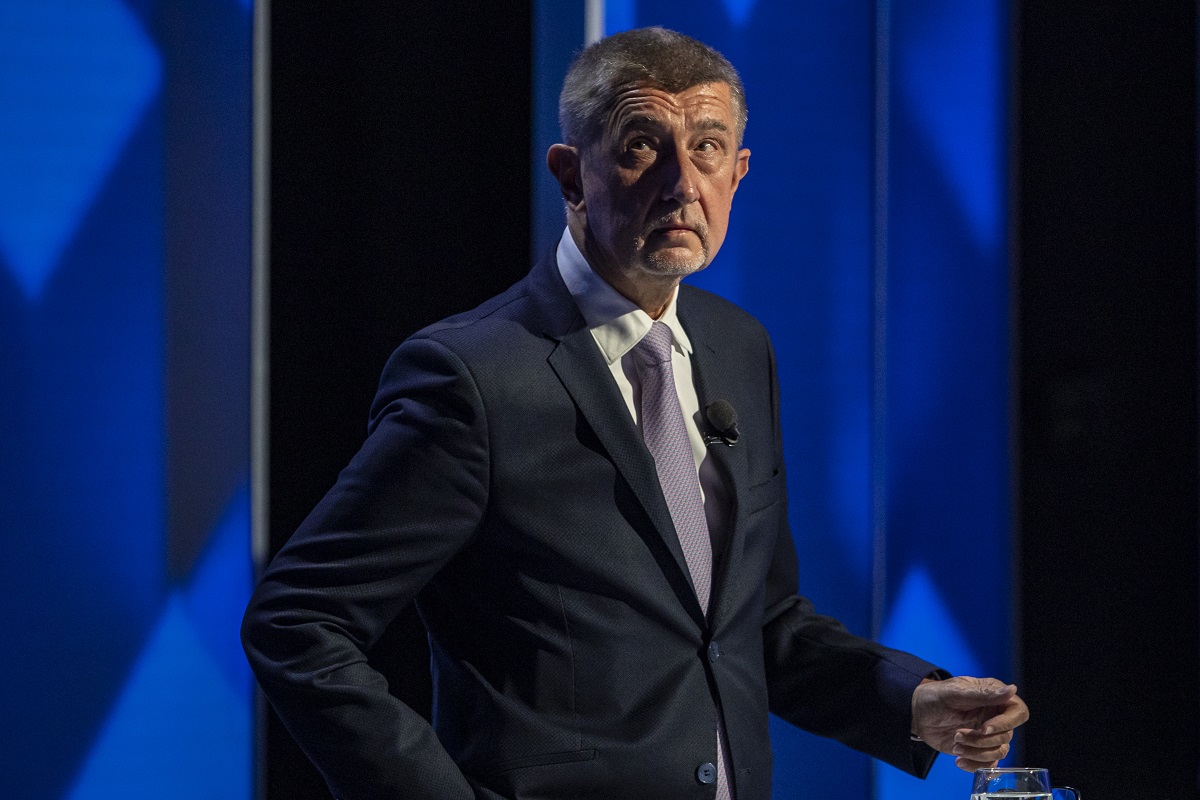 Over the years, Babiš has been compared to Donald Trump, Silvio Berlusconi (or “Babišconi”), and Darth Vader. He was born in 1954, in the old Czechoslovakia, and eventually started working there for a chemical company. He has since faced accusations, based on historical files, that he also worked as an agent for the communist-era secret police; Babiš has denied this and sued the institute that holds his files for defamation but the case was thrown out last year. He began building a business empire amid the mass post-communist privatizations of the early nineties and would eventually become one of the richest men in the new Czech Republic. (Forbes currently ranks his net worth as the 677th highest in the world.)

Babiš entered politics in 2011 at the head of ANO, a new party—whose name means “Yes” in Czech and is also an acronym for “Action of Dissatisfied Citizens”—that campaigned on an anti-establishment and anti-corruption platform. After entering Parliament in 2013—the same year that he acquired Mladá fronta DNES and its sister paper—Babiš became finance minister and deputy prime minister; in 2017, he became prime minister. He lost power following elections four years later. Around the same time, his name appeared in the Pandora Papers, an international journalistic investigation of financial tricks exploited by the global super-rich.

Now Babiš is attempting a comeback as the Czech Republic’s president. It is a role that, on paper, confers far less power than that of prime minister. But it comes with important responsibilities and visibility and its constitutional bounds can be pushed—as the outgoing president, Miloš Zeman, a hard-edged populist and Babiš ally who once joked with Vladimir Putin about “liquidating” journalists, has shown.

In the first round of voting last weekend, Babiš advanced to a runoff against Petr Pavel, a former general and high-ranking NATO official who resembles a Hallmark-movie Santa Claus, with some observers casting the race as a referendum on the Czech Republic’s orientation—pro-Western establishmentarian or populist—at a time of war and rising tension in Europe. Babiš has both compared Pavel to Putin and insinuated, via campaign billboards, that Pavel will drag the Czech Republic into a hot war with Russia. Voters will pick a winner this weekend. Pavel is favoured.

Unlike Pavel, Babiš is estimated to own a little under a third of the Czech media industry—not only the two papers that ran his recent media-bashing front pages, but also TV and radio stations and a stable of lifestyle magazines. Despite the message sent by those recent front pages, the extent of Babiš’s influence over his media properties—and of their influence over Czech voters—is not totally clear.

Babiš has said that he exerts no control over his media business, which he was forced to place into a trust after lawmakers passed a bill barring ministers from owning media assets. The trust, “is very much still controlled by him, and everyone knows that,” alleged Jiří Pehe, a political analyst who leads New York University’s Prague outpost. But Babiš’s papers, in particular, present themselves as independent and still do some credible journalism. “I couldn’t say that it’s clear propaganda,” Čásenský said. “It’s not.”

Still, outlets owned by Babiš have routinely been accused of boosting him while denigrating his political opponents, often in subtle ways—the downgrading of a story about one of Babiš’s many scandals, for instance—sometimes more overtly. On occasion, Babiš or people close to him are reported to have meddled directly with journalists at his titles. And Vojtěch Berger, a reporter who has closely covered Babiš and Czech media for the independent news site HlídacíPes, said that ahead of important moments in Czech politics, lifestyle magazines owned by Babiš, which appeal to mass audiences and aren’t known for their political content, have splashed puff pieces portraying him as a simple family man. Last summer, one of the magazines ran a “smear campaign” against the Czech public broadcaster, Berger said. “It was like, Blueberry cake! Ice cream! Summer! Holiday! … The Czech public-service broadcaster is really something, we should abolish it.” (Babiš’s media company did not return my request for comment.)

Compared to neighbouring countries such as Hungary, where Viktor Orbán, the authoritarian prime minister, has significantly squeezed independent media, the Czech Republic has a relatively pluralistic media ecosystem, Pehe said, limiting the reach and impact of outlets owned by Babiš. (Indeed, the country sits a healthy twentieth, out of a hundred and eighty countries worldwide, on Reporters Without Borders’ World Press Freedom Index.) 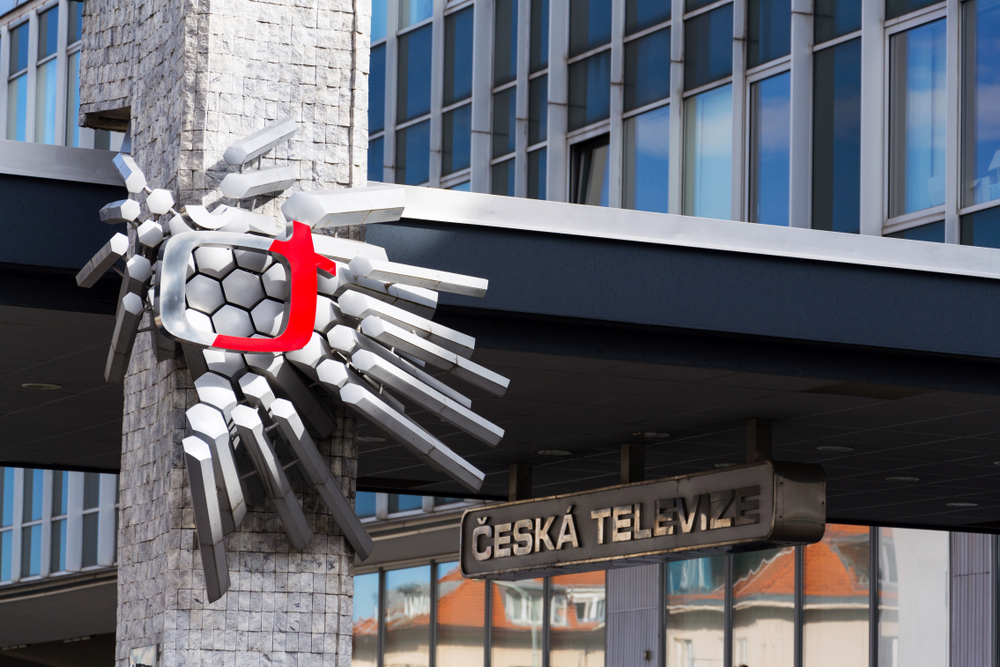 But Babiš has sought to undermine the Czech media in other ways, and not just via his recent ads. As prime minister, he was accused of attempting to erode the independence of Czech public broadcasters, which enjoy high levels of public trust, including by weaponizing appointments to their oversight boards. (He has denied this.) In 2021, after he appeared in the Pandora Papers, Babiš cast the International Consortium of Investigative Journalists, which coordinated the investigation, as being in cahoots with a domestic “mafia” and banned the group’s partner outlets from a campaign event, with a reporter for one of the outlets physically elbowed aside when she tried to ask Babiš a question. He has bashed the press again during his campaign for president.

And the Czech Republic’s RSF ranking should not invite complacency as to the overall health of its media ecosystem, large swaths of which have come under the control of oligarchs who, since the financial crash of the late 2000s, have snapped up the assets of Western European media companies looking to leave the Czech market. Babiš may have fired the starting gun on this process with his 2013 acquisitions, but he is only one of a handful of oligarchs—all with substantial business interests in other industries, not least energy—to have taken advantage.

Indeed, the other oligarchs bought into media companies, in no small part, to retain leverage and what has been described as a “balance of power” with Babiš. Recently, reports have circulated suggesting that Babiš may seek to sell his media group, depending on the result of the coming election. The most likely buyer would seem to be another oligarch, Daniel Křetínský, already a major media player in both the Czech Republic and France, where he owns a stake in Le Monde.

The growing financial interest of oligarchs in European media is a transnational trend, one that is becoming particularly common in countries neighbouring the Czech Republic. This trend has often gone under the radar in Western-media analysis of declining press freedom, with media-bashing politicians tending to get more attention. In some respects, Babiš represents both threats, rolled into one. By this time next month, he may again enjoy both institutional and media power, or one or the other, or neither, depending on what happens with the election and his media group. But the broader trends he represents will continue either way.

Those trends have made life difficult for smaller independent outlets to thrive, but they have continued to aggressively needle those in power, not least in the Czech Republic, where such outlets are often populated with exiles from Babiš’s media empire. Čásenský said that he left Mladá fronta DNES and founded Reportér magazine not only to escape Babiš, but because he didn’t want to work for an oligarch’s company, whoever that oligarch may be. Recently, Reportér held a round of interviews with candidates for the Czech presidency and Babiš showed up, to Čásenský’s surprise; he had skipped a similar exercise when he was prime minister. Čásenský reckons that Babiš wanted to come across as conciliatory and presidential during the first round of the election, a tactic that he has since abandoned in favor of his rougher edges. “You can’t change yourself at the age of sixty-eight,” Čásenský said. “You can’t start to be a nice person.”

This text was originally published in the Columbia Journalism Review (CJR) on 24 January 2023. Jon Allsop is a freelance journalist whose work has appeared in the New York Review of Books, Foreign Policy, and The Nation, among other outlets. He writes CJR’s newsletter The Media Today.