Turkey’s press freedom crisis is being compounded by increasing digital censorship, a group of international press freedom, journalism and human rights groups said following a joint mission to the country this week.

The government has announced plans to table a “disinformation” law that is likely to result in the further criminalization of freedom of expression and independent journalism online. Although a draft of the law has not yet been published, meetings with journalists and MPs confirmed that it is expected to introduce criminal penalties – and possibly jail sentences – for those who spread “disinformation” online. The law would cement the government’s control over one of the last major spaces for free expression in Turkey and, in combination with last year’s social media law, increase pressure on social media companies to become complicit in Turkey’s censorship regime.

While government officials have stated that the law would be modeled on measures passed in other countries, particularly Germany, this comparison is false: the German NetzDG law does not regulate – let alone criminalize – “disinformation”. Moreover, even as press freedom groups have criticized German legislation regulating social media platforms, Germany’s independent judiciary can offer redress in the case of rights violations. Turkey’s courts, meanwhile, are not independent and do not provide protection against the abuse of such laws.

Meanwhile, the mission found an alarming rise in government efforts to discredit independent media that receive foreign funding. This has recently culminated in a bill introduced by an MHP MP proposing mandatory registration for organizations and individuals that receive funding from or are “influenced” by foreign entities. Regardless of whether this particular bill will ultimately pass, it signals that the issue of pressuring foreign-funded organizations is on the government’s agenda. This is an alarming prospect in an environment in which Turkey’s remaining independent media are already demonized and face financial pressure in a heavily captured media market. 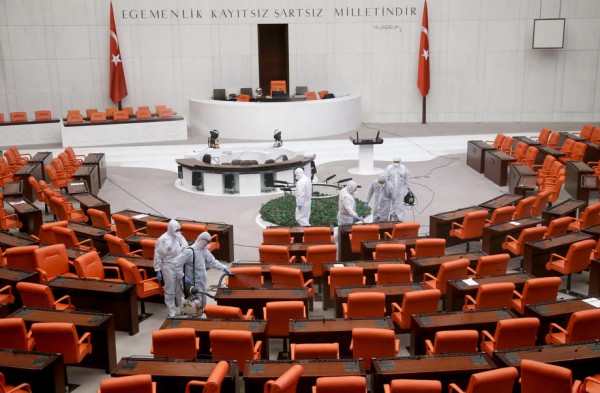