Internal battles rage at RTV amidst allegations of pressure from management

Since coming to power in April 2022, Slovenia’s new centre-left government led by Prime Minister Robert Golob has pressed ahead with a campaign pledge to reform the country’s outdated media law and strengthen the independence of Radio-Television Slovenia (RTV).

The centrepiece of this reform is a legislative effort to depoliticize the management of the public broadcaster through a restructuring of its two main oversight bodies, the programme and supervisory boards.

However, challenges started immediately after the government brought forward a draft version of the amendment to the RTV law in July. At the same time, new management within the broadcaster is leading to continued accusations of pressure on journalists and editorial freedom.

Back in July, the country’s 90-seat National Assembly approved the government’s draft amendment to the RTV Act, with 50 MPs voting in favour.

“Today’s debate shows that a new broadcasting law is urgently needed. The public reckoning with employees, the trade unionist – all this shows the mismanagement of public service broadcasting”, newly appointed Minister for Culture Asta Vrecko said in the parliament at the time.

The amendment to the RTV Act proposes changes to the management, administration and supervision of the RTV Slovenia. Instead of the existing programme and supervisory boards – which have for years been seen as a tool for a new government to stamp its influence on the broadcaster through politicised appointments – the revised law would introduce a single management and supervisory body, the RTV Council. This body would consist of 17 members, with civil society and RTV employees playing a decisive role.

“The aim is to remove politics from public service broadcasting and ensure its institutional and programme autonomy”, an official government statement said. Vrecko added: “I don’t care who started this politicization. What is important to me is that we put an end to it.”

However, this reform process is facing a major challenge from the largest opposition party, the Slovenian Democratic Party (SDS), which has criticized the initiative as a politically motivated and unlawful attempt to remove RTVS’s director general, who was appointed during its government.

“We are witnessing a beheading of RTV that has never been seen before in the history of the country”, SDS said after the adoption of the amendment.

When in government, members of the SDS including then Prime Minister Janez Janša were accused of undermining the integrity of the public broadcaster, appointing politicized figures to RTVS’ oversight boards and engaging in several smears against some of its management and journalists.

In an effort to block the amendments, on September 9 SDS started a campaign to collect the 40,000 signatures needed to call for a legislative referendum on the proposed reforms.

“The amendment recklessly introduces a new management and supervisory body which, under the guise of depoliticization, abolishes the programme and supervisory boards, which guarantee impartiality and balance”, SDS said during the signature campaign, which it titled “against the politicization of RTV”. SDS did not respond to questions for this article about its criticism of the amendment.

Back in July, Prime Minister Golob commented on the opposition’s referendum initiative: “This is a misuse of the referendum law in order to stop the executive or the legislature.”

“In principle, we support greater involvement of civil society in the RTV Council, but the amendment effectively excludes part of civil society. In fact, only certain civil society organizations could appoint representatives, which in our view do not represent a broad range of viewers and listeners with different views and beliefs”, the party said in a written response for this article.

However, Nova Slovenija said it will not actively join SDS in collecting signatures for the referendum. 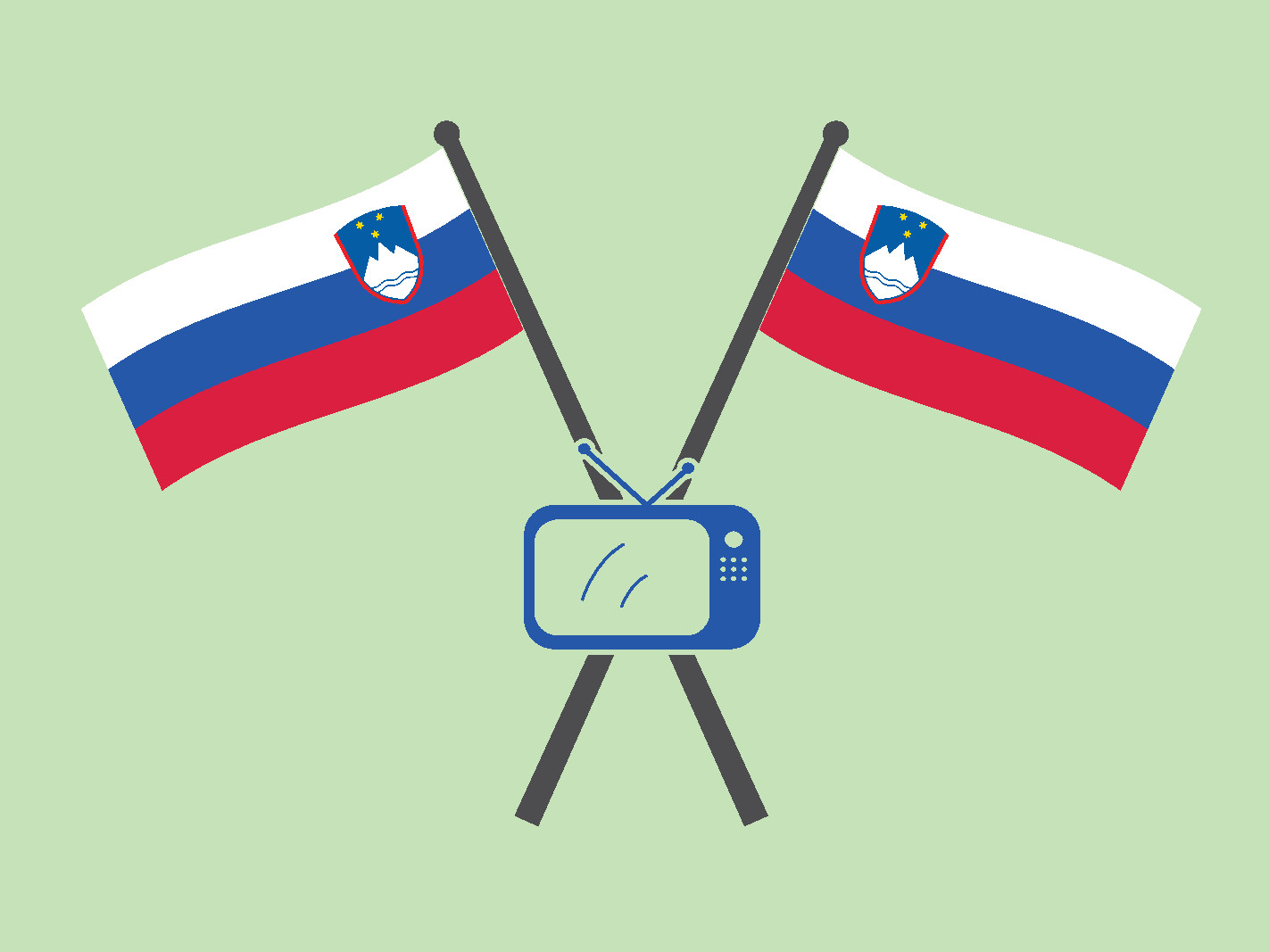 While the political confrontation continues, internally RTVS remains mired in disputes between journalists and its new management.

The situation has deteriorated since April last year, when 37-year-old lawyer Andrej Grah Whatmough took over the leadership of RTVS. Internal disputes escalated further in June when Uroš  Urbanija, a previous editor at the Slovenian Press Agency and former head of the Government Communication Office (UKOM) under the government of previous Prime Minister Janez Jansa, was appointed as a director of public TV.

Both are seen as having political ties to Janša. While Urbanija headed UKOM, the body suspended financing for the Slovenian Press Agency (STA) over a legal dispute, driving it to the point of bankruptcy and leading to strong criticism from EU leaders.

“Urbanija, the former head of the government’s Communications Office, is highly political and biased, and his media history leaves traces of unprofessionalism, bullying, conflicts with journalists’ collectives and personal vendettas”; the journalist’s union said when it urged Whatmough not to appoint Urbanija.

IPI asked Urbanija for his response to these accusations. Urbanija agreed to comment on the allegations only in a separate interview in which he is the only person interviewed.

Claims of harassment and pressure have been made by several journalists in recent months.

“What is happening now has crossed all borders of the limits of decency, professionalism and common sense”, one of Slovenia’s most influential television commentators, Igor Bergant, recently said about the developments at RTV.

Another TV presenter, Saša Kranjc, said: “It happens that we have to publish stories that we don’t know, that an editor asks for a statement to be retracted from a story and that we are forbidden to publish a piece of news.”

As a gesture of support, journalists have now gathered twice during the news programme to point out the problems to the audience. They also wanted to show the support for colleagues who were threatened by Urbanija with “disciplinary action” among them above mentioned Kranjc and editor, Vesna Pfeiffer .

“The new management is cancelling programmes, cutting the news bulletin and violating the programme and production plan, which is already seriously undermining public information about what is happening at home and around the world, and thus the public’s right to be informed”, the staff of TV Slovenia’s news programme said in a press release.

Journalists and media workers have also staged several strikes organized by the unions. Various open letters have been published and sent to the Prime Minister Golob by the director of RTV and the director of TV.

“We are witnessing a kind of staging of an epic confrontation: the management, the supervisory and programming board, on a political mission to destroy the house, confronting the journalistic collective”, media analyst Boris Vezjak explained. “In between, there are the extras, the majority of them, who look the other way and do not get involved.”