Around the world press freedom is under serious threat. Democracies are failing to protect journalists. This year alone 40 journalists have lost their lives, 25 of whom were targeted for their work. Impunity for crimes against journalists remains shockingly high, further fuelling the cycle of violence. At the same time, scores of journalists are in prison globally for their work.

The International Press Institute (IPI), a global network of editors, media executives and journalists, in cooperation with the Al Jazeera Media Network and the Permanent Missions of Austria, Greece and the United Kingdom, is organizing this roundtable discussion with the members of the UN General Assembly’s Third Committee to highlight the shrinking space for press freedom around the world and the increasing threat to the safety of journalists, spurred by rampant impunity.

Roundtable on Safety of Journalists

John Daniszewski
John Daniszewski is vice president, standards, and editor at large for The Associated Press as well as special Representative of the IPI Executive Board for Journalist Safety. He previously spent 10 years as AP’s international editor and before that 20 years as a foreign correspondent for the AP and The Los Angeles Times, covering many of the major international news stories of the time. In his current post, Daniszewski is involved on a daily basis with issues of standards and ethics for the AP, including questions of security for news gatherers, use of social media, fact-checking and the challenges of preserving accurate, provable and objective journalism in a time of great political polarization. He is also a member of the Pulitzer Prize Board and vice president of the Overseas Press Club Foundation Michael Slackman
Michael Slackman in October 2019 was elevated to assistant managing editor for international news at the New York Times. He was named the international editor of The New York Times in September 2016. Before that, he had been the managing editor of the international news department since November 2014. He is in charge of the international news report over multiple time zones and oversees Times bureaus around the globe. Previously, Mr. Slackman was deputy foreign editor since May 2011, helping oversee all global coverage, with an emphasis on coordinating the Middle East report. Before returning to New York, in May 2011, Mr. Slackman was a foreign correspondent for The Times for six years. He has worked in Moscow, Cairo and Berlin. He covered Iraq before and after the 2003 invasion, and as both a reporter and an editor, he has helped document the tremendous changes sweeping the Arab world Giles Trendle
Giles Trendle is the Managing Director of Al Jazeera English where he oversees an editorial staff of over 400 people based in its centres of Doha, London, Washington DC and Kuala Lumpur, as well as in over 70 bureaus around the world. Trendle first joined Al Jazeera in 2004 to work on the Arabic channel’s flagship investigative documentary show before moving to Al Jazeera English ahead of its launch in 2006. He began his career in the mid 1980’s as a freelance print journalist based in Lebanon covering that country’s civil war. Barbara Trionfi
Barbara Trionfi is the executive director at the Vienna-based International Press Institute (IPI), a global network of editors, media executives and leading journalists dedicated to safeguarding and fostering media freedom and promoting quality, independent journalism. Her field of expertise covers different areas related to press freedom and freedom of expression, including self-regulatory media accountability systems, safety of journalists, and international mechanisms to protect press freedom. Trionfi served as a board member and convenor of the IFEX free expression network and is a trustee of International News Safety Institute (INSI). 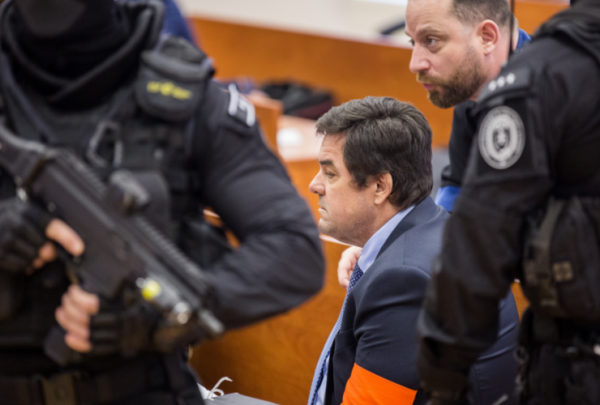