Latest in Declarations and Resolutions

Meeting at its annual General Assembly on 9 June in Helsinki, Finland, IPI members once again called for justice for the six Australia-based journalists murdered in East Timor in 1975. Eyewitnesses report that five of the television reporters and cameramen – Gary Cunningham, Brian Peters, Malcolm Rennie, Gregory Shackleton and Tony Stewart – were killed […]

Asia and the Pacific, Timor-Leste

IPI Resolution on the Sentencing of US Journalists by North Korea Meeting at its Annual General Assembly on 9 June 2009 in Helsinki, Finland, the IPI membership adopted a resolution condemning the sentencing of two American journalists to 12 years of hard labour for ‘hostilities’ against North Korea and ‘illegal entry.’ The journalists, Laura Ling […]

Asia and the Pacific, North Korea 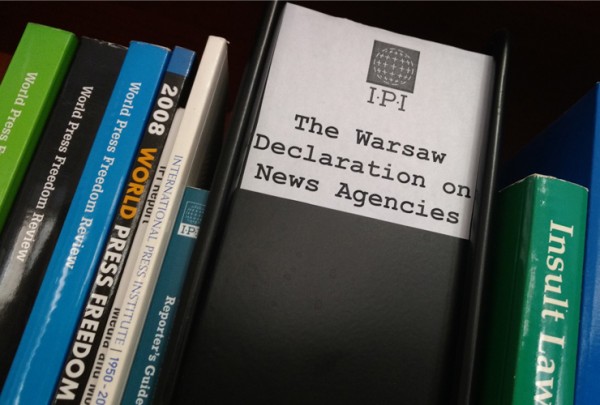 The Warsaw Declaration on News Agencies

Freedom of speech and of the press are fundamental human rights. They include and require the free flow of information. Most of the information which the public receives every day, comes from news media. Much of this is gathered and distributed by news agencies. Each State should provide appropriate conditions for unfettered exchange of news. […] 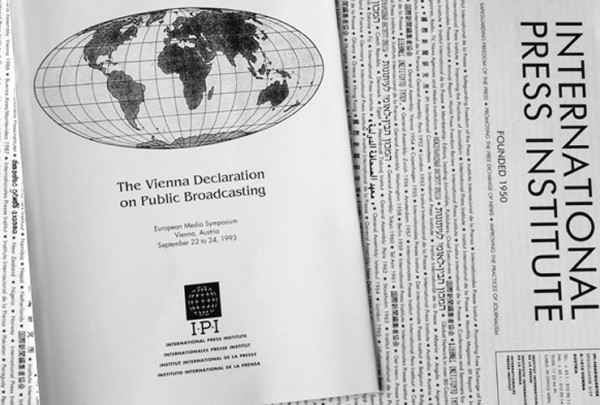 The Vienna Declaration on Public Broadcasting

The International Press Institute, at its European Media Symposium “From State-Controlled Broadcasting to Public Broadcasting”, held in Vienna, Austria, 22-24 September 1993, Declares its unconditional support for the development of editorially independent public service broadcasting to replace the state-controlled broadcasting structures, which continue to exist in Eastern Europe and therefore, Recalling the Universal Declaration […]