Smoke rises as the building collapses after an Israeli airstrike hits Al-Jalaa tower, which houses apartments and several media outlets, including The Associated Press and Al Jazeera, in Gaza City, 15 May 2021. EPA-EFE/MOHAMMED SABER

The International Press Institute (IPI), the global network of editors, media executives and leading journalists, today vehemently condemned the attack on the building housing the offices of the Associated Press and Al Jazeera Network in Gaza by the Israeli defence forces.

According to media reports, a high-rise building in Gaza city that housed the offices of The Associated Press and Al Jazeera Media Network was destroyed in an Israeli airstrike. Journalists and media staff working in the building had been evacuated following a warning by the Israeli forces to the owner of the building.

“The targeting of news organisations is completely unacceptable, even during an armed conflict. It represents a gross violation of human rights and internationally agreed norms”, IPI Executive Director Barbara Trionfi said. “In particular during times of crisis, the media plays a fundamental role in  offering timely, accurate and fair information about developments on the ground. Israel must  immediately stop such attacks against news organisations.”

“While we are grateful for the warning that led to the sparing of human life, destroying these offices deprives professional journalists of a safe place from which to work and gather and disseminate information vital to the public’s understanding of the conflict. There is no doubt that Israeli forces were aware that the media offices would be destroyed,” said John Daniszewski, chairman of IPI’s North American Committee and IPI special representative for journalist safety.

In a statement The Associated Press President and CEO Gary Pruitt condemned the attack describing it as an incredibly disturbing development. “We are shocked and horrified that the Israeli military would target and destroy the building housing AP’s bureau and other news organizations in Gaza. They have long known the location of our bureau and knew journalists were there. We received a warning that the building would be hit”, Pruitt said. “The world will know less about what is happening in Gaza because of what happened today.”

The Acting Director-General of Al Jazeera Dr Mostefa Souag described the attack as “a clear act to stop journalists from conducting their sacred duty to inform the world and report events on the ground.”

“The aim of this heinous crime is to silence the media and to hide the untold carnage and suffering of the people of Gaza” Souag said. “The destruction of Al Jazeera offices and that of other media organizations in al-Jalaa tower in Gaza is a blatant violation of human rights and is internationally considered a war crime. We call on all media and human rights institutions in denouncing this heinous crime, and to stand with Al Jazeera and other media organisations targeted by the Israeli army, despite knowing their use of the building as their headquarters for many years.”

The White House spokesperson Jen Psaki said in a tweet: “We have communicated directly to the Israelis that ensuring the safety and security of journalists and independent media is a paramount responsibility”.

In a separate attack on May 12 the offices of 12 media houses were destroyed when another multi-storied building in Gaza city was attacked by Israeli forces, The Palestinian Journalists Syndicate told IPI.

More than 140 people, including children, have been killed and scores injured in the Israeli bombardment on Gaza and rocket attacks by Hamas over the past three days, following clashes that broke that out in East Jerusalem days ago over a possible eviction of Palestinian families from a disputed neighbourhood. 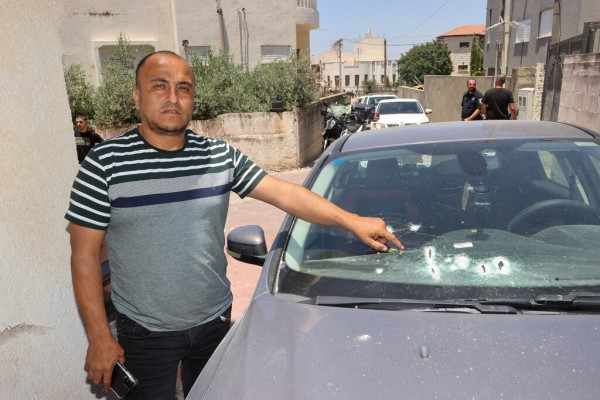