Since 2013, Northwestern University Qatar (NU-Q) has published its annual report “Media Use in the Middle East” to provide a useful and easy-to-access source for systematic data analysing and monitoring media use and attitudes in the Middle East.

Ahead of the release of the 2017 survey this spring, look back at last year’s report to see how people communicate with each other; how they seek news, opinions and entertainment; and what they use to communicate.

The report reflects the results of an annual survey that NU-Q and the Doha Film Institute (DFI) send to academics, media and institutions related or interested in the Middle East. Some 6,000 individuals from six countries – Tunisia, Egypt, Lebanon, the United Arab Emirates, Saudi Arabia and Qatar – are asked to provide in-depth information on those countries and to draw comparisons between them.

The survey examines topics such as media use patterns and content preferences, as well as attitudes toward issues such as censorship, freedom of speech and cultural preservation.

Perceptions about individual vs. government responsibility to avoid or block objectionable content 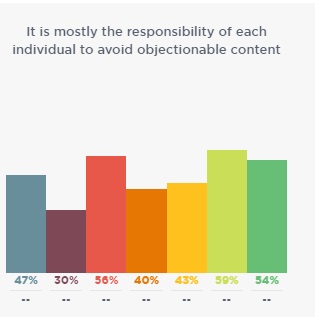 Large majorities of respondents in every country surveyed supported preservation of culture and integration with the modern world, but many questioned the possibility of doing both. 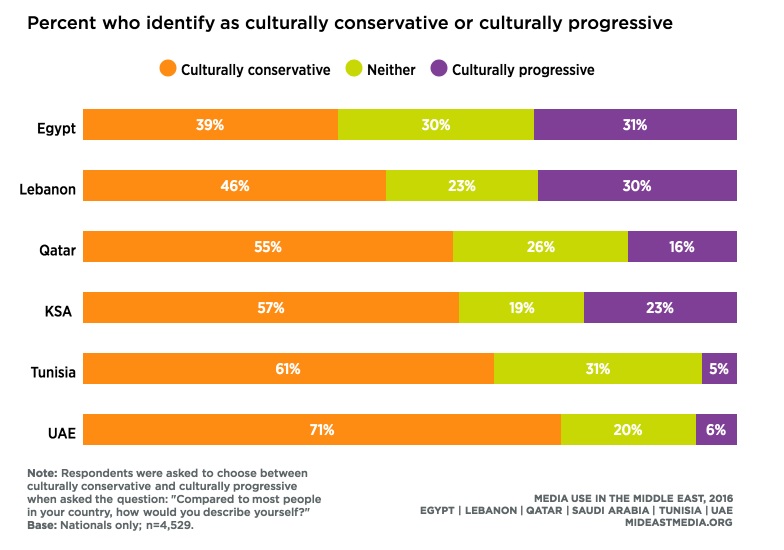 Dive in to the report at NU-Q’s microsite.