Investigation team charged with violating the burial site of the wreck

Journalist Henrik Evertsson arrives for the hearing in the case where two Swedish men have been prosecuted for violations of the Estonia Act, at the Gothenburg distict court, Goeteborg, Sweden, 25 January 2021. EPA-EFE / Bjorn Larsson Rosval

On Monday 8 February, a Gothenburg court will deliver its verdict in the trial of journalist Henrik Evertsson and camera operator Linus Andersson for their documentary about the sinking of the ‘MS Estonia’.

Charged with violating the burial site of the wreck, they face up to two years in prison. The partners of the Media Freedom Rapid Response (MFRR) stress the journalistic nature of the investigation carried out in the public interest and call for the acquittal of the two documentary makers.

The “MS Estonia”, a 157-metre long cruise ferry, was en route from Tallinn to Stockholm in September 1994 when it sank in international waters in less than half an hour with 989 people on board. It is known as one of Europe’s greatest maritime disasters, killing 852 people. Yet the causes of the shipwreck remain murky. The official version based on the 1997 investigation – that there had been a failure of the vessel’s retractable ramp – had been disputed for years by the survivors and relatives of the victims.

Broadcast on 28 September 2020 on Discovery Channel, the documentary entitled “Estonia: the discovery that changes everything” revealed the existence of a previously unknown four-metre hole in the hull of the ship. It was filmed with a remotely-operated camera attached to an underwater vehicle. Evertsson and Andersson are accused of illegally entering a protected site considered as a grave following the 1995 agreement between Sweden, Estonia and Finland, which bans any exploration of the area.

This new evidence once again questions the official version and suggests an alternative explanation. While the  journalists do not draw any conclusions, experts interviewed in the documentary argue that only a massive force from outside could have caused the rupture.

The Swedish Union of Journalists (SJF) stood with the defendants in court on 25 January 2021. During the hearing, several legal questions were raised by both the prosecutor and the defence. The prosecutor did not seem to acknowledge the journalistic purpose behind the action.

SJF President Ulrika Hyllert rejects the argument that the team produced a ‘commercial product’: “It is clear that Henrik Evertsson went there as a journalist and his work provided information of great public interest. This was illustrated in particular by the fact that the government now wants to amend Estonian law to allow further investigations into the hull.”

Together with the Swedish Union of Journalists, MFRR partners urge to recognise the journalistic and public interest nature of the investigation carried out by Evertsson and Andersson, motivated by the need to answer a number of questions that remain open. The conviction of two journalists in a country with high standards of press freedom would not only send a wrong signal to other Swedish media workers but also to the public who would see its right to know violated. 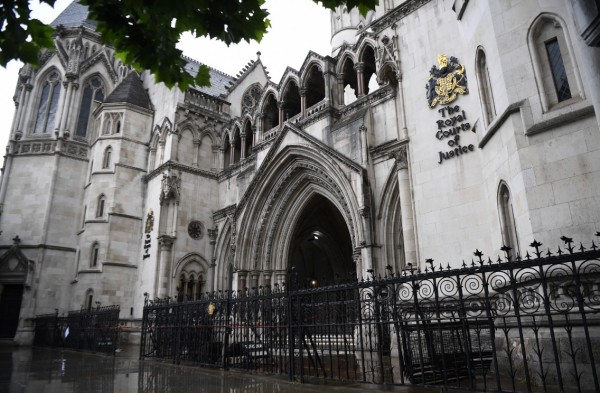