Kloop was temporarily blocked from posting videos during election period

The IPI global network is deeply concerned by YouTube’s removal of an election-related video from the Kyrgyz news outlet Kloop and a temporary ban on Kloop from posting further videos. While these measures have since been lifted, YouTube must ensure better protection for independent media outlets, especially during critical election periods.

On November 26, YouTube deleted an election-related video posted by Kloop, a Kyrgyz independent news outlet and election watchdog. The deleted video contained technical instructions for election observers but was marked as “bullying and harassment” by YouTube, without announcement or further explanation. YouTube also forbade the outlet from posting any new videos on its channel.

In addition, YouTube gave Kloop a warning for publishing content that violated its rules and regulations. Receiving three such warnings can lead to a channel’s deletion. These events occurred days before the parliamentary elections in Kyrgyzstan on November 28.

Despite earlier appeals from Kloop to end the ban, the video was only restored days after the election, on December 1. On the same day, YouTube allowed Kloop to post videos on its channel again, while also withdrawing the warning. All of this happened without any further announcement or explanation.

“It is extremely disappointing to see YouTube removing the content of independent media outlets, especially in the run-up to a crucial election”, IPI Deputy Director Scott Griffen said. “We are alarmed that YouTube – or its algorithms – are so disconnected from the local context that they would block access to such an important source of information. We call on YouTube to investigate this incident involving Kloop and ensure that such failures are not repeated and that the content-removal process cannot be hijacked by targeted campaigns aimed at silencing independent media.”

Speaking to IPI, Bektour Iskender, co-founder of Kloop News, called the removed video “the most innocent video you can imagine”. He explained: “(For) these elections, we employed 1,500 observers, who gather data in real time and report to our media team. The deleted video was a technical tutorial, explaining how observers could register in the system. The video was not even publicly available and could only be accessed with a link. Strangely, the Russian version of the same manual was not blocked by YouTube.”

Iskender’s team appealed the decision and asked YouTube to put the video back up before the election on November 28. That did not happen. “Instead, we received a response from YouTube stating they reviewed the video and they concluded it definitely violated their terms, as it included harassment and bullying”, Iskender told IPI. “But since this is an instructional video, we have no idea how this could happen.”

Having received no further explanation from YouTube as to why the video was deleted, Kloop suspects that a campaign was orchestrated to flood the video with complaints, by “those who do not want us to efficiently observe the elections”. “Possibly, YouTube has a very awkward, and kind of bizarre algorithm, that deletes videos when they receive a lot of complaints, without checking the video beforehand. We suspect that this happened to us.”

The Kyrgyz government is known for obstructing Kloop’s election observation, Iskender said. “With the latest elections the authorities try to create bureaucratic barriers for us not to be accepted as observers, but we managed to register through other organizations.”

Kloop launched its election observation mission last year, as the outlet believed local organizations failed to adequately observe the elections. “So that’s when we thought, okay, we have no other choice”, Iskender told IPI. “We will observe by ourselves, together with a whole team of coders who develop the software and a legal team which works on filing complaints after the elections. It is very important that we continue doing so, since we find many violations during every election.” For example, observers often report that the official voting results in the polling stations are different from those published on a government website afterwards.

In the end, the observers were able to view the video as Kloop distributed the file via social media channels like Telegram or WhatsApp. “And although YouTube has restored the video, we still demand an apology and an explanation about what has happened”, Iskender stated. “Although we understand that by recovering the video and lifting the ban, YouTube admits its mistakes, we are furious that we have not received any formal letter from the company about why they reversed their decision.” Kloop also urges YouTube to reconsider its policy about removing videos. “We believe that we were the victims of an orchestrated complaints attack, and YouTube simply followed the procedures of its poor algorithm.” 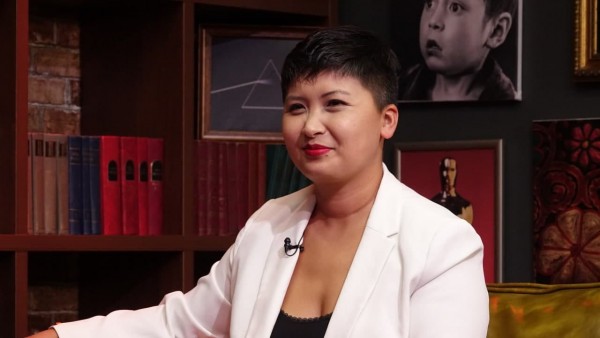 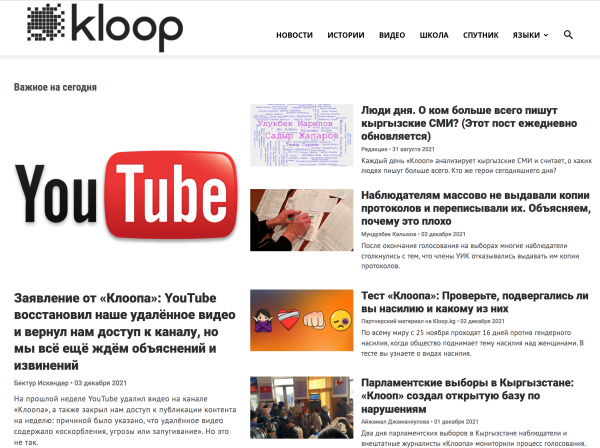