#IPIWoCo: IPI won’t let the world forget journalists who have been silenced

The 68th World Congress of the International Press Institute (IPI), a global network of editors, media executives and journalists, was inaugurated today at the United Nations in Geneva.

In his opening remarks, U,N. Under Secretary-General and Director General of the UN Office at Geneva Michael Møller, underscored the challenges faced by free and independent media around the world. “When journalists are targeted, societies as a whole pay a price”, he said, condemning attacks on the media.

Urging media to engage in constructive journalism to play the role of the fourth estate, Møller said: “It’s not about positive, upbeat news. It is not about seeing the world through rose-coloured glasses. Rather, it’s about reporting solutions to start a debate on what can be done.”

“When journalists are targeted, society as a whole pays a price”@UNOG_DG Michael Møller opens #IPIWoCo 2019 with call to hold those who attack journalists to account.#pressfreedom pic.twitter.com/3ONRgpYOv9

Welcoming participants to the World Congress, IPI Executive Board chair Markus Spillmann, former editor of Switzerland’s Neue Zürcher Zeitung, said that IPI would not let the world forget journalists who had been killed, imprisoned, attacked and injured.

“Journalism and journalists are under attack – globally, more than ever, in very different ways”, Mr. Spillmann said, adding that even in established democracies in Europe, there were disturbing cases of how fast freedom of speech and of media could be challenged by those who do not like the concept of independent and critical media work.

“For any journalist who is imprisoned, killed, silenced in any way, the biggest fear is to be forgotten. If the world forgets, it becomes easy to silence journalists”, Spillmann said.

“Public service broadcasters that receive public funding have a specific responsibility: to keep investing in #journalism & give journalists the time to produce quality reporting. Rest assured @SRGSSR is taking this approach”

“The least IPI can do is to ensure they are not forgotten, because they are the people who make IPI, those who motivate our community to aspire to good journalism; a journalism that strengthens our democratic principles and values, even in those corners of the world where they are constantly being clamped down. A journalism that offers information that people need to build their opinions and be empowered.”

Noel Curran, director general of the European Broadcasting Union (EBU), IPI’s lead partner for the Congress, noted that the EBU was established to promote and protect the vital contribution public service media brought to society and to democracy. EBU has 117 member organizations in 56 countries in Europe and beyond. “But, recently, the world we all work in has changed, and we now find ourselves under attack on many fronts”, he said.

He added: “We are here, as we always have been, to empower people – to give them a voice and help them make informed decisions – about their lives, their societies and their governments. In a world where it is all too easy to control and manipulate the information that reaches people online, the role of professional journalism has never been more critical to society and to democracy.”

IPI Executive Director Barbara Trionfi said that IPI was born almost seven decades ago as the global network of those editors, journalists and media executives who believe that only independent, quality, public-interest journalism deserves this name, and that the fight for this journalism to continue to exist needs to be a global one.

“The foundations of democratic order in many societies, including those once thought to be immune to authoritarian tendencies, are being challenged. Around the world, attacks on the press are growing, as are attempts to smear journalists as enemies of the people and so challenge journalists’ most valuable goods: their trust and credibility”, Trionfi observed.

“In an age of political upheaval and rising populism, intolerance to dissenting views is growing across the globe. And anti-press rhetoric in many countries and on every continent seems to have become the new normal”, BBC Director of Editorial Policy and Standards and IPI Executive Board member David Jordan said. “In such an age, the work of the IPI – and of our partners for this event, the European Broadcasting Union – has never been more crucial. At a time when facts fact are so often a plaything of the powerful, manipulated and corrupted to fit the agendas of those who seek to suppress the truth, the role of quality journalism and of the agencies which seek to protect and nurture it, has never been more important.”

The theme of this year’s IPI World Congress is “Building Alliance for Independent Media”. Some 200 editors, journalists and media executives from more than 40 countries will engage in intense deliberations over the next two days to discuss the challenges that press freedom and independent journalists are faced with and the possible solutions. 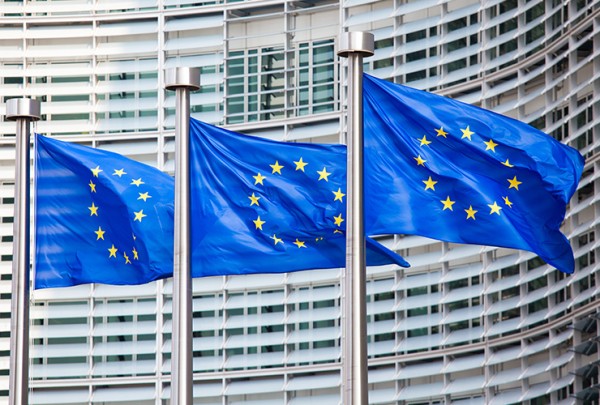 Briefing: As lockdowns lift, spike in attacks on journalists covering protests i...