The International Press Institute (IPI) mourns the death of Bosnian journalist and IPI World Press Freedom Hero Kemal Kurspahić, who passed away on September 17, 2021, in Washington D.C. in the U.S.

Kurspahić was a renowned Bosnian journalist and editor of the independent newspaper Oslobođenje. Later, he became managing editor of The Connection Newspapers in Alexandria, Virginia.

“The IPI global network is greatly saddened by the passing of IPI World Press Freedom Hero Kemal Kurspahić, who was a leading force in the fight for independent media in Bosnia and who displayed incredible courage in keeping the news alive during the war in the early 1990s”, IPI Executive Director Barbara Trionfi said. “We extend our condolences to his family, friends, and colleagues.”

Kurspahić received great recognition for his work as editor-in-chief of the Bosnian daily Oslobođenje (Liberation) in Sarajevo from 1988 to 1994. During the war in Bosnia and Herzegovina, Oslobođenje was a symbol of peaceful coexistence and the struggle against intolerance. Despite snipers’ bullets, constant shelling, and newsprint shortages, the paper’s multi-ethnic staff of Bosnians, Serbs and Croats – guided by Kurspahić – worked day and night in a nuclear bomb shelter to put out a daily issue of the paper.

Born in Mrkonjic Grad, Bosnia and Herzegovina, on December 1, 1946, Kurspahić began his career in journalism in 1962, while still in high school, when he became a local correspondent for Oslobođenje in the town of Sanski Most. After studying law at Belgrade University, he returned to the daily in 1969, working as a correspondent in Belgrade and later in Jajce. He moved to Sarajevo in 1974 and worked as an editor in various departments. He was the paper’s New York correspondent from 1981 to 1985.

In December 1988, Kurspahić was named editor-in-chief of Oslobođenje, the first to be freely elected by the paper’s staff. Until then, the Communist Party had controlled all editorial appointments. But even after the ruling League of Communists was ousted and Bosnia’s first democratic elections held, one of Kurspahić’s first battles was to maintain his paper’s newly acquired editorial independence against a coalition of the three main parties, all nationalist, through a constitutional court case in 1991.

In March 1992, Bosnia and Herzegovina declared its independence from Yugoslavia and war erupted shortly thereafter. During the siege, Serb forces destroyed Oslobođenje’s modern high-rise building with artillery fire, forcing the paper’s staff underground. Five employees were killed and more than 20 wounded during the war. Kurspahić himself was injured in a car crash in 1992 while eluding sniper fire. Throughout this period, Kurspahić and his brave staff never missed a day of publication, despite shortages of electricity, fuel, paper and ink, working out of a bomb shelter.

In March 1994, Kurspahić handed over the position of editor-in-chief to Mehmed Halilovic, a former senior columnist, and became the paper’s Washington correspondent. After this, he became a diplomat for the United Nations Office on Drugs and crime from 2001 to 2006.

During his lifetime, Kurspahić published four books, including Letters from the War, published in 1992 while Sarajevo was under siege, and As Long As Sarajevo Exists (1997), a book chronicling the struggle of Oslobođenje’s staff to keep their paper going under horrific conditions, while at the same time maintaining its journalistic integrity and independence.

In 2000, IPI named Kurspahić a World Press Freedom Hero. In 1993, during Kurspahić’s editorship, the European Parliament honoured Oslobođenje with the Sakharov Prize for Freedom of Thought. Kurspahić received the Courage in Journalism Award from the International Women’s Media Foundation and was a Nieman Fellow at Harvard University in 1994. 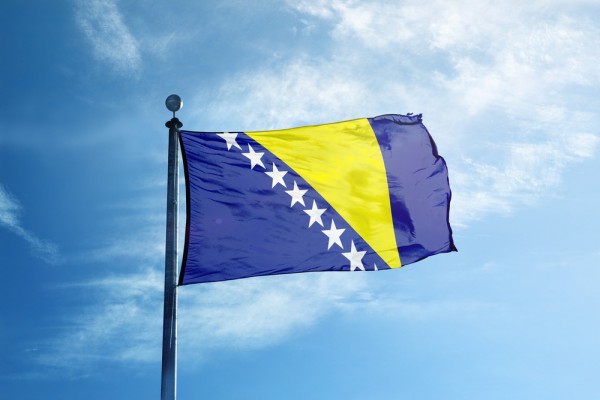