Understanding the deep currents of journalism

Well that was a news week! After a year when we all suddenly had to understand epidemiology, now we’ve all had to become experts in the demographics of contested counties across the United States! Luckily, the rapid synthesis of information is such a core journalism skill!

But, here’s another key skill: grasping (and reporting) the day-to-day surface shifts in our world, while balancing them with the deep currents that are changing our world. One of those deep currents? The continuing disruption and remaking of the media itself.

That’s called for us all to re-imagine journalism with 2020 vision — just as we’ve been doing through the recently wrapped IPI 2020 virtual World Congress. If you joined us for all or part of the Congress over five weeks through September and October, you’ll already have your own takeaways of what mattered most to you right now.

Here’s a few key take-outs that caught the eye of our team:

View all of our great sessions with terrific journalists and editors on the front line of journalism. 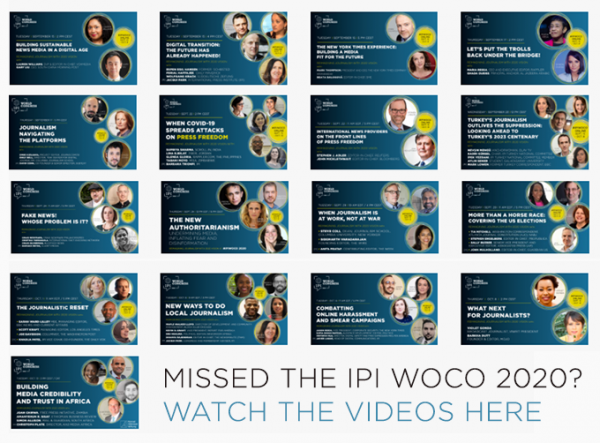 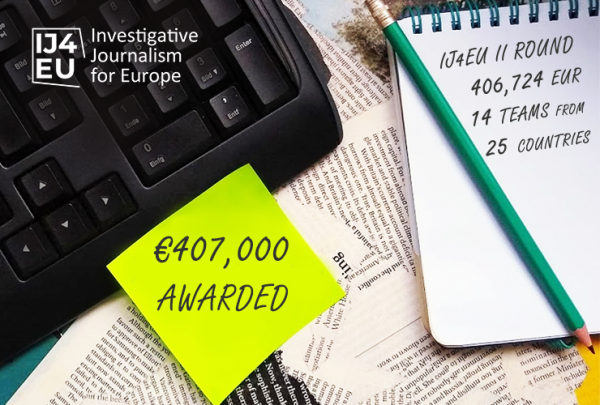 Who’s cashing in on the pandemic? How do arms dealers avoid tax? What’s the link between fake news and the extreme right? These are some of the 14 big questions that have won grants under the  IJ4EU Investigation Support Scheme, being run by the IPI global network with support from the European Union.

An independent jury awarded a combined €406,724 to journalists based in 24 European countries. Altogether, the jury has allocated €863,948 to 25 investigative projects in 2020. (See the results of the first call, announced in July).

“It was a hard choice”, says IJ4EU jury chair Wolfgang Krach, Süddeutsche Zeitung EiC: “It is encouraging to see how many teams of journalists and media outlets are strengthening their investigative efforts. For the jury, it was great to see how many excellent new investigative journalism projects from all over Europe applied for funding in the second round.” 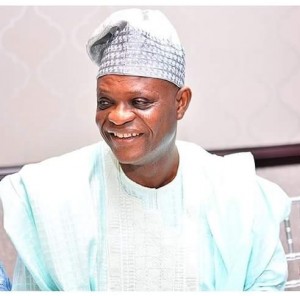 Raheem Adedoyin has been named to join the IPI Executive Board. Raheem is the publisher of ICON Magazine and the Nigeria National Committee Secretary. His Board position will have to be confirmed by the next IPI General Assembly, in 2021.

His nomination follows the sad passing of Malam Wada Maida.

We warmly welcome Raheem and look forward to working with him to strengthen the IPI Nigeria chapter! 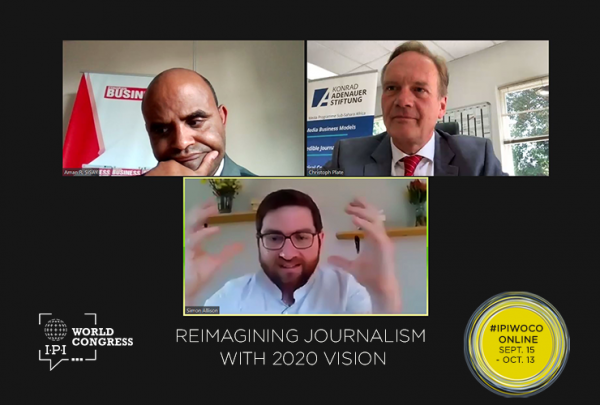 How African media finds its audience

The closing session of our virtual World Congress focused on one of the most exciting media stories: how journalists across Africa are building their audiences through those most valuable tools – trust and credibility. If you’re interested in Africa (and, if you care about journalism, you should be) you should read our report on what Simon Allison of the Mail & Guardian and Amanyehun Sisay of the Ethiopian Business Review had to say with Christoph Plate from IPI’s partner for the event, the Konrad Adenauer Foundation (KAS).

Africa is a hotbed of media innovation. With help from KAS, we’re keeping the conversation going. Our next on-line talk open to all IPI members is focussing on a big question: What are the business models that will work for African media? Join us on Tuesday, December 1 with an outstanding group of speakers. We’ll confirm all the details soon.

Around the world, media organizations with deep traditions are being bought up by rich people. Sometimes that’s great. And sometimes, it raises real concerns. Sometimes, they’re buying in as a commitment to sustaining independent journalism. That’s great! We need investors committed to our industry.  But sometimes, the purchase raises questions: is it a grab for influence? Is it to silence an independent voice?

In the Czech Republic, the country’s richest man has just bought the most influential television station, Nova, joining the club of wealthy Czechs who dominate the media.

The company, PFF Group, has said all the right words about media freedom and pluralism, but, as IPI National Committee Chair Michal Klíma writes for our website, concerns linger. The IPI global network has joined in, asking the new owners to commit publicly to uphold media freedom and respect editorial independence. The PFF Group did. You can read their letter here.

Other stories worth reading from our resources…

In Egypt, IPI member Mahmoud Hussein completed 1400 days in prison. Over 60 journalists are currently held behind bars in the country… In Venezuela, journalists are continuing their struggle to report critically under the weight of censorship and legal harassment… In the Baltic states, as media re-invigorate their mission, they tackle the Covid-19 challenge… In Hungary, the EU’s General Data Protection Regulation is being weaponized against independent media… In Poland, journalists are caught in the firing line as violence escalates… In the U.S., the IPI North America Committee protested planned changes to visa rules for foreign journalists.