The International Press Institute (IPI) strongly condemns the attack on Arab Israeli reporter Hassan Shaalan amid growing violence against members of the press in the region. Masked gunmen fired shots at Shaalan’s home and car in the Israeli city of Taibeh on June 3.

Shaalan writes about Arab affairs for the Israeli news website Ynet. According to news reports, the gunmen asked Shaalan’s neighbours where he lived and began shooting at around 1:50 a.m. Shaalan’s family was home at the time of the attack and bullets nearly struck the beds of his 4-year-old son and 13-year-old daughter, who were both in the room. No one was injured.

Israeli police have opened an investigation into the attack, though no suspects have been announced. While the motive for the shooting has not yet been officially determined, Shaalan told Ynet he was most likely targeted for his journalistic work. He added that he knew he was being personally targeted when the gunmen began shouting his name along with expletives.

Shaalan had previously received death threats for his work, which has covered gang violence in Arab towns and the recent unrest in mixed and Arab towns across Israel-Palestine that occurred before and during the May war in Gaza. No suspects have yet been apprehended in the case.

The week before the attack, Shaalan told the Israeli newspaper Haaretz he did not feel safe while reporting due to police violence against Arab journalists and the impunity with which the violence is carried out.

Shaalan, along with other Arab journalists, had shared a protest letter that week addressed to Israeli police and organized a demonstration against police violence in Jerusalem’s Sheikh Jarrah neighbourhood. Sheikh Jarrah was also the site of the recent arrest of Al Jazeera correspondent Givara Budeiri.

“Israel should promptly and thoroughly investigate the recent armed attack on the home of Hassan Shaalan and bring those responsible to justice”, IPI Deputy Director Scott Griffen said. “Violent threats against journalists must be taken extremely seriously, especially in an environment of increased attacks on members of the press.”

IPI has documented several recent attacks on journalists in Israel and Palestine, which IPI Executive Director Barbara Trionfi said last week appeared to be part of an ongoing effort by Israeli security forces to suppress independent coverage of the region.

Stay in the loop! Subscribe to the IPI Weekly Digest 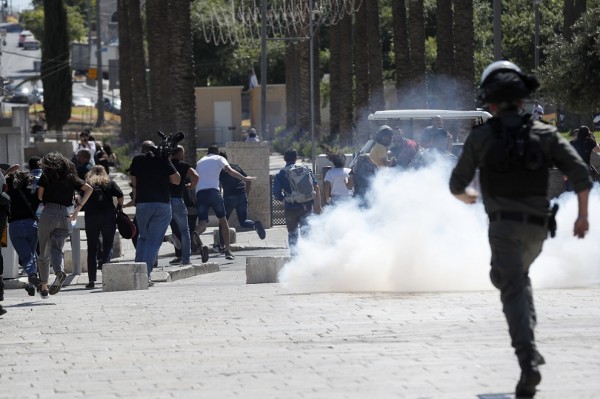