Lack of transparency from government poses challenges for journalistic reporting

Among the many challenges faced by independent journalists in Greece, the failure — or, at times, refusal — of authorities to provide information is arguably one of the most disquieting.

Despite some progress in the last decade or so with respect to the online publication of state contracts and various administrative documents, many decision processes that should be transparent are obfuscated by lack of access to the relevant paper trail, or by the administration’s failure to offer a reasoning for them.

To cite but a few examples, in the context of stories we have been researching in recent months, our investigative team has addressed requests for information to various authorities, including: the Ministry of Energy, regarding measures to address Greece’s rising energy prices and specifically the results of the Minister’s meetings with private energy producers, as well as apparent moves to delay permits for renewable energy storage technologies; the Ministry of Health, regarding wording in recent legislation that appeared to promote a pseudo-scientific approach to prenatal care; the Office of the Prime Minister, regarding an announcement by the PM, in March 2021, that a special assistant ombudsman would be appointed to oversee police violence complaints; the Ministry of Citizen Protection, regarding legislation to modernize police training that was announced a year ago, but has not as yet been introduced; the police, regarding the progress of specific disciplinary proceedings against officers accused of unlawful violence; and the Greek Ombudsman, regarding their role as overseer of the police disciplinary process.

Out of these authorities, only the Greek Ombudsman answered our questions fully. The police took four months to process our request. After repeated reminders and phone calls to the spokesperson, we received a partial reply with no explanation as to why the rest of our questions went unanswered. Despite, again, sending repeated reminders and talking to responsible press officers, neither the ministries nor the prime minister’s office ever replied.

Solomon, an independent online outlet that focuses mainly on migration management issues, has faced similar problems. “Every time we address the Ministry of Migration and Asylum with questions or ask for some data”, says Solomon’s director Iliana Papangeli, “they assure us they are ‘working on it’, but weeks later we have still not received any answer.”

At one point, Papangeli recalls, “after several unanswered requests, we wrote to them (that) we would finally publish a piece about their lack of accountability, and asked for a comment on this at least. We received an angry response claiming they had never received any questions from us, so we simply sent them the screenshots of all email exchanges. But this was the only time they replied within an hour or so.”

Reporters United, a network of reporters who publish investigative stories on Greek topics, but also do a lot of cross-border, collaborative work, has likewise been up against the Greek authorities’ refusal to engage with independent journalists. In a characteristic case, while researching a collaborative story with Investigate Europe on how the Greek government blocked an EU directive to promote gender equality in the labour market, they addressed questions to the government and Prime Minister Kyriakos Mitsotakis, which went unanswered for months. Only after publication did the government issue a statement denying the report.

According to Thodoris Chondrogiannos, a reporter with Reporters United, the government discriminates between media that support it and media that could expose “wrongdoing”, to which it denies information. “Ignoring them”, he says, “is intended to delegitimize their investigative journalism, by signaling that ‘they are not serious enough to talk to’.”

However, once a story becomes widely known, says Chondrogiannos, “the government is often forced to speak out publicly, in order to refute the report for which they refused to answer before publication, in an effort to satisfy their political audience and avoid looking weak.” 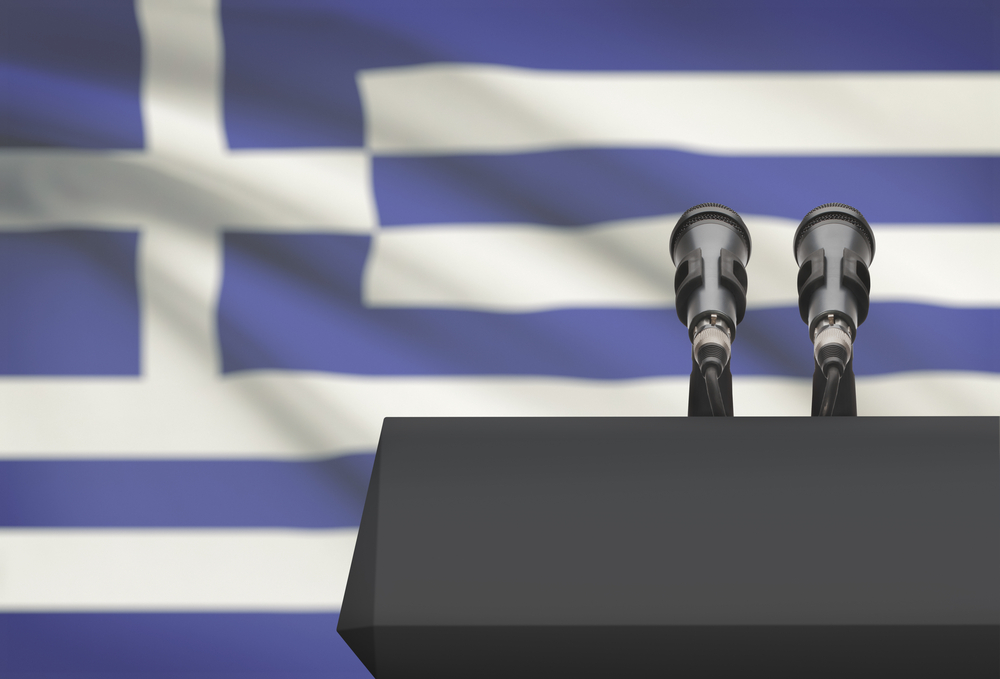 Journalists with non-Greek media are hardly better off when seeking information in Greece. Ingeborg Eliassen, a journalist with Investigate Europe who covered migration for many years, says that she often found it difficult to “establish any meaningful communication with the state authorities in this field”, though she has at times been helped by the Ministry of Foreign Affairs.

“There may have been an English-language website”, says Eliassen, “but no contact info for a press office. If there was a press office and a contact number, it did not necessarily answer calls. If it did, I would be told to send an e-mail, which was rarely answered. If answered, after repeated reminders, it was mainly to say they were not the right ministry to address. On one occasion, the switchboard gave me a phone number, but hung up when I asked whom it would lead to. No one picked up on the given number. On another occasion, a person I reached that worked on the issue, said he was not allowed to talk with journalists. He had no suggestion of whom I should speak with instead.”

Eliassen has found these experiences discouraging from a public interest and press freedom point of view. “I also find them remarkable”, she says, “from the point of view of perception: they make Greek authorities seem indifferent and unprofessional, regardless of whether that is true or not. In several of the stories I have worked on, I have had to do without perspectives from the Greek government that would have enriched the understanding of the issues.”

To be sure, Greece has the trappings of transparency that one is entitled to expect in a democracy. In fact, the obligation of the government, and public authorities more generally, to disclose public interest information is enshrined in the constitution and various laws. In practice, however, decision makers are often less than forthcoming with all but the most innocuous information.

Vouliwatch, a parliamentary watchdog that also provides journalistic coverage of the legislative process, has at one time or another been refused access to data on political parties’ misappropriation of parliamentary funding, on presents received by parliament members from private individuals, and most famously on the criteria behind the disbursement of public funds to the media for Covid-19 “stay-at-home” campaigns. Vouliwatch has had to go as far as taking legal action in order to obtain documents that should have been speedily made available.

“Decision-making transparency and access to information constitute two fundamental elements of a healthy, democratic system of governance”, says Stefanos Loukopoulos, director of Vouliwatch. “Unfortunately neither of them seem to be viewed as a priority by Greek governments, who systematically and stubbornly fail to meet their obligations set by existing legislation and the Greek Constitution. This essentially renders the exercise of public oversight by journalists and civil society organizations a quasi-Herculean task, which more often than not discourages the pursuit of otherwise important investigations at the expense of transparency and political accountability.”

Transparency laws and constitutional protections are indispensable. What is also necessary, however, is for state authorities to forge a culture of accountability that includes engaging with independent journalists instead of pretending they don’t exist.

The Manifold is an investigative outfit with members in Athens, Nicosia and London. They run The Manifold Files.