Greece must provide safe working environment for all journalists

The IPI global network today expresses regret over the involuntary departure of Dutch journalist Ingeborg Beugel from Greece, after she faced physical and online threats following a heated exchange with the Greek prime minister over refugee pushbacks in the Aegean Sea. IPI stands in full support and solidarity with Beugel and calls on Greece to provide a safe working environment for all journalists.

On 17 November 2021, Beugel, a Dutch freelance correspondent, revealed she planned to leave the country over fears for her safety after she experienced an aggressive smear campaign online and in pro government media following her questioning of PM Kyriakos Mitsotakis on 9 November over allegations of his country’s illegal pushbacks.

During the joint press conference with the Dutch PM Mark Rutte, Beugel openly asked the Greek PM when he would “stop lying” about the pushbacks, to which Mitsotakis responded: “Look, you will not come into this building and insult me. Am I very clear on this?” The exchange was shared widely on social media, garnering both praise and criticism.

Beugel was then targeted with insults and accused of spreading Turkish propaganda. She was also the focus of attempts to discredit her by numerous media in Greece, including comments which accused her of spreading lies and being a “pro-Turkish” agent. Other reports delved into her personal life. Recently, she was hit by a stone thrown at her by a man in a dark street, who called her a “Turkish spy”.

“The threats and violence against Beugel, as well as her involuntary departure from Greece, are unacceptable”, IPI Deputy Director Scott Griffen said. “Journalists fulfilling their watchdog role and asking uncomfortable questions – however pointedly – about a matter of clear public interest should never face such extreme intimidation. The shameful and coordinated attempt to discredit Beugel work and bully her out of the country raises yet more worrying questions about press freedom in Greece. IPI stands in full solidarity with the journalist and will offer practical assistance through the Media Freedom Rapid Response project.”

Since the press conference, the threats directed at her have become increasingly severe, Beugel told IPI. “I cannot return to the island of Hydra where I have a house, because people will throw stones and tomatoes at me, and I will be attacked. I cannot leave the house unaccompanied anymore. Some newspapers now write multiple negative stories about me each day. My life here has become very unsafe.”

Beugel, who is a permanent resident and has lived in Greece for 40 years, said that the online harassment and threats she was facing had made it impossible to remain in the country. “People write that my head should be shaved, that I should drown together with the refugees, that I deserve to be tarred and feathered. Many of the comments are very sexist. I cannot read it anymore.”

Beugel was threatened so much that she returned to #Netherlands after advice from Dutch Ministry of Foreign Affairs & embassy. This shameful & coordinated attempt to discredit her work raises yet more worrying questions about #pressfreedom in Greece. @nvjhttps://t.co/df3Dk23sON pic.twitter.com/eBVVwdF2tT

Beugel said the harassment was part of a wider campaign to silence critics of Greece’s migration policies. “They intimidate, demonize and criminalize aid workers and NGOs that help refugees, and all those who question the policies and the pushback of migrants”, she said. “Many journalists on the Aegean islands are arrested and interrogated, their material is taken from them and from TV crews. Many get slapped with court cases. I have two court cases against me. The only goal is to make people afraid and to have a chilling effect on others to speak out.”

Beugel made the decision to leave the country after security advice from the Dutch Foreign Ministry and the Dutch embassy in Greece, as well as the Dutch Journalists’ Association NVJ. “They all told me my safety is not guaranteed here”, she said. “Then the only right decision is to come home for a while at this point.” She said she would return home for an “indefinite period” and one day wished to return to Greece.

The journalist will file a complaint with the Greek police over some of the threats she received. When exactly she will return to the Netherlands has been kept a secret for her safety. She was previously arrested in June 2021 and is currently facing trial in Greece on charges of illegally hosting an Afghan refugee in her house, which carries a 12-month prison sentence and fine of €5,000.

Despite the threats, her questions at the press conference have also led to some positive development, she added: “After my remarks, a fierce debate has finally exploded in Greek society about the close government involvement in the media”, she said. People tell me that I have brought both matters – lies about pushbacks and the quality of journalism – on the political agenda with just one question.”

IPI is concerned about Greece’s deteriorating state of press freedom, after multiple violations against journalists occurred this year. On April 9, the Greek journalist George Karaivaz was brutally murdered by unknown individuals in a suburb of Athens. More recently, parliament voted to approve a vaguely-worded legal amendment to the criminal code which allows journalists to be prosecuted and jailed for publishing “false news” deemed capable of causing “concern or fear to the public or undermining public confidence in the national economy, the country’s defense capacity or public health”. On November 15, the Greek journalist Stavros Malichudis was reported to have been secretly surveilled and monitored by the National Intelligence Service over a report about a refugee child from Syria. 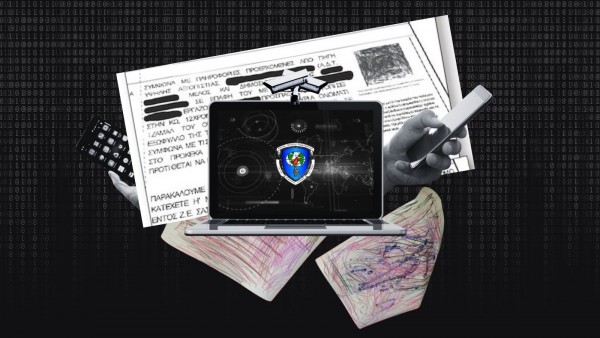