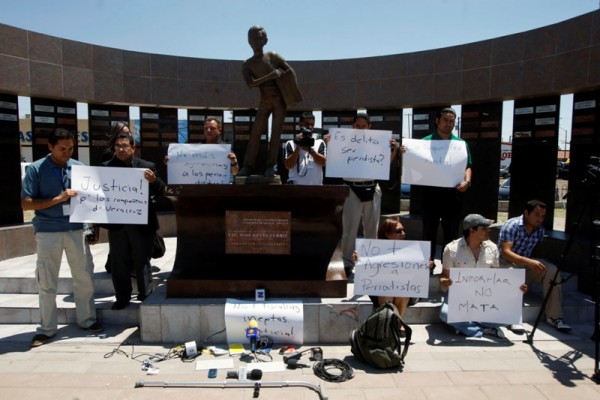 The members of the International Press Institute (IPI), meeting at their 62nd Annual General Assembly during the IPI World Congress on May 20, 2013 in Amman, Jordan, adopted by unanimous vote a resolution calling on states to implement laws and policies aimed at promoting a safe environment for journalists and fighting impunity in cases of […] 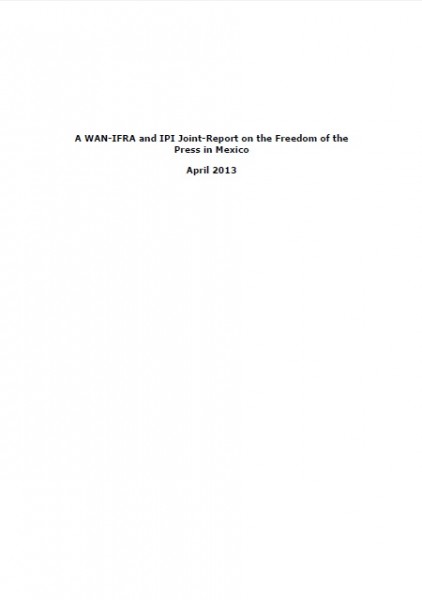 IPI/WAN-IFRA Report on Freedom of the Press in Mexico

Lea este informe en español A joint delegation of the International Press Institute (IPI) and the World Association of Newspapers and News Publishers (WAN-IFRA) conducted a three-day press freedom mission to Mexico in February 2013 to evaluate strategies adopted by government and media actors to ensure journalist safety in the country, which has ranked as […] 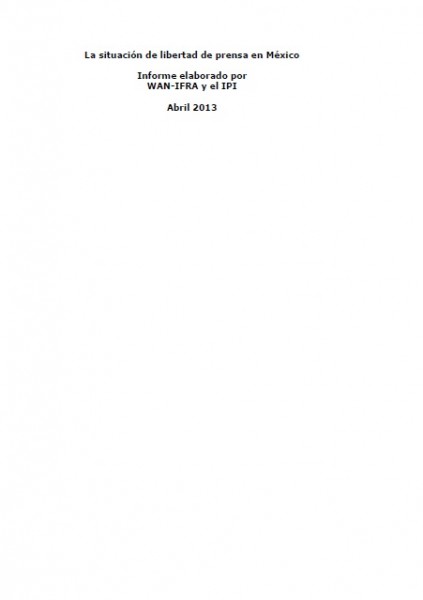 Read this report in English

The members of the International Press Institute (IPI), meeting at their 60th Annual General Assembly during the IPI World Congress on 26 September 2011 in Taipei, Taiwan, adopted by unanimous vote a resolution calling on the government to end violence against journalists and lack of prosecution of the killers in Mexico. Mexico has become the […]