Latest News and Monitoring,From Our Network from Thailand 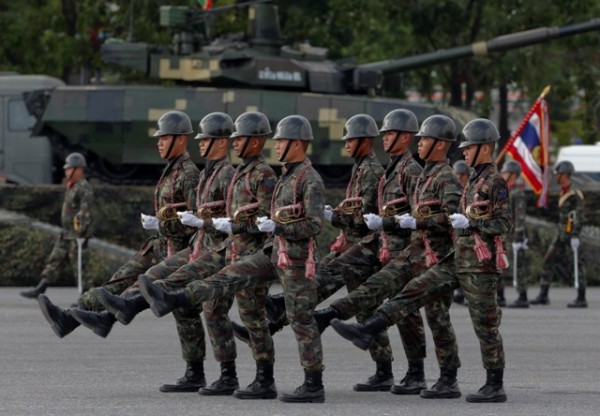 Thailand’s ruling military junta has banned a prominent journalist from leaving the country to attend UNESCO’s 2016 World Press Freedom Day conference in Finland. Pravit Rojanaphruk – who requires government permission to travel abroad following a previous run-in with the junta – said this week that authorities had rejected his request to attend the May […]

All independent television and radio broadcasts in Thailand, including transmissions from foreign stations such as the BBC, Fox and CNN, have been suspended since Thursday’s military coup, replaced by a military-run TV and radio broadcast that has been playing throughout the country. Print media, Internet and news apps are still running and available, but social […]

The International Press Institute (IPI) on Monday expressed concern about the lèse majesté charges pending against Thai editor Somyot Prueksakasemsuk in connection with two articles that appeared in his newspaper, the Voice of the Oppressed (Voice of Taksin), earlier this year and which, Thai authorities argue, made negative references to the monarchy. Lèse majesté laws, […]