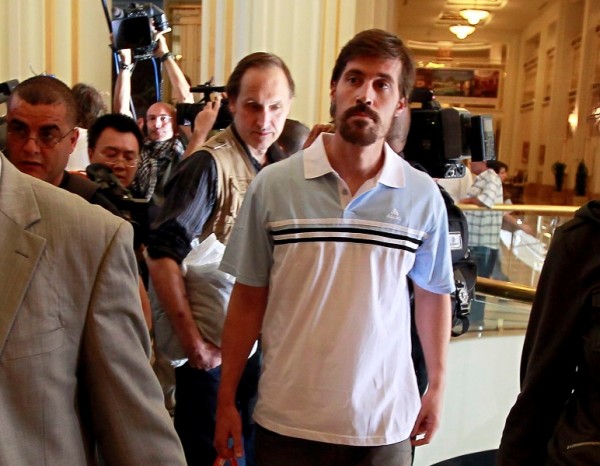 The International Press Institute (IPI) today condemned the apparent murder of freelance American photojournalist James Foley by militants seeking to carve out an Islamic state in Iraq and Syria. A video posted online yesterday purported to depict an extremist from the Islamic State beheading Foley, who disappeared in Syria in November 2012 while reporting on […]

Syrian journalist focuses on the human side of conflict

As the uprising against Syrian President Bashar al-Assad turned into a nationwide civil war in 2011, a group of university students gathered in a friend’s basement in Aleppo to write articles and design the cover of their new magazine, Rebel. The Syrian revolution was becoming increasingly violent, but the danger didn’t stop the students in […]

Arta FM announced today that local authorities lifted a ban on news broadcasts and would resume regular programming, a day after the International Press Institute (IPI) protested unexplained restrictions placed on the community radio station in northern Syria [see statement below]. “The international attention was very important and helpful [and] made clear that ARTA FM […]

The North American Committee of the International Press Institute (IPI) today called on media outlets worldwide to exercise greater care in deploying correspondents to Syria, citing an epidemic of kidnappings of journalists in the war-torn country. The Associated Press (AP) recently reported that at least 30 journalists have been detained in Syria and 52 killed […]